Asda has come under fire for charging some customers £1 to pump up their tyres at some of its petrol stations.

Motorists have complained the sum is more than double what rivals charge for air. Asda insists it typically charges 10p per minute, with a minimum spend of 20p. Anybody using a card pays 50p.

A spokesman says customers had been mischarged due to a payment glitch at some of its sites. It is investigating. 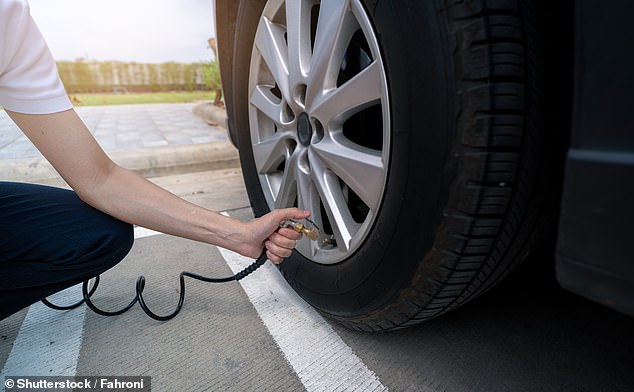 Pumped up prices: Motorists are complaining after being charged £1 to pump up their tyres at some Asda petrol stations

Last year, Sainsbury’s attracted similar ire when it introduced a 30p surcharge for air at its stations nationwide.

Prior to that Tesco was criticised for doubling the cost of petrol station air from 20p to 50p. Morrisons charges 50p for use of its air pumps.

Motoring bodies hit out at the prices as they worried it may put drivers off inflating their tyres.

RAC fuel spokesman Simon Williams, said: ‘There has been a big jump in prices for petrol station air, which won’t encourage drivers to ensure they have correct pressure in their tyres.’

BT’s board, and government ministers, on red alert over Patrick Drahi

The investment funds that could shine in the years ahead