The boss of Aviva has hit out at misogyny in the City after she was subjected to ‘flabbergasting’ sexism from shareholders.

In a LinkedIn post, she urged women to speak out and pushed men to be more supportive. 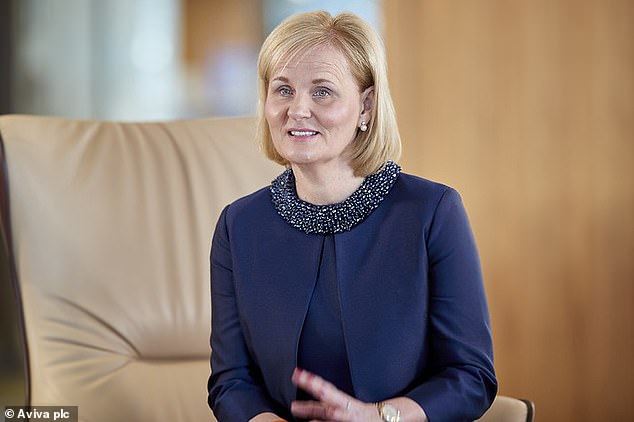 She said: ‘After 30-plus years in financial services, I am pretty used to sexist and derogatory comments.

‘Sadly, just like many other women in business, I’ve picked up my fair share of misogynistic scars.’

Blanc, who has had senior roles at insurers Axa and Zurich, added: ‘I would like to tell you that things have got better in recent years, but it’s fair to say that it has actually increased – the more senior the role I have taken, the more overt the unacceptable behaviour.

‘The surprising thing is that this type of stuff used to be said in private, perhaps from the safety of four walls in an office – that people are now making these comments in a public AGM is a new development.’

At Aviva’s annual general meeting this week, investors questioned whether Blanc should be ‘wearing trousers’ and said women are ‘good at basic housekeeping activities’.

Top French chef Pierre Koffmann talks to ME & MY MONEY