Bank of England must put up rates again to prop up the pound and curb inflation, says top official

The Bank of England must hike interest rates more aggressively to prop up the pound and bring inflation back under control, according to one of its officials.

Catherine Mann, who sits on the rate-setting Monetary Policy Committee (MPC), said she feared the weakness in sterling was worsening the cost of living crisis by making imports more expensive. 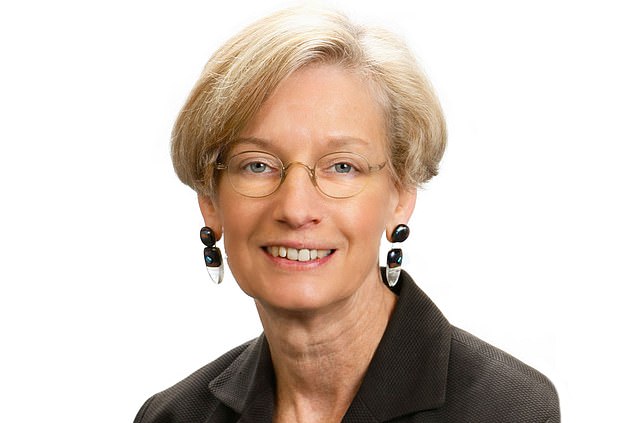 Catherine Mann (pictured), who sits on the Bank of England’s rate-setting Monetary Policy Committee, said she feared the weakness in sterling was worsening the cost of living crisis

Her comments came just days after the Bank voted to hike interest rates by 0.25 percentage points to 1.25 per cent rather than taking the larger leap to 1.5 per cent.

But that latest meeting of the nine-strong MPC exposed a growing divide between its members.

Mann and two others voted for rates to rise by 0.5 percentage points to 1.5 per cent – but were outvoted by the other six.

The three who voted for the larger increase are so-called ‘external’ members, meaning they are not employees of the Bank.

The split, at a time when many other economists are also calling for more aggressive rate hikes to tame inflation, has renewed criticism that the Bank’s ‘internal’ staff are suffering from group-think.

Former Bank governor Lord King poked fun at the MPC in the Spectator magazine recently, saying it was ‘time to have a word’ with members who as recently as last year were considering cutting rates into negative territory.

‘The Bank will surely act to prevent a continuation of high inflation,’ he added.

New tectonic plate model shows how Earth was organized as a supercontinent 2.8 million years ago

On your bike! The Dutch bicycle hire firm getting Britain peddling again

RateSetter hands back £384m to 45,000 investors after Metro Bank takeover

I’m can’t sell my flat due to cladding issues, will Gove’s proposals help me?