Diageo has paid its boss £7.9million as the cost of living soars.

The Guinness and Johnnie Walker maker gave Ivan Menezes a £6.3million bonus on top of his £1.6million salary, pensions and other benefits. It meant his pay jumped by just over £1.8million from a year earlier.

Menezes, who took over the drinks giant in 2013, has racked up a whopping £55.7million in his tenure. 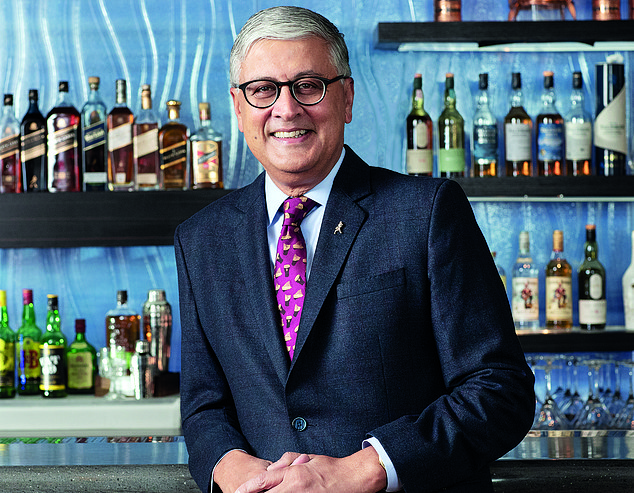 Diageo boss Ivan Menezes, who took over the drinks giant in 2013, has now racked up a whopping £55.7m in his tenure

He has consistently been one of the best paid bosses in the FTSE 100.

And for the 63-year-old, it will have been a year to enjoy. His £133,000 overall benefits package included a ‘product allowance’ – a tab for directors to drink the company’s products.

The allowance was tallied alongside Menezes’s life and long term disability cover to come to £4,500.

It started the year well with sales in the first half climbing by a fifth. But as energy and shipping costs soar, it has put up prices by around 5 per cent.

Wary of electric cars? Go middle of the road with a plug-in hybrid

Investment trusts that have been around for more than 70 years