Retailer JD Sports has upgraded its annual profit predictions for the second time in four months following solid sales over the Black Friday and Christmas seasons.

The blue-chip listed firm revealed revenues were more than 10 per cent higher than in the equivalent period in 2020, despite coronavirus creating significant problems for the group.

These include disruption to the supply of goods from particular brands and trading restrictions across Europe and Southeast Asia, which bosses at the company said JD is ‘well placed to manage.’ 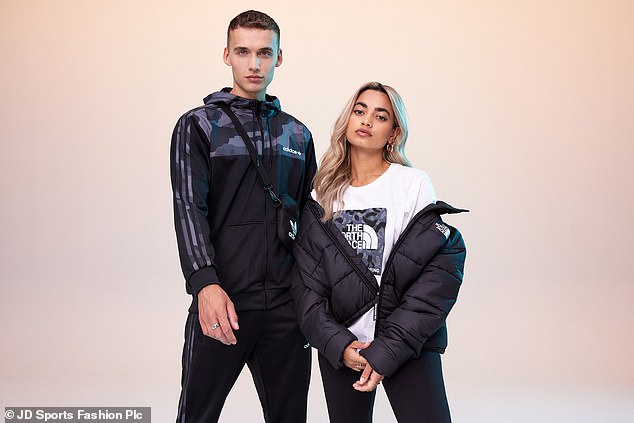 Booming sales: Blue-chip listed JD Sports revealed revenues in its like-for-like businesses were more than 10 per cent higher than the equivalent period in 2020

It now forecasts at least £875million in headline pre-tax profits for the 12 months to 29 January, a £65million increase above average current market anticipations.

About £100million of this figure has been attributed by the sportswear chain to the US Government’s $1.9trillion coronavirus relief package passed last March by President Joe Biden.

The group said it expects similar profit levels next year, as long as the UK and North America see no additional trading restrictions and accounting for the benefit provided by the US stimulus package and the extra UK employment costs.

Executive chairman Peter Cowgill said: ‘The commitment of our colleagues is crucial to our success and I would like to thank everyone in our various businesses for their significant contribution in delivering this outstanding performance.’

But he warned that the incoming 1.25 per cent hike in National Insurance rates from April, combined with rising wage costs, will have a negative impact and called on Chancellor Rishi Sunak to reconsider the impending rise.

He told the Evening Standard: ‘The imposition on businesses this year, at a time when you’ve got such wage inflation in any event, is pretty strong. 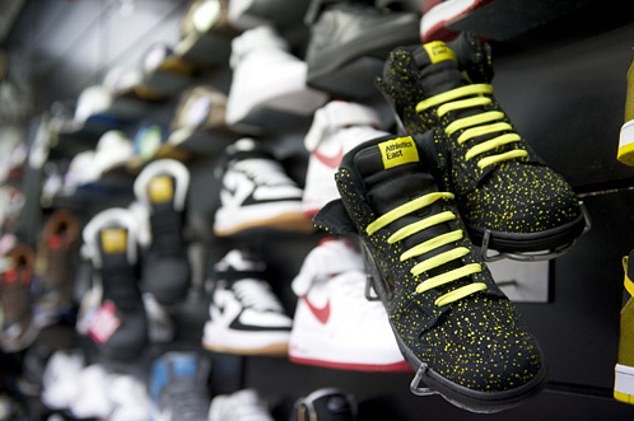 Expansion: JD Sports has bought numerous firms in the last year, including Poland-based Marketing Investment Group and 80 per cent stakes in Deporvillage and Cosmos Sports

‘You’ve got the imposition of national insurance, and you’ve got the increase in corporation tax as well. That impacts on retained profits for investment.’

The UK Government is bringing in the National Insurance rise with the intention of funding social care and helping reduce the backlog on the NHS, where about 6 million people are currently waiting for routine hospital treatment.

Think tank The Resolution Foundation has estimated that this levy hike will put another £750 per year onto the average tax bill of those in the top half of the income scale.

But JD Sports’ performance during the pandemic has left it in a much stronger position than many companies and enabled it to embark on an expansion drive through purchasing other sports clothing firms.

However, the Competition and Markets Authority ordered the group to sell the Footasylum brand over concerns that its takeover could reduce competition in the footwear industry and lead to higher prices and less choice for customers.

Nonetheless, Keith Bowman, Investment Analyst at Interactive Investor, said today that the brand’s ‘track record for expansion and acquisitions is strong, with growth in the US proving its most recent focus.

‘Online sales have seen JD weather pandemic store disruption well, while a previous logistics deal with Clipper underlines its intention to continue growing the channel. In all, and aided by today’s upgrading of profit guidance, analyst consensus opinion is likely to remain highly favourable, pointing to a strong buy.’

Shares in JD Sports closed trading 3.3 per cent lower at 211.5p on Wednesday, although their value has still risen by just under a quarter over the last 12 months.

Eliot Kennedy: I wrote a Spice Girls song that made me £1million