There’s little sign of a recession for luxury car brands with some of the best-known high-end marques posting record levels of demand and impressive half-year profits in recent days.

Lamborghini announced that sales are up 5 per cent in its opening six months, though profits surged by a massive 70 per cent. CEO Stephan Winkelmann also confirmed it already has enough orders to cover the entirety of next year’s production run, ultimately meaning it has sold out of supercars until 2024.

In the same week Ferrari revealed record sales and profits for the second quarter and Bentley reported its best ever financial results for the first half of a year, as the rich show no sign of slowing down when it comes to splurging on the world’s most exclusive motors. 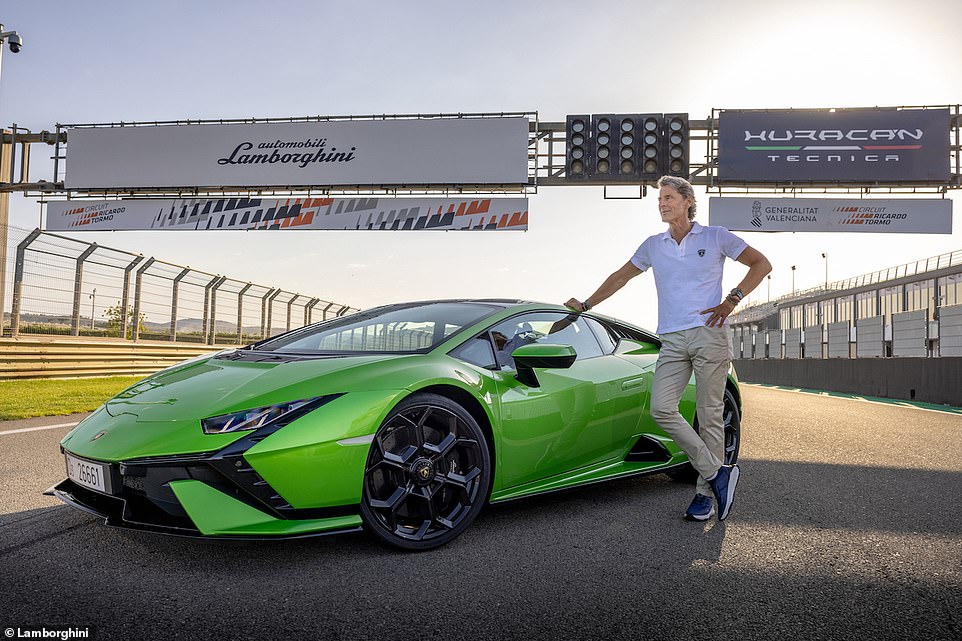 No sign of recession here: Exclusive car makers have been posting record financial results for the first half of the year, with Lamborghini CEO Stephan Winkelmann (pictured) confirming the company has enough orders to cover 2023 production

Business has been booming for makers of supercars and luxurious motors since the pandemic.

The rise in orders for flashy vehicles in the last two years is said to be down to the wealthy adopting a ‘life-is-too-short’ mentality, increasing frivolous spending after months of Covid lockdowns and restrictions.

And this trend has continued, with premium auto brands reporting incredible sales figures and financial gains in 2022.

The UK economy may be set to plunge into recession and similar concerns stand for the US, but the same can’t be said for manufacturers of the world’s most exclusive motors.

Lamborghini revealed earlier this week that it has enjoyed its best opening six month of a year on record in terms of sales, turnover and profitability.

Global deliveries stood at 5,090 vehicles (an increase of 5 per cent year on year), of which 61 per cent were Urus SUVs.

The £160,000 ‘super-SUV’ has been a big hit since its release in 2018 and continues to be a huge success for the brand, easily outselling supercar models – including Huracan and Aventador – that Lamborghini is most famous for. 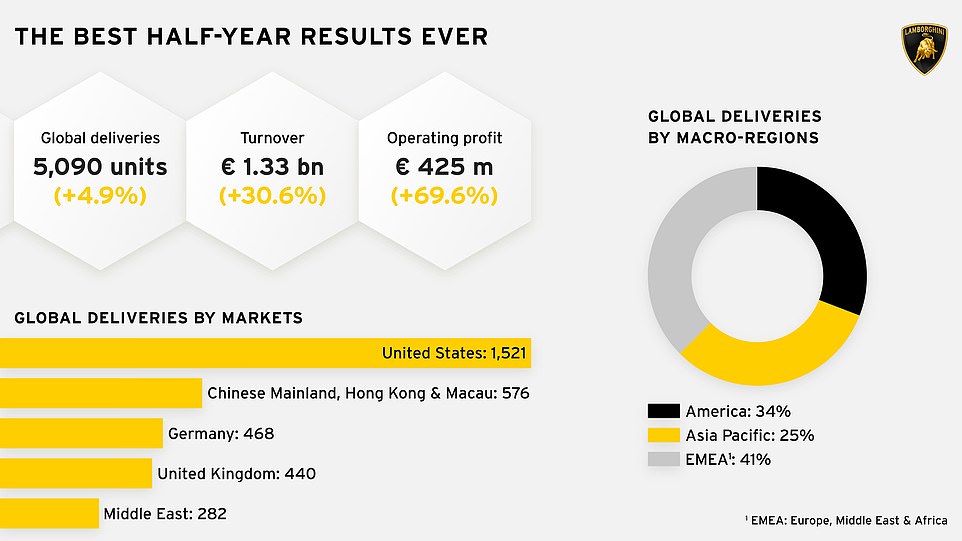 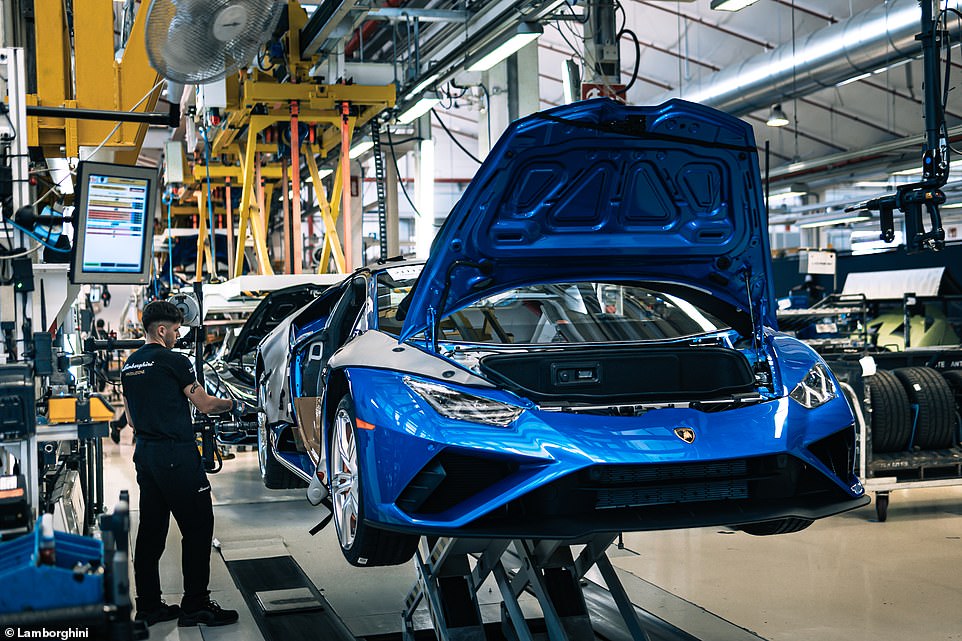 Lamborghini’s chairman said that demand is at such high levels that it covers the entirety of next year’s production run, ultimately meaning it has sold out of cars until 2024 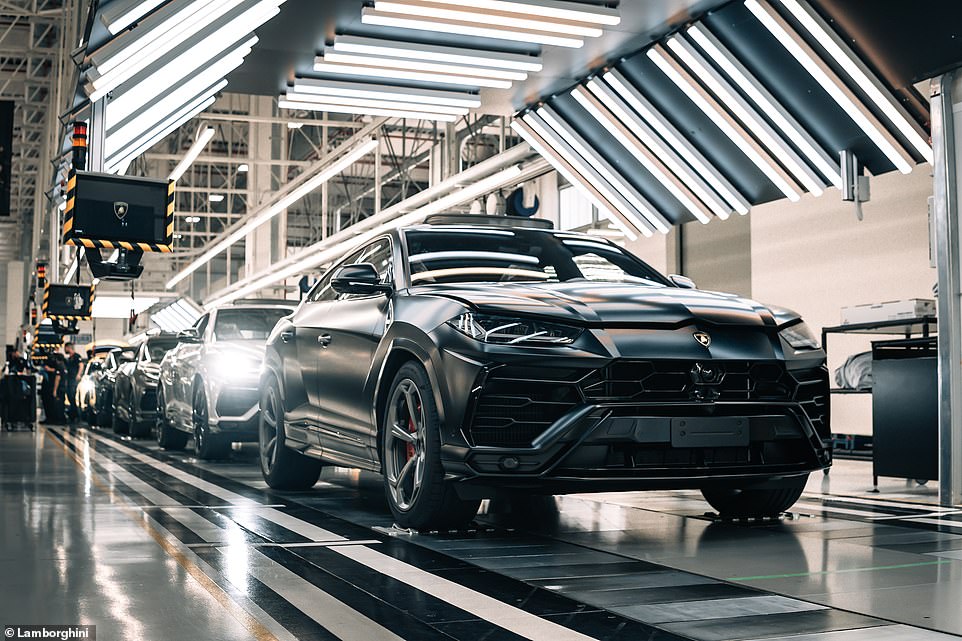 In terms of financial indicators, turnover reached €1.33billion (£1.12bn) in January to June, which marked an increase of 30.6 per cent over the first six months of 2021.

Demand for its supercars is so high, in fact, that Lamborghini’s CEO and chairman says it has essentially sold out for 2023.

‘We have come to the end of an exceptional first half of the year, despite ongoing uncertainty caused by the geopolitical situation,’ Mr Winkelmann commented in the company’s latest quarterly report.

‘The outlook is equally positive, with orders taken already covering the whole of 2023 production.’

Paolo Poma, managing director of Automobili Lamborghini, added: ‘This is a very challenging time but Lamborghini is facing it successfully thanks to a clear long-term strategy, which is bolstered by the brand’s great appeal.

‘The results from the first half underline the positive trend and strengthen our conviction that we can end 2022 with a significant increase in results compared to the previous year.’ 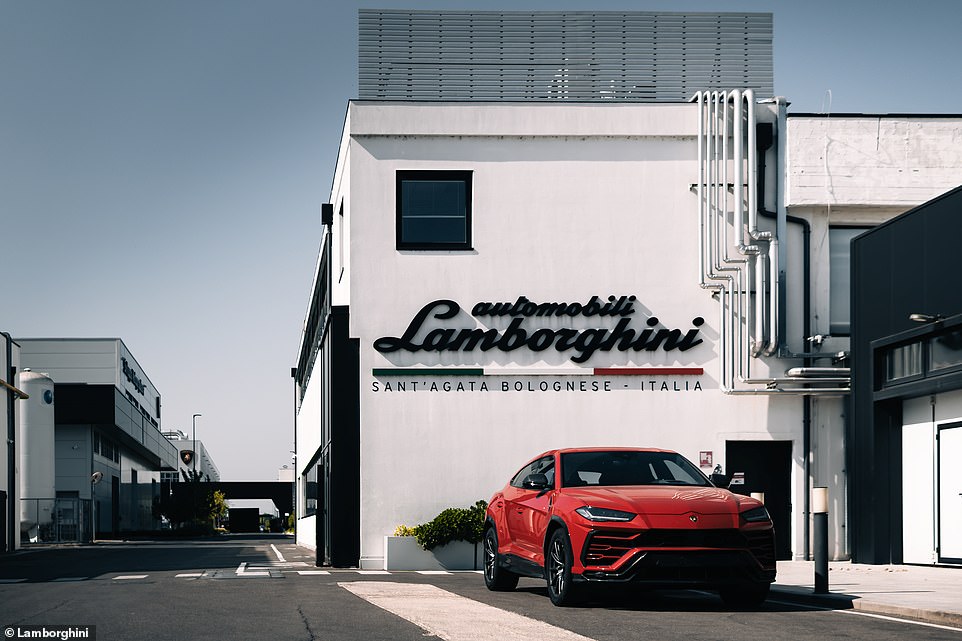 Lamborghini revealed earlier this week that it has enjoyed its best opening six month of a year on record in terms of sales, turnover and profitability 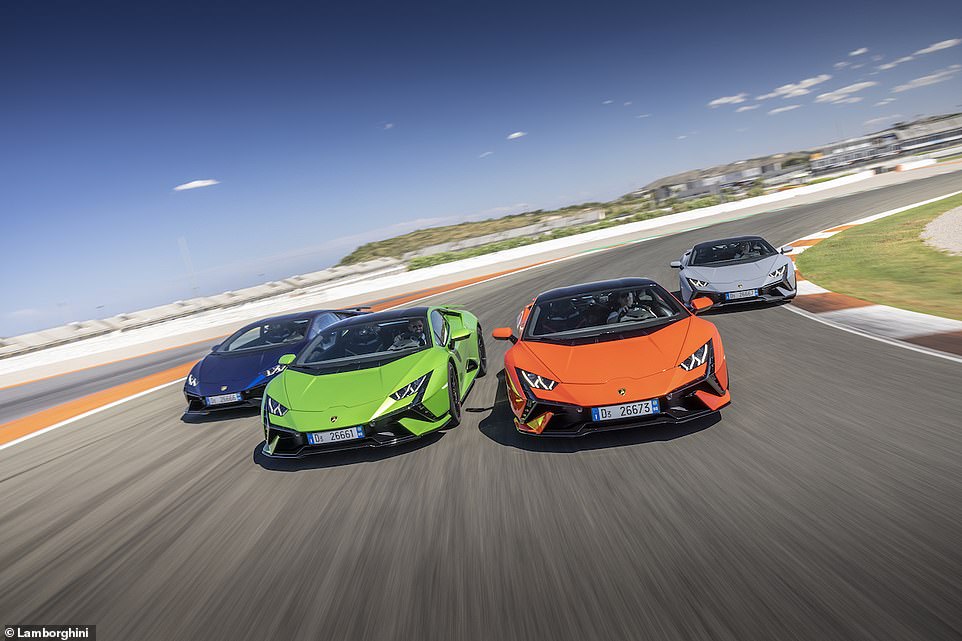 Paolo Poma, managing director of Automobili Lamborghini, said the brand is facing a challenging time but is has been experiencing unprecedented successful ‘thanks to a clear long-term strategy, which is bolstered by the brand’s great appeal’

Just 20 miles down the road from Lamborghini’s headquarters in Sant’Agata Bolognese, Ferrari has also released its latest financial results from its Maranello HQ in Modena.

Arguably the world’s most iconic car marque, it announced that the company had beaten earnings forecasts and achieved record orders in the second quarter of 2022, driven by a 62 per cent growth in demand in the Amercias.

Total shipments in the April-to-June quarter rose 29 per cent to 3,455 motors, with deliveries more than doubling in China to 358 units.

With businesses booming, driven by increased demand for its Portofino M and F8 family models in particular, Ferrari has gleefully raised its full-year forecast. 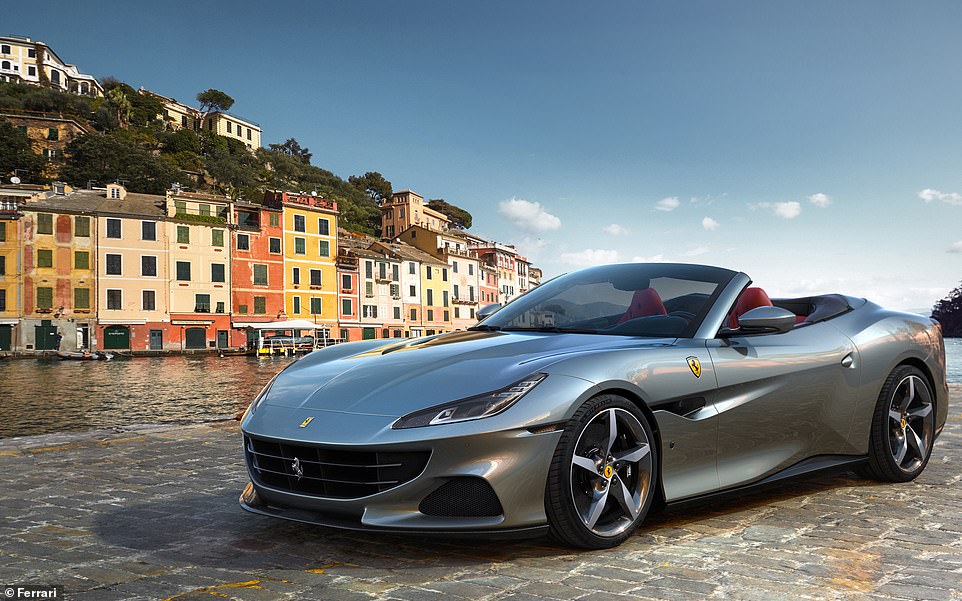 Ferrari says its successes in 2022 so far has pushed it to raise its full-year forecast. It said increased demand for its Portofino M (pictured) and F8 family models in particular had driven a surge in sales

‘The quality of the first six months and the robustness of our business allows us to revise upward the 2022 guidance on all metrics,’ chief executive Benedetto Vigna said in a statement.

Like rival Lamborghini, on overflow of demand for its high-end cars means most of its existing model range is currently sold out to new customers wanting their first taste of the famous Rosso brand.

And it isn’t just the Italian marques enjoying success.

Bentley, based in Crewe, announced at the end of July that first-half operating profits had more than doubled in the first six months of this year, boosted by increased customisation of cars as sales rose significantly in Europe and Britain despite ongoing global economic uncertainty.

‘Despite the continued global economic instability, it is promising to see Bentley is showing financial consistency as we reinvent the company,’ chief executive Adrian Hallmark said in a statement. 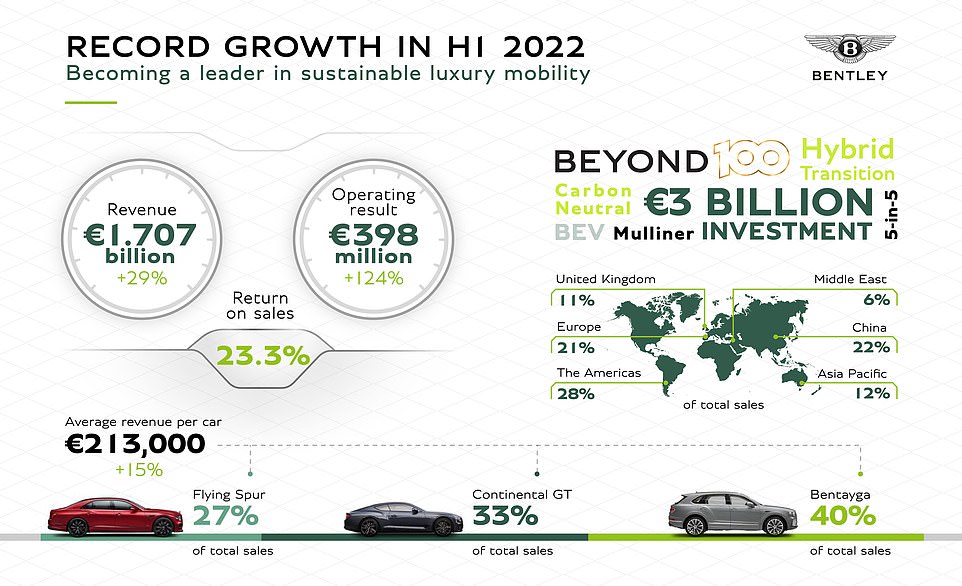 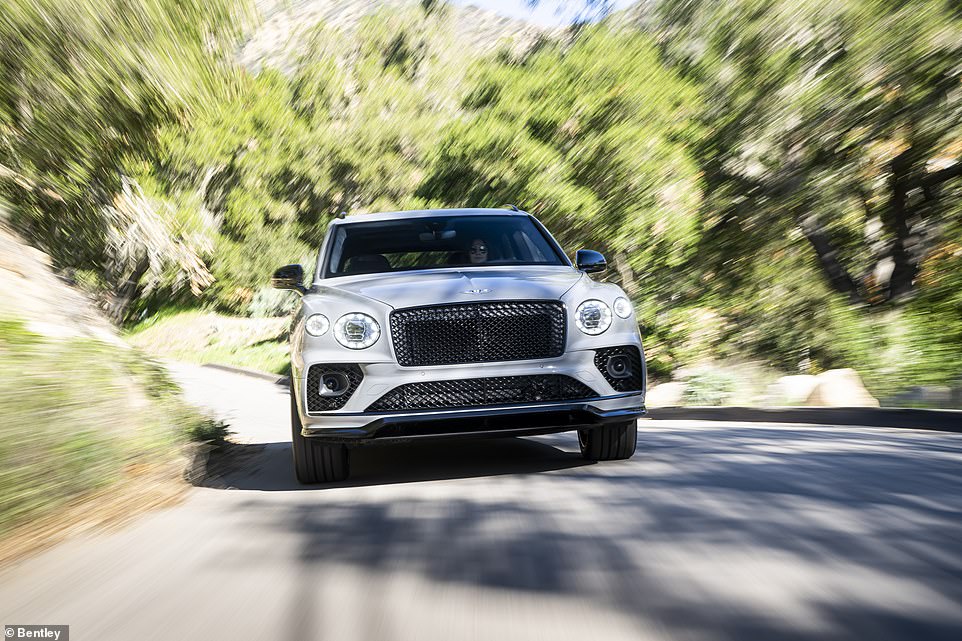 The best-selling Bentley model is still the Bentayga luxury SUV. It now counts for two in five total sales for the luxury British brand 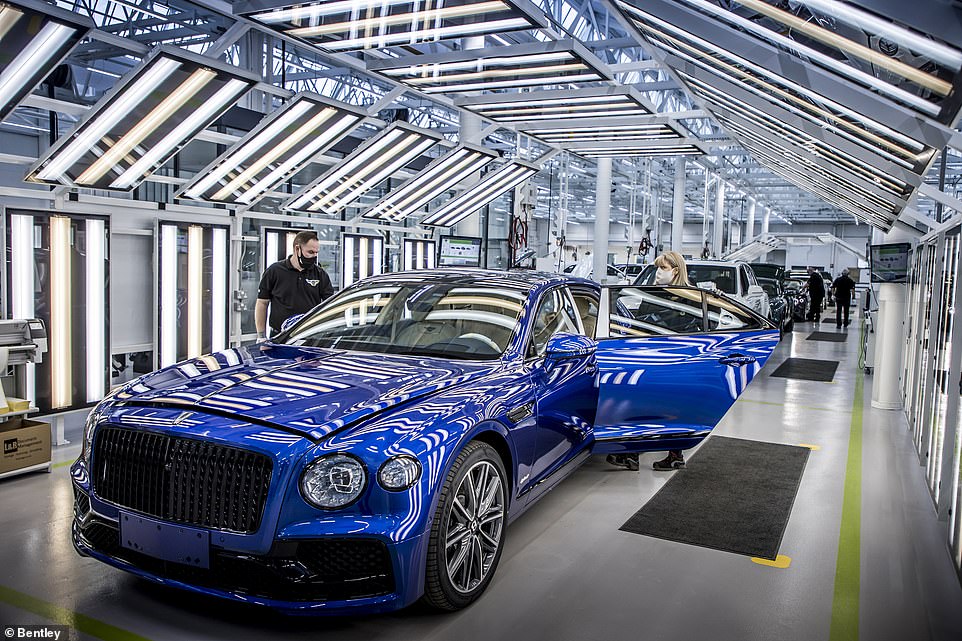 The best-selling Bentayga luxury SUV claimed 40 per cent of total sales, with the latest Flying Spur limousine accounting for 27 per cent and the Continental GT Grand Tourer recording 33 per cent of the brand’s share of sales.

Bentley did not provide numbers for its strongest market, the United States, but said there had been a slowdown in China, which had been impacted by lengthy lockdowns due to the coronavirus pandemic.

While Lamborghini, Ferrari and Bentley have been reveling in impressive financial results, the last few months haven’t been quite as rosy for other premium marques.

On the same day that Bentley announced its profits boost, Aston Martin revealed that losses had quadrupled in the first half of 2022.

The luxury brand confirmed that pre-tax losses had spiraled to £289.8m in the first half of the year, rising from £71.1m in the opening six months of 2021.

The increase in losses was attributed to foreign exchange fluctuations on its US dollar-denominated debt and higher interest payments. 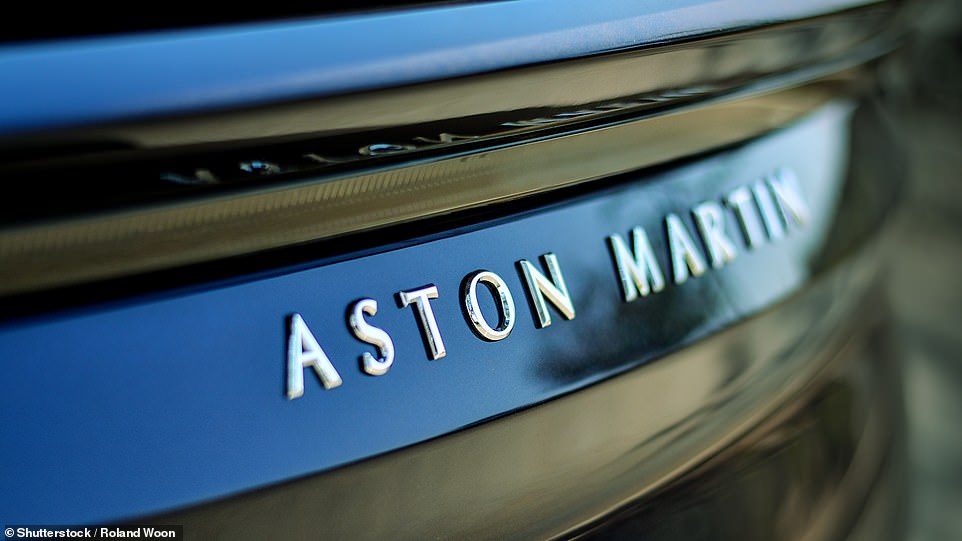 On the same day that Bentley announced its profits boost, Aston Martin revealed that losses had quadrupled in the first half of the year

Supply chain and logistics disruption also hurt the company’s trade in its largest market, the Americas, where its sales plunged by around a third, with most of the impact being felt in the second quarter of the year.

This offset growth in demand across all other regions, causing overall wholesale volumes to decline by 8 per cent to 2,676.

This is despite Aston Martin completely selling out of its sports car and GT ranges into next year.

Despite the surge in losses, Aston Martin retained its full-year forecast in the hope that the second half of 2022 will see supply chain issues ease and demand for its cars remain strong.

The next six months will also see an increase in production of its new V12 Vantage and DBX 707 models. 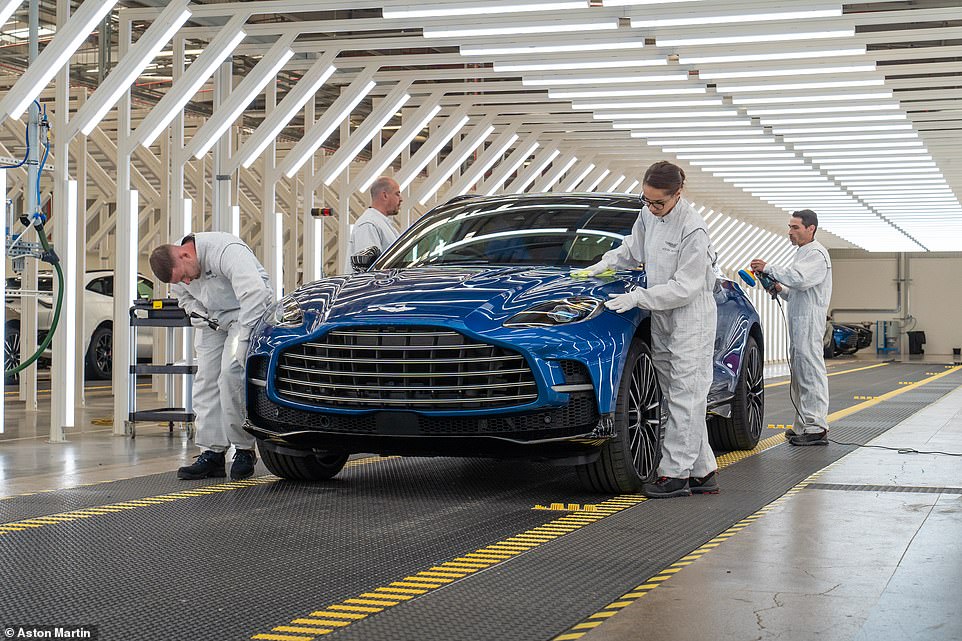 Aston Martin has pinned hopes on the accelerated production of two new models, including the DBX 707 high-performance SUV (pictured), as it reported big losses in the opening six months of 2022

The Warwickshire-based manufacturer saw revenues grow by 8 per cent from January to June as a £14,000 hike in the average selling price of its vehicles compensated for the drop in orders.

There was robust demand for the group’s Valkyrie model, a limited edition hybrid hypercar designed by Adrian Newey, the chief technical officer of the Red Bull F1 Racing team.

Orders for the DBX, the brand’s first luxury SUV, also surged by over 40 per cent, but a shortage of spare parts meant the company could not deliver 350 of the vehicles to customers during the second quarter, costing it more than £80m in cash.

My adult children live at home can I ask my ex for maintenance?