US consumer price inflation rose faster than expected in September as rising energy costs were compounded by price increases in food and rent.

The US Labor Department reported that US consumer prices climbed 5.4 per cent, compared to the same month last year, while a 0.4 per cent rise on August levels surpassed market expectations of a 0.3 per cent rise.

Stronger than expected price growth increases pressure on the US Federal Reserve’s view that inflationary pressure is a temporary phenomenon. The data will feed interest in the central bank’s September policy meeting minutes, which are due later today. 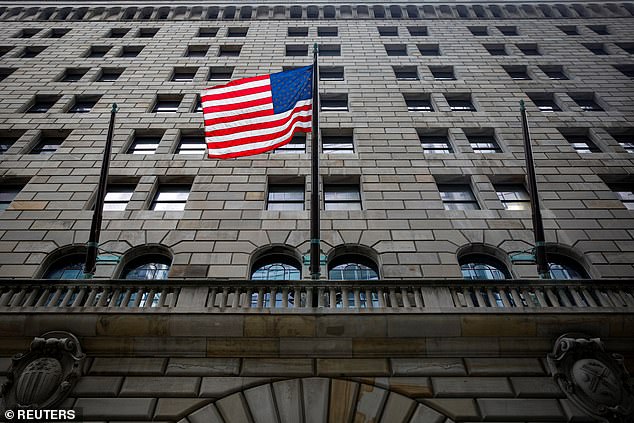 As has been the case in Britain, the world’s largest economy has seen price increases throughout 2021 as businesses reopen from Covid-19 restrictions and supply chain woes persist.

While the Bank of England has recently hinted it may look to hike interest rates sooner than anticipated in the face of rising inflation, the Fed has indicated it may begin pulling back on monetary stimulus by the end of the year but wait longer to raise its borrowing rate.

More than half of overall US price increases last month resulted from the growing cost of shelter and food, which rose 0.4 per cent and 0.9 per cent, respectively,0 in September. The food at home category, which includes groceries, climbed 1.2 per cent.

It follows a warning on Tuesday from the International Monetary Fund, which urged central banks to be ‘very, very vigilant’ about the threat posed by soaring inflation.

In response to the figures, Wall Street saw mixed results as it opened for the day, with the Dow Jones down 0.1 per cent, and the Nasdaq and S&P 500 up 0.6 per cent and 0.1 per cent, respectively.

But he expects US inflation to remain high ‘for several months’, before beginning to fall early next year, and the Fed will therefore stick to its ‘transitory’ viewpoint.

Sels said: ‘The risk to this view is that any further increase in oil and natural gas prices could mean that the base effects do not ease until later in 2022, and that inflation could remain high for longer, or even move up a bit further first, before coming down.

‘Markets may therefore remain somewhat more volatile than earlier in the year until we see more evidence that inflation pressures are indeed starting to ease.’

Chief strategist at Principal Global Investors Seema Shah added: ‘Today’s number shouldn’t move the needle for the Fed. Inflation has already surpassed its goal and, if anything, the higher-than-expected September CPI just reinforces the need to start tapering.

Save on your energy bills…despite price rises