Brexit-supporting hedge fund manager Crispin Odey has built a career and a personal fortune estimated in excess of £800million through his ability to spot a market opportunity.

So, what exactly has he seen that the others have missed in AIM-listed IGAS Energy?

The shares spiked 36 per cent this week as it was revealed that the old Harrovian’s Odey Asset Management had taken a stake of 3.17 per cent in the natural resources minnow – not directly but via unnamed financial instruments.

Now, the bulletin boards lit up with all sorts of wild speculation as to just why Odey had taken its position. 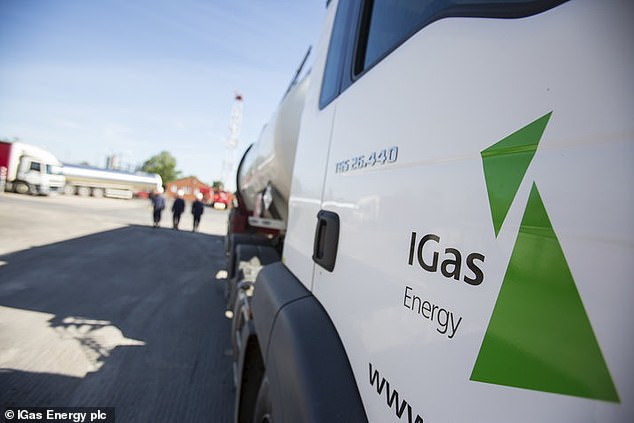 IGas – as the name suggests – is a gas specialist. Moreover, its focus is onshore exploration and development here in the UK.

Specifically, it owns shale-based assets of the sort that usually require fracking to liberate hydrocarbons.

Of course, there is a moratorium on the controversial technique, which is alleged to have sparked a mini earthquake near Blackpool three years ago.

However, the British Geological Society was asked to compile a ‘drill-or-drop’ report on the UK’s vast shale resources. The BGS handed in its homework early last month.

With the focus on energy security, and a looming deadline on the use of coal in power generation, the new Conservative government may look more favourably on shale and fracking. At least that’s feverish talk in the chatrooms.

With the right support, IGas could deliver five well pads each with up to 16 wells in 18 months, it said in a presentation in April. That would be enough to supply three million homes with cheap domestic gas.

Okay, there’s a lot of speculation here, so nobody should be betting the farm here. However, it will be interesting to see how Odey’s IGas wager plays out.

Turning to the wider market, it was a quiet week for the UK’s small-caps, with the AIM All Share just about keeping its head above water with a five point advance to 925.24. It marginally outperformed London’s blue-chip index, with FTSE 100 off 11 points over that period.

Sticking with the risers, Kromek, which makes radiation protection equipment, advanced 32 per cent after a decent set of results, which boasted a strong order book. It also settled funding nerves on Friday by raising £1.7million that will provide working capital requirements to deliver the new contracts.

The Investors Chronicle, a tip sheet that holds a lot of sway with private investors, reckons the County Durham-based technology company is ‘materially undervalued’.

In the oil sector, Canadian Overseas Petroleum, known as COPL to its legion of followers, appears to have a tiger by the tail. An independent report issued on Friday confirmed its Wyoming asset is host to an estimate 900million barrels of oil.

The stock rose 3% on the day and has advanced around 15 per cent in the last month.

Onto the fallers. The week’s biggest casualty was Revolution Beauty Group, the make-up retailer that lost 65 per cent of its value over the latest five trading days after it warned that revenues and underlying profitability would be lower than forecast.

With Russia’s oligarchs beating a retreat and the super-rich seemingly keeping a low profile this summer, it is hardly surprising that GYG, which maintains super yachts, is sailing off to calmer waters.

This week it said it was navigating its way out of the choppy seas of the public markets to become a private company. The shares fell 32 per cent on the news.

Finally, it was another wretched week for In the Style, the womenswear retailer that sounded the earnings alarm last month.

In the aftermath, the shares have tumbled 60 per cent and were down 30 per cent this week as investor confidence continued to ebb away.

In the results statement of July 18, it said as of June 30 it was sitting on cash of £10.5million having entered a new invoice discounting facility.

This, one would assume, alleviates short-term worries over the business’ prospects. Against this backdrop then it’s hard to discern what the sellers have spotted that others haven’t yet noticed.

Yee-haw! Cowboys risk it all as they cling on for dear life at adrenaline-fueled rodeo in Canada

How much extra energy have you used working from home?