Will last person to pass a manual driving test be born in the next five years? That’s the prediction as Britain switches to electric cars

Britain is heading towards an age of automatic cars, brought on by the upcoming ban on petrol and diesel new vehicle sales in 2030.

The last person to take their driving test in a manual car could be born in just five years’ time, new analysis by Direct Line Motor Insurance suggests.

The upcoming ban on the sale of new combustion engine cars will replace traditional clutch vehicles with electric models, as experts predict a rapid shift towards automatic driving tests over the next decade. 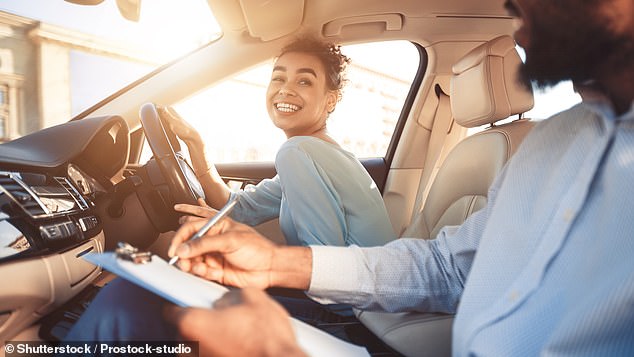 A manual car’s average lifespan is currently around 14 years, meaning the last new combustion engine cars will likely be scrapped by 2043 along with manual driving tests

Direct Line’s analysis has suggested that the transition is already well underway.

Currently, manual cars still account for 70 per cent of the 31.7million cars on UK’s roads. However, last year over half of new cars sold in Britain were automatic, compared to around 20 per cent a decade ago.

Motorists are already starting to shift to a more automatic world, as fewer people opt to take their driving test in a car with a clutch and stick shift gearbox.

Research shows the share of tests taken in an automatic vehicle rose to 42 per cent of all driving tests in 2020/21.

More than half of the 2.2 million people who learnt to drive in an automatic car are aged under 35, proving that young drivers are the main driving force towards more eco-friendly or automatic vehicles.

According to Direct Line, the average lifespan of a car is around around 14 years and the last new combustion engine cars sold in 2029, and thus will likely be scrapped by 2043. 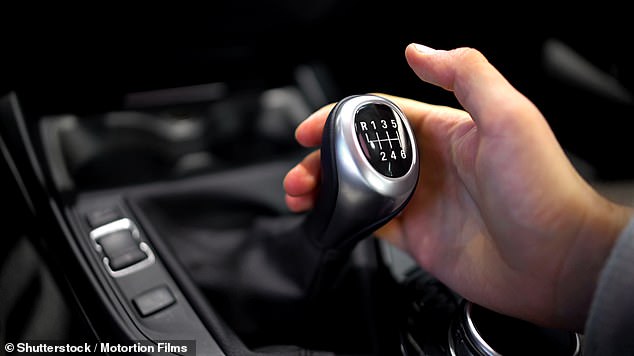 This means that 2043 could likely be the last year that the then ‘current’ cohort of 17-year-olds, who will be born in 2027, could learn to drive a car with a manual gearbox.

Young people are also making the biggest waves in the s move away from manual petrol or diesel cars, as currently half of all electric vehicles on the road are owned by people aged under 35.

These cars also account for 41 per cent of all automatic cars driven by this age group, compared to just 13 per cent of those aged 35 or over.

Around 8.6 million motorists are expected to make the switch to an electric vehicle by 2030, due to the phasing out of the sale of new petrol and diesel cars.

Around 11.4 million motorists expect to switch following the ban, most likely in line with whenever they need to replace their existing car.

Ian Exworth, director of emerging markets at Direct Line, said: ‘There is no doubt that the ban on petrol and diesel cars will change the face of motoring in the UK, and one significant side effect of this is a rise in automatic cars.

‘With a hard deadline in place, it is no surprise to see that motorists are already shifting their habits, with more people opting to learn in an automatic and moving away from manual gearboxes.’

Learning to drive in an automatic car could also be the cheaper option for new drivers in the long run.

Some electric cars are now a better value purchase than petrol alternatives, as research suggests that drivers who go all-electric can save an average of £3,862 over seven years.

And, as we shift towards automatics, our driving tests are likely to see huge changes, as three in five 17-to-24 year-olds are planning to bag an automatic licence rather than a manual one in the next few years.

Ian added: ‘The idea of switching from a manual car may be daunting, and nearly three fifths of motorists do not feel entirely confident about switching to automatic.

‘But with eight years to go until the ban comes into effect; we’d encourage motorists to keep an open mind and explore their options when choosing a new car.

‘The change from manual to automatic, and then on to electric, may not be as drastic as people think.’

– Did you take your driving test in an electric vehicle purely for environmental reasons? Or have you made the switch to EVs for financial reasons? Get in touch: emilia.shovelin@thisismoney.co.uk

ASK TONY: I’d like to help my daughter set up a pension