With Christmas fast approaching, Lloyds Bank is warning of a surge in purchase scams targeting panic buyers, especially after reports of potential shortages of certain items.

Scams targeting people buying cars, phones, puppies and trainers have become particularly prevalent over the past three months, with scammers appearing to cash in on Britons renewed appetite to spend post lockdown.

Purchase scams occur when someone is tricked into sending money via a bank transfer to buy something which is often advertised online, which doesn’t actually exist. 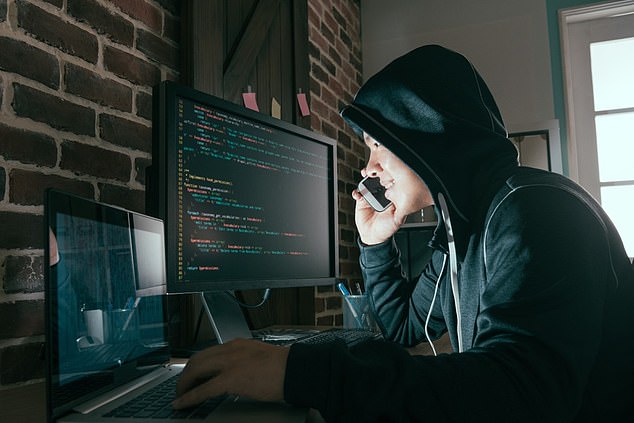 The adverts commonly appear on social media sites with those aged between 25 and 34 the most likely to become victims.

Cars are the most common purchase scam reported to Lloyds. It comes as drivers struggle to get their hands on cars, with many manufacturers citing long waits for a new one while used motors prices are up 27 per cent in year.

This could panic people into making rash decision not to ‘miss out,’ only to find the car doesn’t exist and scammers have made off with four or five figure sums.

This Black Friday is predicted to become the busiest shopping day on record, according to Nationwide Building Society, which is forecasting spending on the day to be up by nearly a third on the same day in 2019 – prior to the pandemic.

Shoppers looking to use Black Friday to buy gaming consoles, trainers and clothes in the run up to Christmas, should be on the lookout for anything dodgy, according to Lloyds Bank.

With stories of people already panic buying due to fears of shortages nearer the time, criminals must think that Christmas has come early this year.

Meanwhile, those looking for a new canine friend in their life should also do their due diligence, with a number of people scammed this way.

Lloyds says it has already seen a 10 per cent increase in purchase scams this year, with victims losing an average of £190 each time.

Liz Ziegler, retail fraud & financial crime director at Lloyds Bank, said: ‘With stories of people already panic buying due to fears of shortages nearer the time, criminals must think that Christmas has come early this year.

‘While the sums involved in purchase scams may not always be eye-watering, losing hundreds of pounds in the run up to Christmas could be devastating for families, not to mention the heartbreak of not receiving that much sought-after gift.

‘Shoppers need to be particularly vigilant when making payments for goods that are in high demand – such as this year’s must-have toys – or where deals look to good to be true.’

How can shoppers guard against purchase scams?

Fraudsters often either use social media to post scam offers or send a ‘special offer’ directly to your email inbox.

It is therefore crucial that shoppers check the authenticity of any offer that is advertised on social media or sent via email before making any purchase.

It would be worth checking the website of the company the scam purports to be from by looking up the company, whilst avoiding clicking on any link without double checking first.

Ultimately, it will always be safest to buy from a retailer that you know and trust.

Where possible, it can be sensible to use a credit card provider due to the fact you can be covered under Section 75 of the Consumer Credit Act.

This affords shoppers protection when buying items between £100 and £30,000 meaning if the goods don’t arrive you can make a claim against your credit card provider to get your money back.

However, scammers will insist on making a bank transfer, which should ring alarm bells.

Ziegler added: ‘Purchase scams come in all shapes and sizes, but it’s important to be aware that the vast majority start with items advertised on social media, where it’s far easier for fraudsters to use fake profiles and advertise items that don’t exist.

‘When shopping online, the best ways to keep safe are to buy from a trusted retailer whenever possible, and always pay by card for the greatest protection.

‘If you’re unable to do those things, that should be a big red flag that you’re about to get scammed.

‘The chances are, if it’s not available at the main retailers, you’re not going to find it for sale on social media, whatever the price.’

The research comes as the Payment Systems Regulator regulator wants to see authorised push payment scams figures published by the 12 largest banking groups in the UK.

This will be to assess how they handle APP scams, on reimbursement levels for victims, and which banks and building societies’ accounts are being used to receive the fraudulent funds.

It wants the industry to improve intelligence sharing to enhance detection and prevention of APP scams.

It also wants to develop a way of making reimbursement mandatory to victims of APP scams.

Queens of Tech making a fortune in a male-dominated world

Investing in university spin-outs can help your profits grow