Monkeypox becoming endemic in the U.S. would be the ‘worst public health failure in modern times’ because it could have been prevented, an ex-Food and Drug Administration director has said.

Writing in an op-ed over the weekend, Dr Scott Gottlieb pointed out that — unlike when Covid first emerged — there were already reliable vaccines and tests available to stop the disease in its tracks.

But the Centers for Disease Control and Prevention (CDC) failed to act rapidly, instead following the same ‘protracted checklist’ and making many of the same mistakes as when Covid struck.

He wrote in the New York Times that should the disease gain a foothold it would be a disaster both because it could have been prevented and as infections — which spark blisters across body — are painful. Many sufferers have said their symptoms were ‘worse than Covid’.

Last month Gottlieb predicted the tally of cases — then 1,800 — were just a fraction of the actual number. Since then it has risen to more than 5,000 with the CDC now detecting about 250 new infections per day. 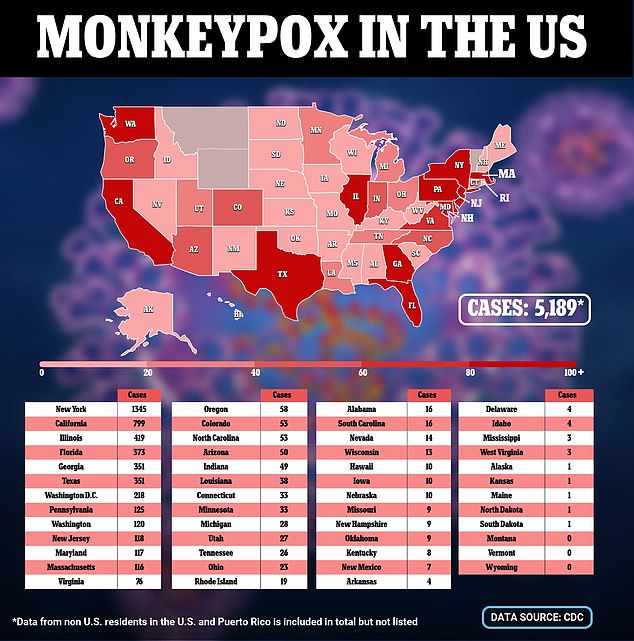 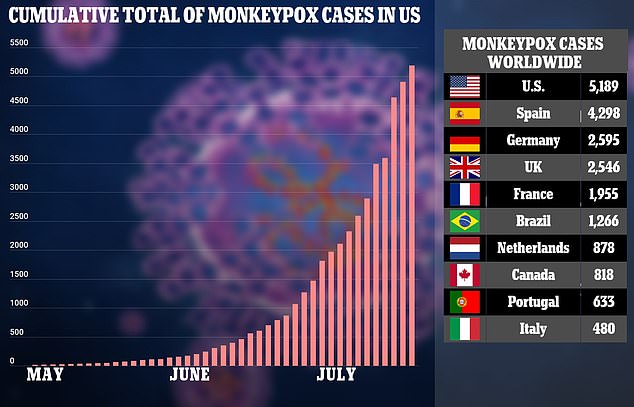 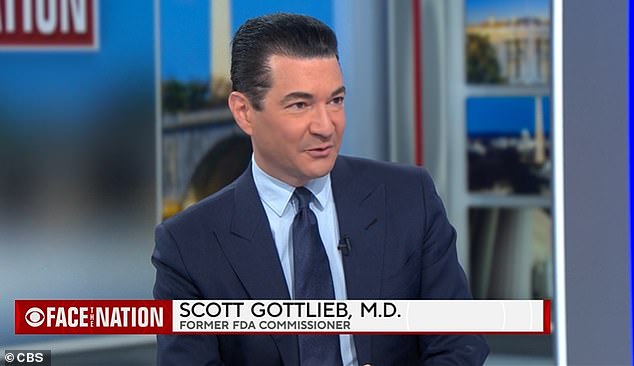 It is the second time Gottlieb has spoken out over the CDC response. Previously, he warned the slow pace left a risk of the virus becoming endemic in the country

Writing in the op-ed, Gottlieb said: ‘If monkeypox gains a permanent foothold in the United States and becomes an endemic virus that joins our circulating repertoire of pathogens, it will be one of the worst public health failures in modern times.

‘Not only because of the pain and peril of the disease, but also because it was so avoidable.’

Timeline of monkeypox in the United States

May 18: America records its first case of monkeypox in a man from Massachusetts

June 22: U.S. finally expands testing capacity to more than 80,000 swabs per week. By this time 156 cases have been detected in a dozen states.

July 1: Another 2.5million doses of the Jynneous vaccine are purchased for states. This is to expand the current stockpile from 2,200 doses.

July 26: America becomes the country with the most recorded cases of monkeypox in the world.

He added: ‘When about 100 cases of monkeypox had been confirmed or suspected in Europe in May, it was clear the virus was spreading outside the areas where it was previously seen. These reports should have been code red for the CDC.

‘But it wasn’t until late June that the agency expanded testing for monkeypox to large commercial labs like Quest Diagnostics and Labcorp for more capacity and access.

‘Time is running out. Diseases like Zika, Covid and monkeypox are a dire warning that dangerous pathogens are on the march.

‘The next one could be worse — a deadly strain of flu or something more sinister like Marburg virus.

‘We’ve now had ample notice that the nation continues to be unprepared and that our vulnerabilities are enormous.’

Gottlieb also called for the CDC to be re-focussed specifically to fighting infectious diseases.

He said cancer and heart disease could be handled by the National Institutes of Health, while smoking could be moved to the Food and Drug Administration.

Gottlieb has previously briefed reporters that the window for stopping the disease turning endemic in the U.S. was likely already closing, if not had already closed.

He said at the time that the national tally — then-1,800 cases — was likely ‘just a fraction’ of the total because of poor testing coverage.

He also warned monkeypox had likely already spread outside of gay or bisexual men, but that this was yet to be detected.

Again, it has since been detected in two children — one living in California and the other passing through Washington D.C. — and a pregnant woman.

It came after New York became the first state to declare monkeypox a ‘disaster emergency’ over the weekend. 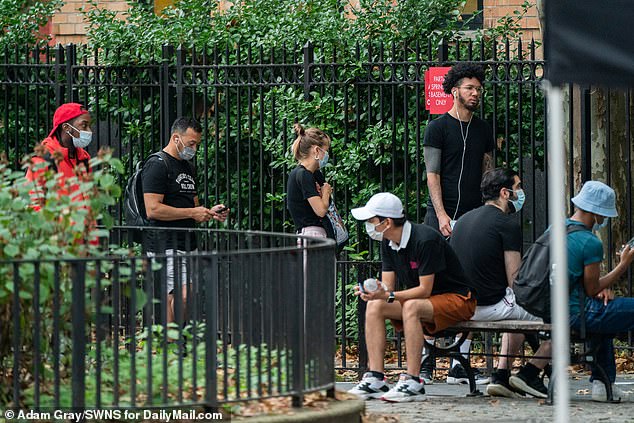 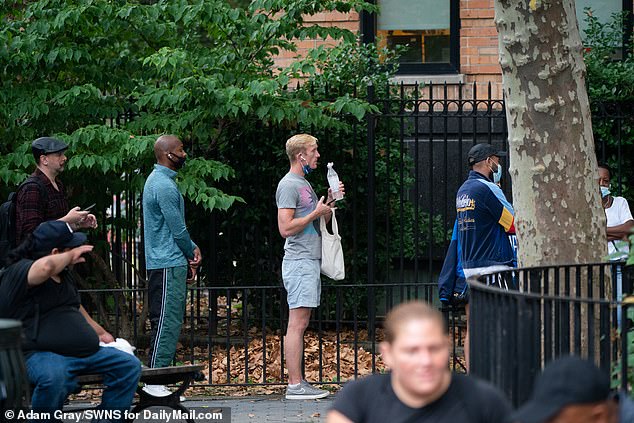 Lines forming for getting a first dose of the monkeypox vaccine. Second doses are being delayed due to a lack of jabs available 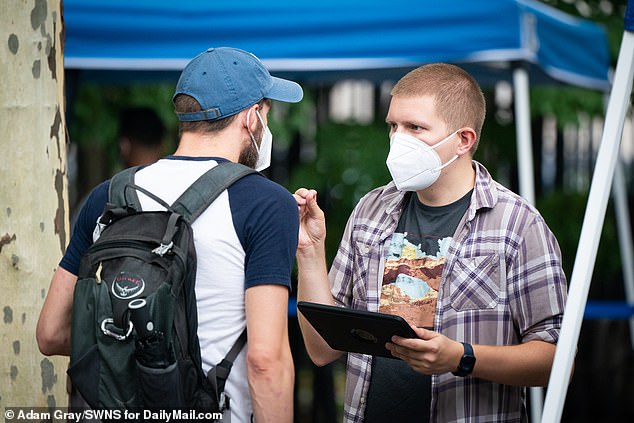 Appointments have been available to sign up to via a link, with more being released by the City’s department of health

The announcement comes as monkeypox cases rise in New York City, the current US epicenter of the outbreak, where case counts passed 1,400 on Friday.

Hochul tweeted: ‘I am declaring a State Disaster Emergency to strengthen our ongoing efforts to confront the monkeypox outbreak.

‘This Executive Order enables us to respond more swiftly, and allows health care professionals to take additional steps that will help get more New Yorkers vaccinated.’

Hochul continued: ‘More than one in four monkeypox cases in this country are in New York, currently having a disproportionate impact on at-risk groups.

‘We are working around the clock to secure more vaccines, expand testing capacity, and educate New Yorkers on how to stay safe.’

Monkeypox is currently hitting gay men the hardest, with an estimated 95 per cent of US infections occurring among them. New York City is home to one of the United States largest LGBT communities, and is in line to receive 110,000 doses of the federal governments 800,000 upcoming monkeypox vaccines – but Hochul still wants more.

Man, 63, who had to crawl around his home reveals life-long illness made him contemplate suicide