Using ibuprofen together with high blood pressure drugs can severely dehydrate a person and cause significant kidney damage, study finds

Researchers at the University of Waterloo, in Ontario, Canada – just 60 miles west of Toronto – used a computer simulation to determine that the mix of the drugs together could lead to significant kidney harm.

Hypertension drugs include a diuretic – which makes a person urinate more often – and deprive the body of some water. Combine a dehydration of the kidney with the effects of the other two drugs, and permanent liver damage may be caused.

The team warns that many people are likely taking this combination of drugs without even realizing the harm it could potentially cause. 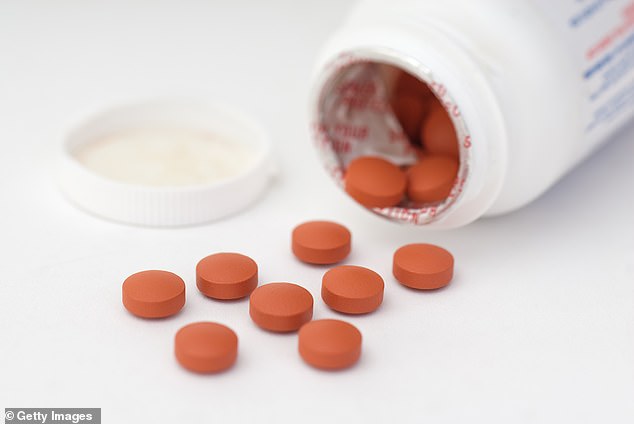 Using ibuprofen with common hypertension drugs can be dangerous, as the drugs dehydrate the body and leave it open to potential permanent and severe kidney damage, a new study finds (file photo)

‘Diuretics are a family of drugs that make the body hold less water,’ Dr Anita Layton, a researcher and professor at the university, said in a statement.

‘Being dehydrated is a major factor in acute kidney injury, and then the RAS inhibitor and ibuprofen hit the kidney with this triple whammy. If you happen to be on these hypertension drugs and need a painkiller, consider acetaminophen instead.’

Researchers, who published their findings last week in Mathematical Biosciences, built a computer simulated drug trial to determine the impact combinations of drugs would have on the kidney.

As part of the simulated trial, they gave hypothetical patients different medical profiles, and attempted to estimate how the drugs would affect their body based on known risk factors.

They combined a two-part hypertension drug with the common pain killer – which is commonly sold under the brand name Advil – and ran it one simulated trial participants.

Hypertension drugs often include a combination of a diuretic and an RSA inhibitor, the drug that helps regulate blood pressure.

Any drug a person uses has an impact on their kidney, though it is often minimal and short-living. This is the case when standard hypertension drugs are used normally. 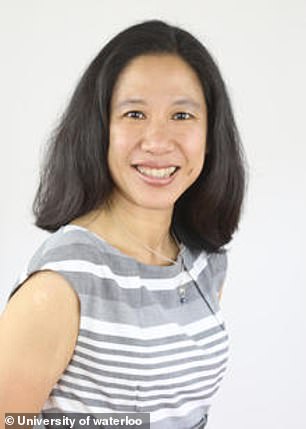 Dr Anita Layton (pictured) said that not everyone who combines the drugs will experience the kidney damage, but that those using hypertension medication should be cautious

Ibuprofen is a relatively safe pain-killer, though it is known that taking too many in a short period of time can cause significant kidney or liver damage.

This is why when someone overdoses on a popular over-the-counter pain medication they will sometimes require a transplant of either organ.

Water serves as a natural lubricant in the body, and can protect the kidney from taking some of this damage.

When a person is dehydrated by a diuretic, though, their body may not have the water necessary to protect from the ibuprofen.

In some specific cases, a patient may suffer significant, and permanent, kidney damage.

‘It’s not that everyone who happens to take this combination of drugs is going to have problems,’ Layton said.

‘But the research shows it’s enough of a problem that you should exercise caution.’

A Boston University study published in 2018 found that nearly 90 percent of Americans had used a drug like Advil in the past year.

Combine that with the nearly half of Americans that suffer from hypertension – a large portion of which are using medication that uses a diuretic – and many Americans may be inadvertently harming themselves without even knowing.

Vicky Pattison, 34, breaks down in tears as she updates fans on her fertility journey

Viagra sales soared on Valentine’s Day to highest ever recorded

How bizarre new technique could be a treatment for COPD

US scientists have completed a coronavirus vaccine