A reporter for A Current Affair has been involved in a scuffle with a supporter of a controversial, dancing TikTok doctor.

Journalist Steve Marshall was trying to interview Dr Daniel Aranov in Sydney’s Bondi suburb when an unknown man, thought to be a supporter of the doctor, confronted him.

The Channel Nine show was seeking to talk to Dr Aronov for a story about his cosmetic surgery practices. 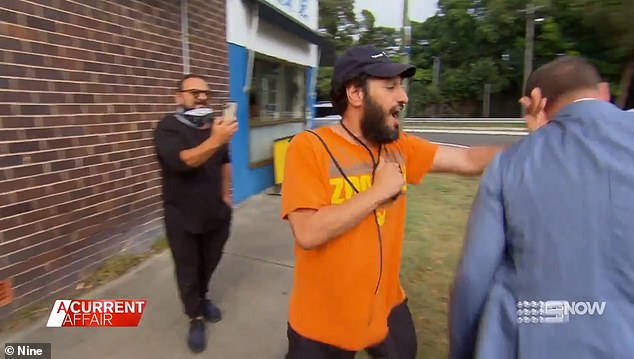 An unknown man, thought to be a supporter of celebrity cosmetic surgeon Dr Daniel Aranov, was seen getting in the face of A Current Affair reporter Steve Marshall

The doctor is the most followed cosmetic surgeon on the TikTok social media platform – with 13 million fans – where he is famous for dancing to pop songs.

After briefly speaking to Dr Aranov inside a cafe, Mr Marshall was confronted by a middle-aged man wearing an orange T-shirt and board shorts.

The bearded man was seen getting up close to the reporter’s face and appeared to shovehim against the cafe wall.

The man then tried to deny he was the aggressor in the attack which was filmed by a Channel Nine crew, saying ‘You headbutted my hand’.

Dr Aronov told A Current Affair that ‘I’ve resigned from my position’ and ‘I’ve taken some time off now’. 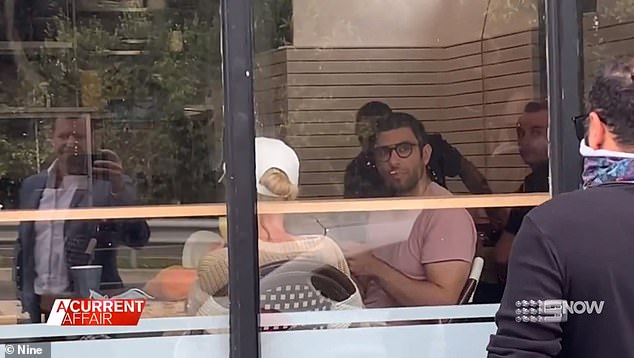 Through his lawyer he later said, ‘It would be inappropriate for me to comment on any matters that are currently the subject of any AHPRA inquiry’ – a reference to the Australian Health Practitioner Regulation Agency.

Also through his lawyer, he said he was not responsible for the apparent incident involving Mr Marshall.

‘I had nothing to do with that incident, I did not provoke or incite it, I do not condone it.’ 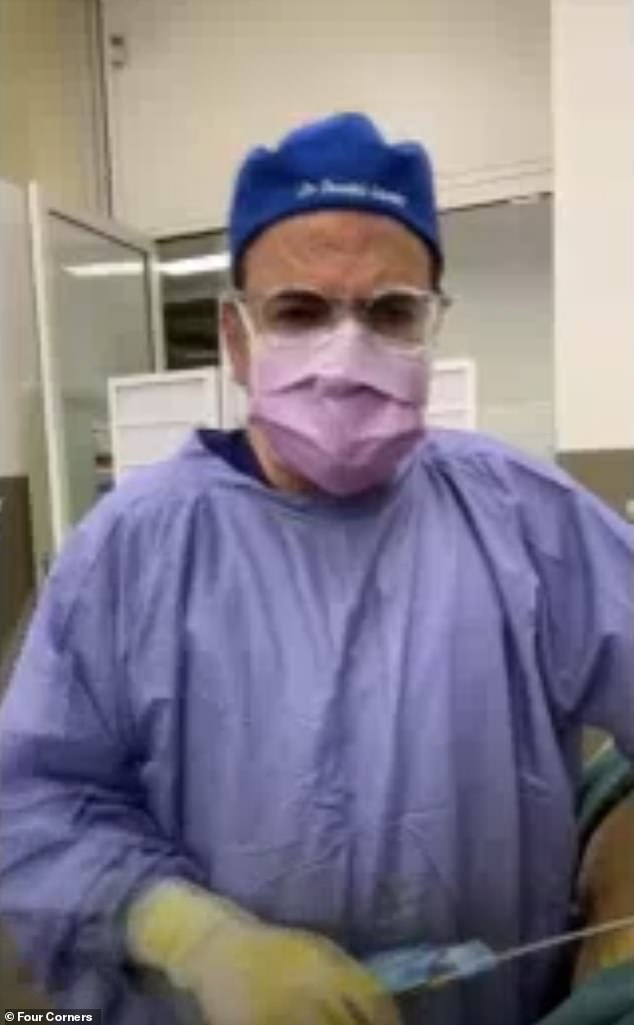 The program showed videos and spoke to experts about the manner in which cosmetic procedures are conducted at Lanzer’s clinics.

One video showed surgeons at one of Lanzer’s clinics dancing, singing and laughing as they thrust long metal cannulas in and out of an unconscious man during a liposuction.

In social media posts Dr Lanzer blamed a longstanding surgery ‘turf war’ for the Four Corners story about his clinics.

‘There’s a group of three plastic surgeons who have got together to try and defame me.’

Dr Lanzer said he would reveal ‘the truth’ about the surgeons involved in the turf war.

Donald Trump claims he asked for 10,000 National Guard troops to be there on January 6