Airbnb has removed the listing of a former slave cabin on the Belmont Plantation in Greenville, Miss., that rented out for $165 a night after a viral TikTok user called out the ‘atrocity.’

The Panther Burn Cottage @ Belmont Plantation is listed as an ‘1830s slave cabin’ that has also been used as a ‘tenant sharecroppers cabin.’

The one-story home accommodates up to two guests, featuring a bedroom, a private bath, adding that the former slave quarters had been renovated with modern amenities, including Netflix.

Wytnon Yates posted a now-viral video – it garnered nearly 3 million view – to TikTok about the property, saying it was anything but quaint and charming.

‘This is not OK. This is an 1830s slave cabin up on Airbnb,’ Yates says with a screen shot of the outside of the modest abode. ‘How is this okay in somebody’s mind to rent this out as an bed and breakfast, a place where human beings were kept as slaves.’

Airbnb quickly removed the listing from its platform and issued an apology for any ‘trauma’ or ‘grief’ it caused.

‘We removed the Mississippi listing in question and are currently in in the process of removing listings that are known to include former slave quarters in the United States,’ Haven Thorn, an Airbnb spokesperson told DailyMail.com on Tuesday.

He said that ‘properties that formerly housed the enslaved have no place on Airbnb.’

‘We apologize for any trauma or grief created by the presence of this listing, and others like it, and that we did not act sooner to address this issue,’ Thorn said.

He added: ‘ We are working with experts to develop new policies that address other properties associated with slavery.’ 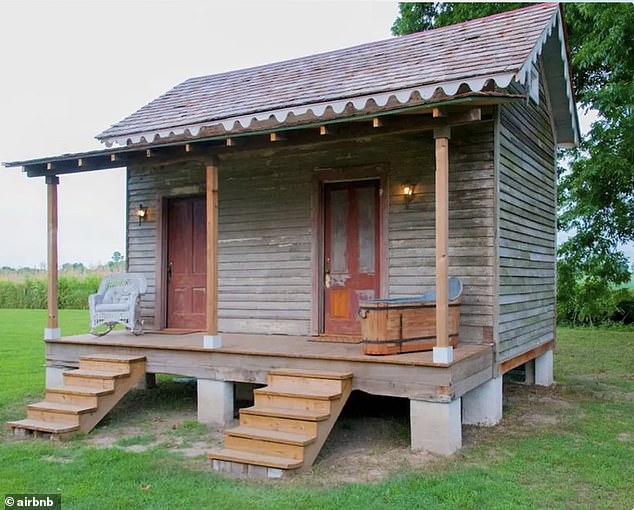 The Panther Burn Cottage @ Belmont Plantation [pictured] is listed on Airbnb, as an ‘1830s slave cabin’ that has also been used as a ‘tenant sharecroppers cabin.’ The structure has also been a ‘medical office for local farmers and their families’ 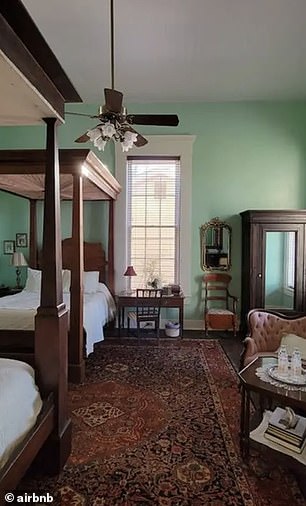 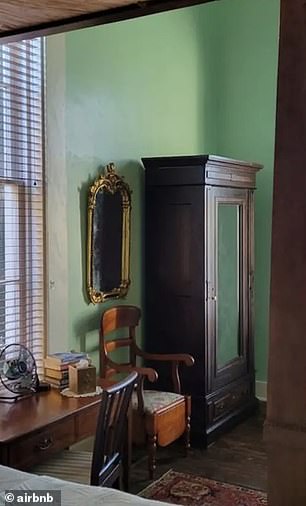 Two different angles of the bedroom decorated in a traditional aesthetic 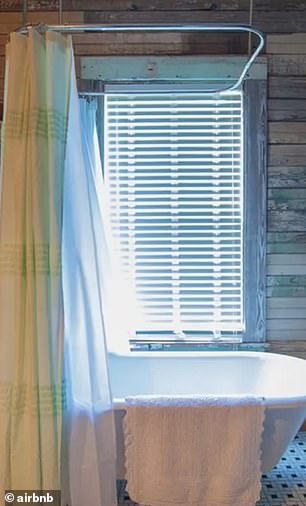 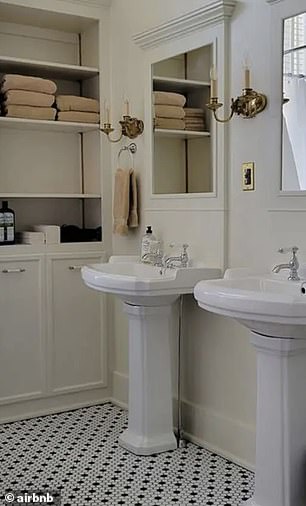 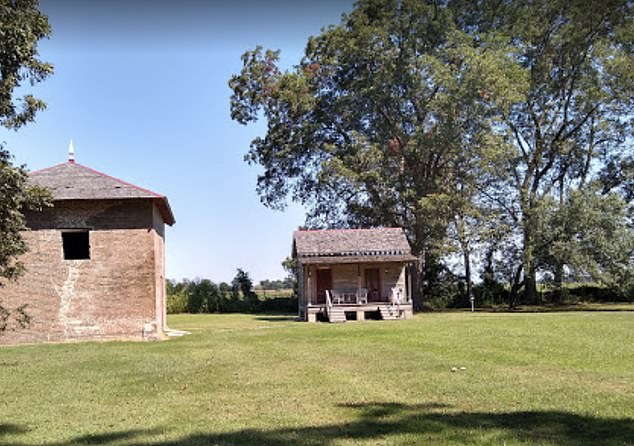 The cabin sits on the property of the estate located in Greenville, Mississippi. Greenville is a city in, and the county seat of, Washington County, Mississippi, United States. The population was 34,400 at the 2010 census. It is located in the area of historic cotton plantations and culture known as the Mississippi Delta.

Yates, a civil rights and entertainment attorney, said he learned about the property listing when his brother’s friend, who who was looking for Airbnb’s in the Greenville area, came across the listing.

He said he was ‘appalled,’ by it and the conversation that started in a friend chat soon moved into a family chat that then prompted the TikTok video.

‘This is a story of many Black Americans when we see something like this there is nowhere for us to tell anyone,’ Yates said.

‘We feel stuck and we just have to endure the experience seeing something like this and that is why I did the TikTok. The idea of renting out a slave cabin takes it to a whole new level.’

The cabin’s owner, Brad Hauser, 52, told The Washington Post that he took ownership of the property in July, saying in a statement that even though the building had been a doctor’s office and not a quarters for enslaved people, it was ‘the previous owner’s decision to market the building as the place where slaves once slept.’

Hauser, who is white, said he ‘strongly opposed’ the previous owner’s decision and vowed to provide guests with a ‘historically accurate portrayal’ of life at the Belmont Plantation.

‘I am not interested in making money off slavery,’ said Hauser, who apologized for the listing ‘insulting African Americans whose ancestors were slaves.

Yates, who lives in New Orleans grew up in Georgia, said his family has history in Louisiana.

‘When my friends had weddings, events, business retreats on plantations I grew up around romanticizing of plantations that is not new, but furthering that romanticizing of slavery by renovating a slave cabin then renting it out as a bed and breakfast is a new level of atrociousness.’

Yates said that most of the people who reached out to him after the video posted agreed with his views.

He said his intention was not to reach out to Airbnb or the host of the property and didn’t appear too eager that they responded but he said ‘words are not enough. They need to follow through on the statement they gave that they are going to put policies in place.’ 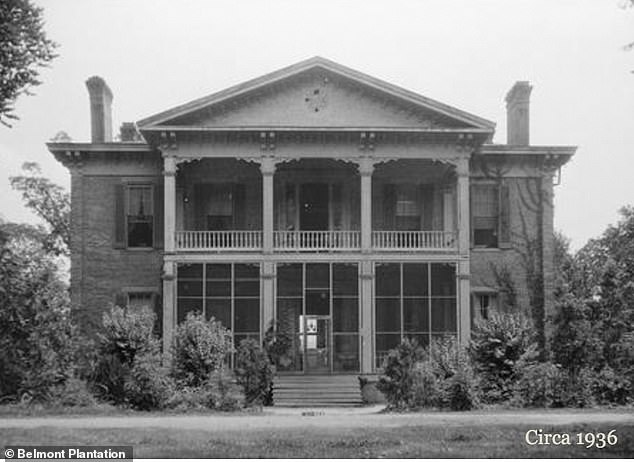 The stately Belmont Plantation, established 1857, is the last antebellum mansion along the river in the Mississippi Delta, standing at over 9,000 square feet. The house and the grounds have undergone an extensive restoration and the space is used for for weddings, events, tours, B&B accommodations, and corporate retreats, according to its website 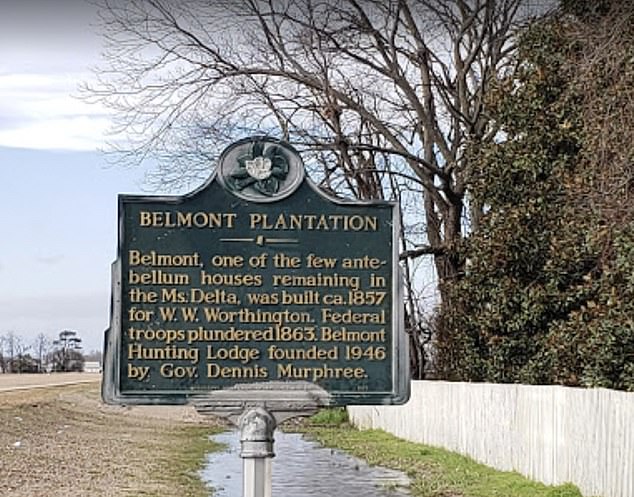 The Belmont Plantation, established in 1857, is the last antebellum mansion along the river in the Mississippi Delta, it’s website says. It stands at over 9,000 square feet. It was built for W.W. Worthington. It is listed as a  national register historic property

The Belmont Plantation, established in 1857, is the last antebellum mansion along the river in the Mississippi Delta, it’s website says. It stands at over 9,000 square feet. It was built for W.W. Worthington

Conservative MP arrested on suspicion of rape is released on bai

Death of Georgia student, 17, found in a rolled-up gym mat in 2013 is REOPENED