BREAKING NEWS: Alex Murdaugh is ARRESTED on his release from Florida rehab for ‘syphoning off $4.3M settlement for the sons of his housekeeper who died in 2018 mystery trip and fall at his home’

Alex Murdaugh has been arrested on his release from rehab in Florida for allegedly syphoning off a $4.3 million settlement meant for the sons of his housekeeper who died in a mystery ‘trip and fall’ at his home back in 20128.

Murdaugh, who was charged last month over a botched hitman scheme and is a person of interest in his wife and son’s double murder, was taken into custody Thursday morning by agents with the South Carolina Law Enforcement Division (SLED) and the Florida Department of Law Enforcement.

He faces two felony counts of obtaining property by false pretenses over the misappropriation of settlement funds in the death of Gloria Satterfield, 57.

Murdaugh has been taken to Orange County Corrections where he will be held until he receives an extradition hearing to send him back to South Carolina for a bond hearing. 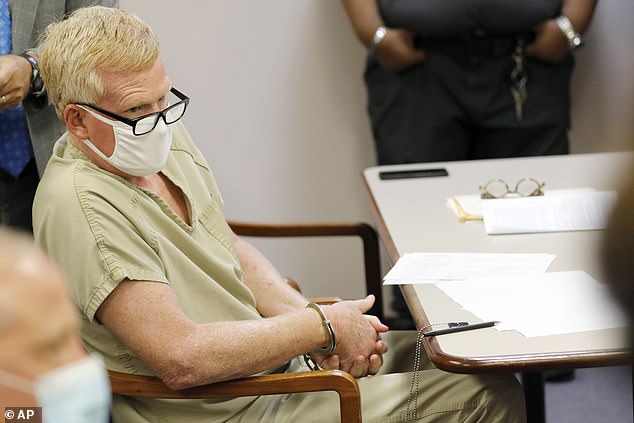 Alex Murdaugh set up a shell company named Forge to syphon off $3.5 million of the $4.3 million settlement money meant for his housekeeper who was mysteriously killed at his home, according to new legal documents. Murdaugh in court last month

SLED Chief Mark Keel said in a statement that the legal scion’s arrest marks the first step in bringing justice for all those who have been ‘victimized by Alex Murdaugh and others.’

‘Today is merely one more step in a long process for justice for the many victims in these investigations,’ said Keel.

‘I want to commend the hard work and dedication that our agents have shown over the last four months. They will continue to work tirelessly on behalf of those who were victimized by Alex Murdaugh and others.

‘As I have said previously, we are committed to following the facts wherever they may lead us and we will not stop until justice is served.’

The case will be prosecuted by the South Carolina Attorney General’s Office.

The legal scion had been holed up in a drug rehab facility in Orlando, Florida, after posting bond last month to tackle the 20-year opioid addiction that he said has left him in financial ruin. 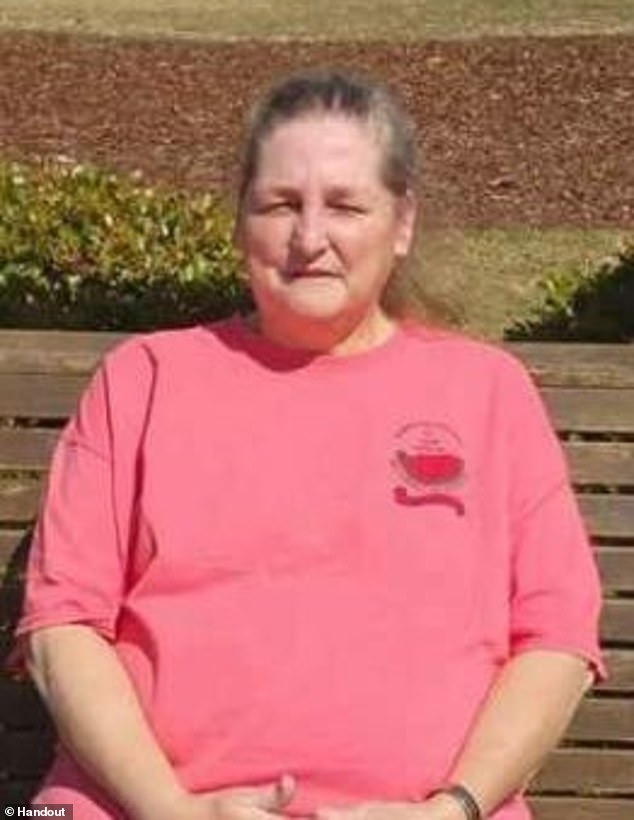 Gloria Satterfield, 57, (pictured) had been the Murdaugh housekeeper for around 25 years when she died following a mystery ‘trip and fall’ inside the Murdaugh family in 2018

Satterfield, 57, had been the Murdaugh housekeeper and nanny for around 25 years when she died following a mystery ‘trip and fall’ inside the Murdaugh family home back in February 2018.

Satterfield was found by Murdaugh’s wife Maggie on the front steps of the family home bleeding and the family said she had tripped over their dogs. She died weeks later.

The 57-year-old’s death was not reported to the coroner at the time and no autopsy was carried out.

The death certificate cites the manner of death as ‘natural’ – something that is inconsistent with injuries sustained in a trip and fail accident.

This does not match the information documented in the wrongful death suit which said she died as a ‘result of injuries sustained in a trip and fall accident, in Hampton County’.

Murdaugh allegedly then defrauded the Satterfield family out of a $4.3 million wrongful death settlement – which they said they had not received a dime of.

Last week, new legal documents claimed Murdaugh set up a fake firm called Forge to syphon off $3.5 million of the settlement money when it was paid out by his insurance firms.

The civil suit brought by Satterfield’s sons Tony Satterfield and Brian Harriott said the payouts were redirected to what was essentially a PO Box in Hampton instead of to them.

Two other defendants were named in the civil suit – Murdaugh’s old college roommate Cory Fleming, who acted as a lawyer on behalf of Satterfield’s families, and Chad Westendorf, Vice President of Palmetto State Bank who took over the sons as personal representative of their mom’s estate.

Fleming has his law license suspended Friday but has insisted he was also a victim of Murdaugh’s deceit.

Lyft prices surge to $1,500 out of South Lake Tahoe as Caldor fire closes in

Police launch appeal for girl, 12, from Birmingham who went missing on her way to park on Friday