A casual bottle shop worker has publicly threatened to quit the company after a corporate email saying he wouldn’t be offered paid leave if he caught Covid.

The employee of ALH – one of Australia’s biggest hospitality groups – posted a rant to Reddit at the weekend, believing the message from his boss was the ‘final straw’.

The email said permanent team members could use paid annual or personal leave if they needed time off after falling ill from the virus.

But casual workers were told to seek out government financial support, rather than be offered leave benefits. 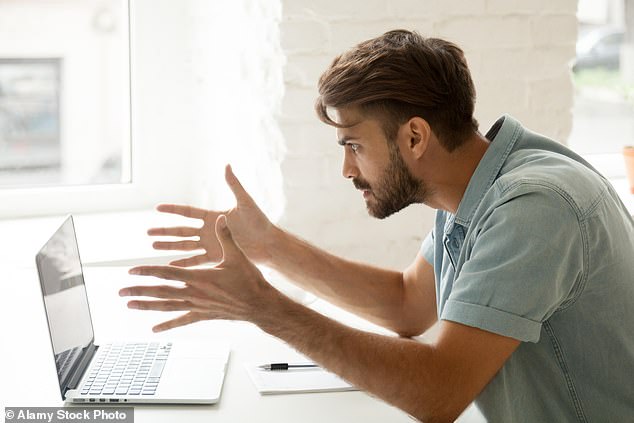 A casual bottle shop worker has complained about not being offered paid leave if they were to catch Covid-19, threatening to quit the company altogether (stock image)

The Reddit user ranted: ‘For further explanation, this email is stating that if front-line employees (retail, hospitality alike) get Covid, which is now becoming extremely prominent in Australia, we will have to use our sick-leave, instead of them paying us for the days we missed – because we got sick working at their facilities.’

The worker went on to say it should be ‘illegal’ and planned to submit their resignation the following week.

‘I have one shift this coming Sunday – as I’m a casual. It will be my final shift,’ they said.

‘I know Australia isn’t as bad a state as America currently. But I’m sick of being abused and used by corporations. This is my final straw. I’ll figure out new prospects next week.’

The employee also claimed their company didn’t provide ‘enough items for us employees to deal with difficult customers’ such as those who refuse to wear masks.

‘I’m not about to get my life threatened by a mob of angry drunks, not wanting to wear a mask,’ they said.

A spokesperson for ALH’s parent group Endeavour Group told Daily Mail Australia the safety and wellbeing of their staff and customers is ‘our highest priority’.

‘We are committed to providing all team members with support if they are impacted by Covid-19, including casuals,’ they said.

ALH have increased security in their hotels and stores as well as protective shields and masks as Covid cases continue to rise around Australia.

Workers who are not entitled to leave have been instructed to speak to their manager in the event they caught the virus to work out a solution.

They are also encouraged to see if they can access the government’s Pandemic Leave Disaster Payment.

The employee who works for ALH, one of Australia’s major hospitality groups, posted a rant to Reddit on the weekend after receiving an email they dubbed the ‘final straw’

The bizarre rant was shared on a widely popular forum on Reddit known as ‘Anti-work’.

The movement – which has taken off in America – encourages workers unhappy in their jobs to quit and instead do things to fulfill their own ‘needs and desires’.

More than 1.6million people follow the forum including many Australians.

‘We’re not against effort, labor, or being productive. We’re against jobs as they are structured under capitalism and the state: Against exploitative economic relations, against hierarchical social relations at the workplace,’ the group says.

In the thread many people share their alleged experiences of ‘exploitation’ at their workplaces and are encouraged to leave them behind.

It comes as experts warn that two years working from home amid Covid-19 have prompted a ‘Great Resignation’.

McCrindle Research Managing Director Sophie Renton said the movement had been seen around the world and it was possible it could take off in Australia. 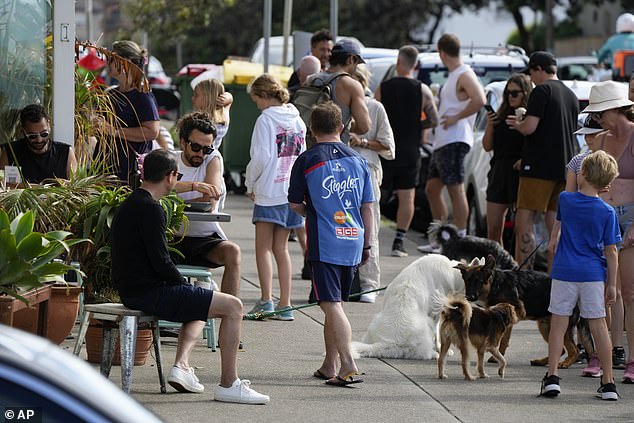 ‘Many have chosen to live the life in more accordance with what they value. If their workplace and their work environment doesn’t align with that then there is an opportunity for them to look elsewhere.’

Ms Renton said ‘culture’ was a big part of whether companies could retain staff, as well as flexibility.

‘Are they (their employers) taking the time to listen to their staff, to understand their staff to explore what it is that they are actually looking for and to almost co-design a work environment people want to be apart of,’ she said.

More people are also trying to steer clear from the ‘9-5 rat race’, having become used to the flexibility of home work amid the pandemic.