Ministers are preparing to offer Covid booster jabs to all over-50s this autumn rather than limit them to over-65s as advisers suggested.

But Health Secretary Sajid Javid has asked his team to ‘be ready for it to be over-50s’.

He told the Financial Times: ‘That doesn’t mean to say it’s going to be over-50s… but I always want to be prepared – just in case the Joint Committee on Vaccination and Immunisation broadens the cohort.’ 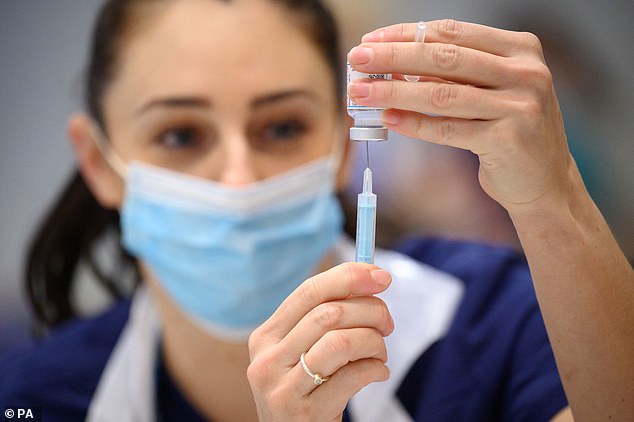 His comments come as new Omicron variants sweep across Europe and the number of people in hospital with Covid continue to rise – although levels remain well below the peaks reached in previous waves.

Nearly one in six people over 75 have not received a vaccine in the past six months, putting them more at risk of severe disease, officials have warned.

Some public health experts called for all adults to be given another jab, however Mr Javid said this was ‘highly unlikely’.

University of Edinburgh public health professor Devi Sridhar said the vaccine should be extended to reduce the economic, educational and social cost of the disease in young people.

She said autumn infections were more concerning than the current wave.

Sofas built out of pallets, kitchen full of supplies and their own BAR: Inside the anti-HS2 camp