Liz Truss looks destined to be our next prime minister by early September.

Those on the Left are already slavering at the prospect. They think she is inexperienced, inconsistent, unimpressive, ill-informed, accident-prone, with a weak grasp of the facts and leaden in action, whether under attack or on the offensive.

The Left is not entirely wrong. Though Truss has grown in stature and confidence as the Tory leadership contest has progressed (as illustrated by her surest performance to date in Thursday’s Sky News debate), there are still grave doubts that she has what it takes to be Prime Minister. 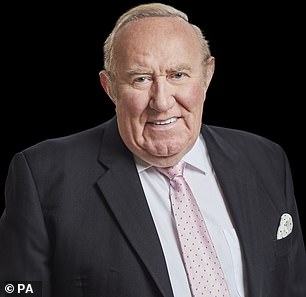 Margaret Thatcher may be her role model but she comes across as Thatcher without the clarity of purpose and steely determination to make things happen. Thatcher had ropey starts as Tory leader and prime minister but she quickly grew into the jobs, with confidence, stature and direction.

We will soon find out if Truss has this in her, too. Unlike Thatcher, she doesn’t have the luxury of learning in opposition.

I doubt she or those around her have any idea of the onslaught from the Left that awaits her — or what she needs to do to cope and see it off. Team Truss needs to get its act together the moment it crosses the Downing Street threshold or it won’t be in residence for long.

Ironically, the gravest threat to her is not from Labour. Keir Starmer has rescued the party from its Corbynista oblivion but still struggles to resonate with voters. It is quite remarkable that, as the leaderless, divided Tories have been knocking lumps out of each other, Labour can’t establish a commanding lead in the polls. 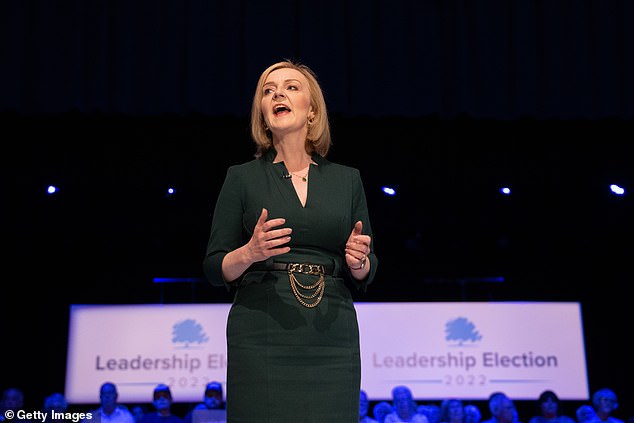 Indeed one recent poll had Labour and the Tories effectively neck and neck, which is frankly astonishing.

Starmer has comprehensively ditched the Corbynista manifesto with which he disingenuously won the Labour leadership contest in 2020. But he hasn’t replaced it with anything that strikes a chord with voters. There is not one signature policy with which Labour is associated that is likely to win votes.

Even Starmer’s ‘Mr Integrity’ schtick, which he played up during the deceit and obfuscations of Boris Johnson’s tenure, is tarnished now that we know he breached the Commons code of conduct by failing properly to register more than £120,000-worth of land deals, corporate donations and Premier League tickets.

Hardly a hanging offence but careless and incompetent when you’re trying to differentiate yourself from a prime minister cavalier with the rules.

In many ways most of the criticisms aimed at Truss — wooden, weak, inconsistent, lacking pizzazz or broad public appeal — can equally be made of Starmer. I suspect we can all agree that a Truss-Starmer general election is unlikely to be a barrel of laughs.

But it is not Starmer Truss has to worry about. It is what is best described as the Left Blob, which is now omnipresent in British public life, dominant in the citadels of power, including most of the media (above all the broadcasters), the Civil Service, the NHS, the legal system (including the judiciary), education (especially the universities), social media, most public bodies and private charities. It’s even wheedling its way into boardrooms.

It put down strong roots during the Tony Blair/Gordon Brown years (both of whom did much to facilitate it).

Since then it has grown more ubiquitous, more powerful and more Left, quick to embrace whatever is fashionably progressive, including, currently, the many shibboleths of wokery, cancel culture and identity politics. 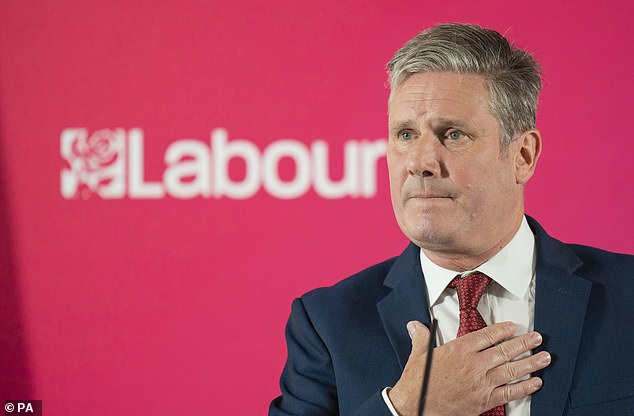 In many ways most of the criticisms aimed at Truss — wooden, weak, inconsistent, lacking pizzazz or broad public appeal — can equally be made of Starmer. I suspect we can all agree that a Truss-Starmer general election is unlikely to be a barrel of laughs

It is one of the mysteries of modern British politics that 12 years of Tory rule have done nothing to dislodge or counter it.

Indeed under the Tories its tentacles have continued to spread far and wide: to be a fully-paid up member of the Left Blob is now virtually a sine qua non for any major public position.

It is not especially pro-Labour but it is viscerally anti-Tory. With Truss in Downing Street it will do Labour’s work for it. They think she can be taken down. They can already taste the blood.

They are especially incentivised because she represents just about everything the metropolitan elite abhors: Right-wing, Thatcherite, middle-middle class, suburban, a traitor to Remain (now the Brexiteer’s Brexiteer), a traitor to her Left-wing activist parents. Her very existence and demeanour will drive them into a frenzy.

Truss has no idea what is about to be unleashed on her. Constant and vitriolic assaults on social media, especially by the deranged Twitterati, to rouse the mob.

A daily pounding on broadcast news, which has already largely decided it hates her. Relentless snide comments on BBC ‘comedy’ shows. Subtle put-downs from the panjandrums of grand public bodies. Not-so-subtle put downs from our cultural tsars.

In all this, The Blob will be assisted by Remain Tory grandees like John Major and Michael Heseltine who’ve already concluded she’s a wrong ‘un. Even Dominic Cummings, fresh from his (almost certain) failure to install Rishi Sunak as prime minister, will likely get in on the act.

Truss is vulnerable because she makes too many mistakes, too many U-turns and offers too many hostages to fortune. So she will need the strongest of chiefs of staff in Downing Street, one with experience and authority, to impose order on the Truss operation — but also to take her aside and tell her when she’s about to make a mistake.

Johnson’s failure to have one is a major reason why he’s packing his bags. That chief of staff will also need a strong team inside Downing Street around them to impose focus and discipline across Whitehall so that cabinet ministers and government departments are implementing the right policies and staying on message. The callow young advisers that dominate her leadership campaign won’t do.

Yes, I’m talking about an Office of the Prime Minister. Tony Blair effectively had one, which is a major reason his government was so effective. Johnson couldn’t be bothered, which explains his downfall.

She will also need a communications director with experience and authority — an Alastair Campbell figure who would limit her broadcast appearances and ensure she is fully briefed for those she does.

Truss is not a natural media performer and too often blunders up cul-de-sacs in interviews, which she then has to reverse down at great speed. To do this as prime minister would mean heaven-sent opportunities for her enemies to cause mischief.

She needs to ration her broadcasts until she grows in confidence and into the job, if she ever does. Modern prime ministers are inclined to give too many interviews anyway (except when it’s me doing the interviewing — then Johnson and Truss are not inclined to give any!).

Above all she needs to stay focused on what really matters and for the foreseeable future that is the cost of living, recession, the war in Ukraine and the energy fallout from it. All four are linked and blow back on each other.

She should resist allowing The Blob to set the agenda for her and avoid getting sucked into their concerns and priorities.

They should not be hers — and they are not the priorities of those likely to vote for her.

She needs to keep in mind Thomas Jefferson’s dictum — that the best government is the least government and that government should concentrate on doing well what only government can do.

It’s a tall order. It’s not clear she has it in her to do it. There is a chance it will all unravel before winter is out and the Tories would be back in yet another leadership contest, which will stretch voters’ patience to breaking point.

It would also make another Labour government inevitable, whether or not it was ready for prime time. So, yes, there’s a lot hanging on the outcome of Truss v The Blob.

As a petrified 9-year-old, I was tormented into silence... writes ALEX RENTON in devastating dossier