Anthony Albanese has refused to apologise after Labor scrapped its election promise to cut power bills by $275 by 2025.

The Prime Minister promised the cut during the election campaign, insisting that cheaper renewable energy would bring down prices.

But just six weeks into his term in office, Energy Minister Chris Bowen was forced to admit the figure would not be achievable amid a big spike in power prices. 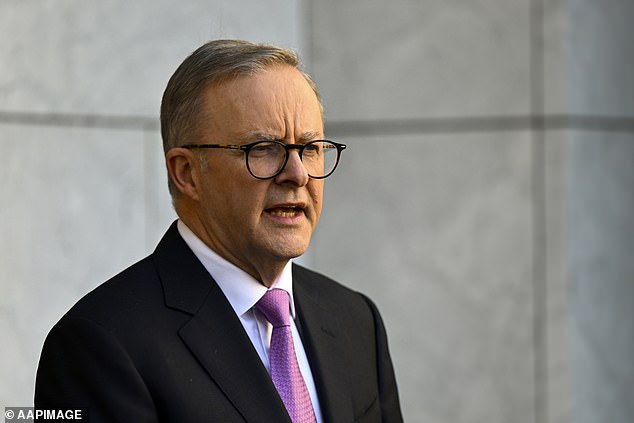 ‘Before becoming Prime Minister you repeated your promise to cut electricity bills by $275 on no less than 15 occasions. After becoming prime minister, you have not mentioned it once,’ he said.

‘You said, and I quote, it is the job of the Prime Minister deal with the challenges that Australia faces and not to constantly just blame someone else.

‘Will you be honest with the Australian people and tell them whether they will be getting the $275 cut that you promised them?’

Mr Albanese largely dodged the question, instead boasting about securing the passage of a bill to legislate a 43 per cent emissions reductions target with support from the Greens.

‘Today we have another step closer to delivering our mandate,’ he declared.

Mr Albanese insisted his energy policy would create 640,000 new jobs with five out of every six of them in regional Australia.

He said the the renewable sector would make up 82 per cent of the National Electricity Market by 2030 and Australia would reach net zero emissions by 2050. 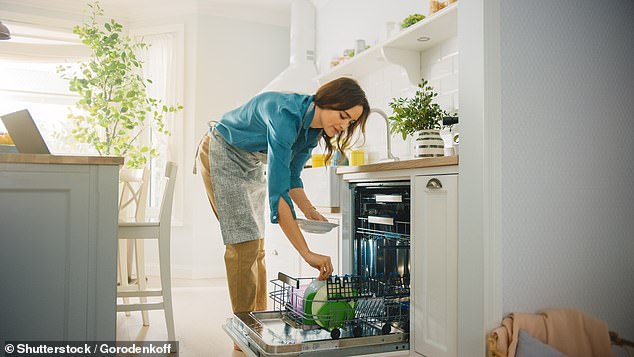 The Prime Minister had promised the cut during the election campaign, insisting that cheaper renewable energy would bring down prices

Mr Albanese then attacked shadow treasurer Angus Taylor for also missing electricity price promises after failing to deliver on a pledge to cut prices by 25 per cent in the build up to the 2019 election.

He also attacked the Coalition for moving towards nuclear power after Mr Dutton launched a policy review into it.

But again the Prime Minister dodged the question.

Labor’s modelling ahead of the election predicted bills would come down by $378 by 2030 as the government invested in more renewable energy which is cheaper than power produced by burning fossil fuels.

During the election campaign Mr Albanese said his climate change policies would save families $275 a year by 2025. 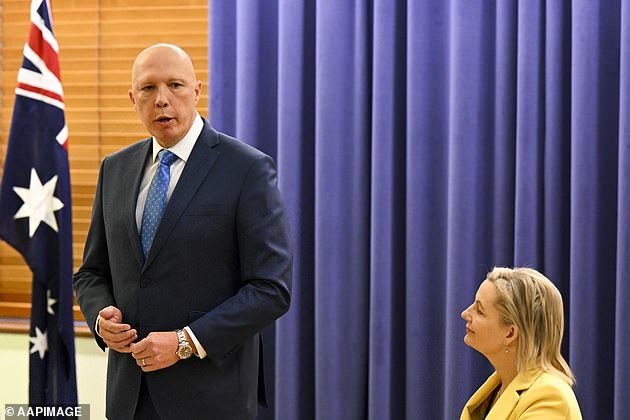 In June Mr Bowen admitted the modelling which produced the $275 figure is already out of date and can’t be relied upon.

He blamed recently revealed delays to the Snowy 2.0 hydro-electric dam in NSW and power price increases of up to 18.3 per cent on the east coast.

Asked if he still stood by Labor’s $275 figure, which was modelled by private firm RepuTex and revealed in December, Mr Bowen said: ‘Of course figures will move around.

Coal and gas prices soared amid an early onset of winter and Russia’s invasion of Ukraine.

The government’s bill enshrines an emissions reduction target of 43 per cent by 2030 and net zero by 2050, and will require the minister of the day to report annually to parliament on the nation’s progress.

Negotiations between Mr Bandt and Mr Bowen had been ongoing after the Greens voiced concerns about the bill.

The Greens wanted faster action on climate change, calling for a 2030 emissions reduction target of 75 per cent during the election campaign. 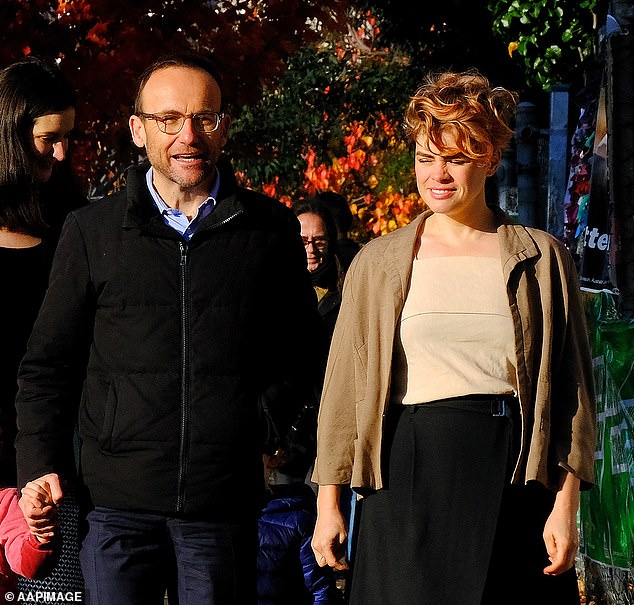 Labor needs the support of all 12 Greens senators plus one crossbencher in order for the bill to pass the upper house.

Independent David Pocock, former Wallabies captain, has indicated he will support the bill, meaning it will now almost certainly pass the senate.

Mr Albanese said he was ‘very confident’ the bill would pass, and urged the Coalition to also back it.

‘This is an opportunity for the whole of the parliament to be on the right side of history,’ he said.