Anthony Albanese has mourned the loss of a close friend and former staffer who died just weeks after he was elected Prime Minister of Australia.

‘Very sad news that my dear friend Kris Cruden has passed away peacefully after a long battle with cancer,’ Mr Albanese wrote on Sunday.

He described Ms Cruden as a ‘compassionate, smart, funny and amazing woman’ who had worked as his chief of staff.

Ms Cruden served as the Mayor of Leichhardt in Sydney for three years between 1996 and 1999 and was a prominent Labor Party figure and ‘committed trade unionist’. 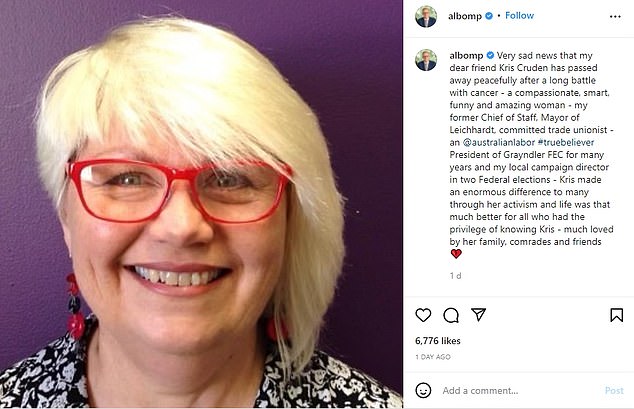 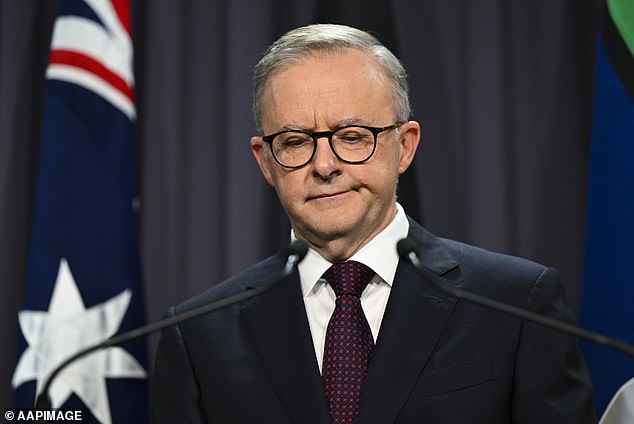 Mr Albanese had formed a bond with the former president of the Grayndler federal electorate council after working with her for many years.

‘My local campaign director in two Federal elections, Kris made an enormous difference to many through her activism,’ Ms Albanese said.

‘Life was that much better for all who had the privilege of knowing Kris – much loved by her family, comrades and friends.’

‘Kris was a leader of great standing in the trade union movement and the Labor Party, and an excellent human being,’ Mr Byrne said.

‘As all of her thousands of comrades know, Kris was unfailingly loyal and principled – to the end. There was no stronger person to have in your corner.’ 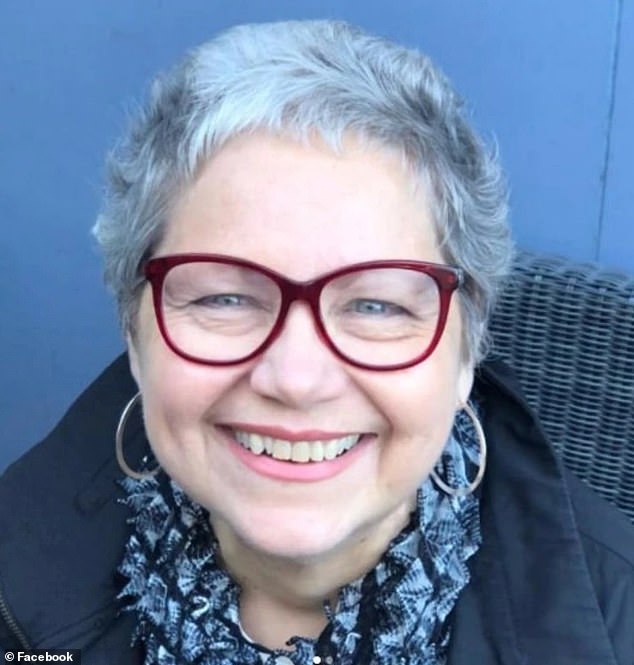 ‘She watched the election night coverage from hospital and, as always, she thought the collective progress of the Labor Party and labour movement more important than her personal difficulties,’ he said.

‘Kris was instrumental in achieving the landmark pay equity case in school education. She will be loved and missed by all at the PSA,’ he said. 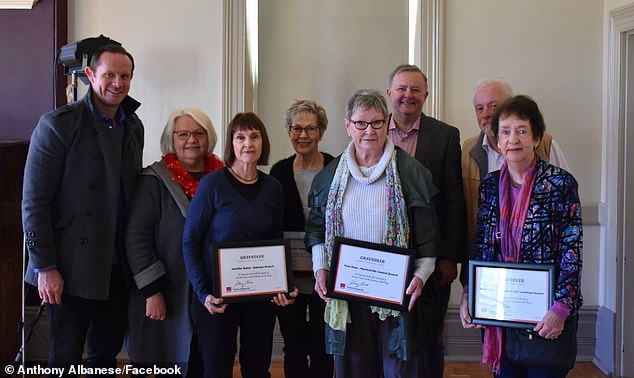 Covid countdown to lockdown: 11 deaths, empty streets and BA in crisis on this day last year