Anthony Albanese’s new laws forcing Australia to cut carbon emissions by 43 per cent have passed the lower house with support from the Greens and teal independents.

The Coalition opposed the bill except for Liberal MP Bridget Archer who crossed the floor to see it pass by 89 votes to 55. 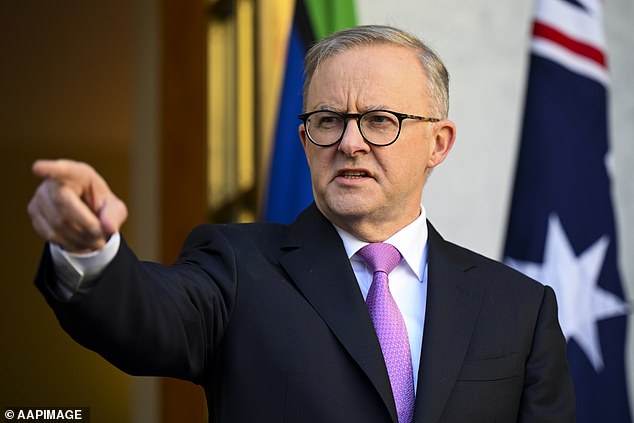 The bill will now be sent to the Senate where it is expected to pass with support of the Greens and Independent David Pocock.

The 2030 commitment is a step up from the former coalition government’s unlegislated 26 to 28 per cent target. The Coalition supports the net zero 2050 target.

Independent MP Zali Steggall said the ‘next step’ of Australia’s response to climate change had to be phasing out oil, coal, and gas.

She and other independents told reporters in Canberra they wanted to see greater cooperation with the government, but praised the approach Labor had taken.

‘I don’t think it impresses many of us and it certainly doesn’t impress the Australian public.’

Climate Change Minister Chris Bowen declared the passage of the bill ‘a good day for Australia’ and thanked the crossbenchers for working collaboratively with the government.

Following consultations with the Greens, the government agreed to ensure the emissions target could only go up in future, with a mechanism in place to increase its ambition.

There will also be greater transparency and strengthened requirements on the Climate Change Authority, the body charged with advising on climate targets and policies.

Multiple amendments proposed by independent MPs were supported by the government, including for regional Australia to be explicitly considered in new laws.

The coalition did not support the amendment moved by independent MP Helen Haines to ensure the authority considers economic, employment and social benefits for rural and regional Australia.

The government also agreed to ensure the bill clearly states its intention is to drive climate action and is linked to science.

But the government and opposition voted against amendments to lift the emissions reduction target to 75 per cent by 2030 and net zero by 2035 proposed by the Greens and independent MP Andrew Wilkie.

The bill is being assessed by a Senate inquiry which is due to report on August 31, after which it will be debated and is expected to pass with the help of the Greens and one upper house crossbencher.

‘We went into the process in good faith, always with the intention of improving this bill, which was really weak,’ she told ABC radio.

‘But let’s be clear – coal and gas will blow this target pretty quickly. And that fight will continue.’

ACT independent senator David Pocock said the 43 per cent target enshrined in the legislation was not high enough, but having certainty was important.

Senator Pocock said he would not be “rubber stamping” the bill until it was properly assessed.

‘My job is to work with the crossbench, work with the government, to ensure that whatever we do legislate come September does have integrity,’ he said.

Independent Dai Le has refused to support Labor’s climate change bill over fears it will increase the cost of living . 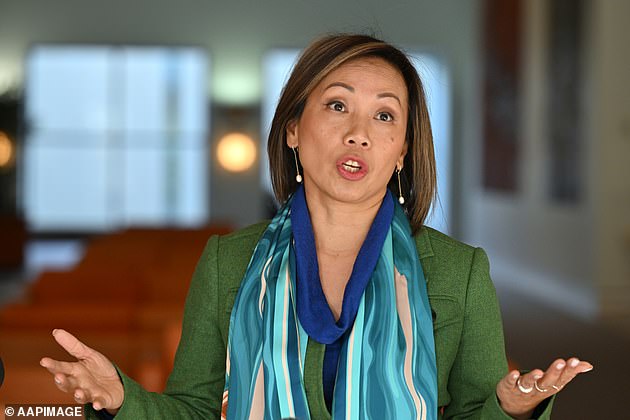 The new MP for Fowler, who unexpectedly beat Kristina Keneally to win the formerly safe Labor seat in western Sydney , said the bill lacks detail on how it will impact poor Aussies.

Senior Liberals have branded it pointless virtue signalling and Ms Le – the first refugee to become an MP – has also refused to support it, fearing it could make cost of living pressures worse by increasing power bills.

‘I have decided to abstain from voting on the Climate Change Bill until there are more details on how its implementation will affect low-income families in Fowler,’ she said on Wednesday.

‘I do not consider the current Climate Change Bill to be an emergency. Right now, Australian families have a real emergency, and we need to focus on low-income families who are struggling with high food, fuel and energy prices,’ she said.

Labor has insisted that transitioning to renewable energy will reduce power prices over time – but has already scrapped its election pledge to bring bills down by $275 a year by 2025 amid soaring energy costs this winter.

Ms Le, who is pushing for the 22 cents-a-litre fuel tax cut to be extended beyond September 28, said her priority is to reduce the cost of living for hard-up Aussies as inflation hit 6.1 per cent in the June quarter, the highest level since 2001.

NSW Police officer blasted for grabbing woman by throat, slamming her into car