A man has been arrested after allegedly breaking into former Northern Territory chief minister Michael Gunner’s electorate office and attempting to steal photos of the retiring politician.

Police were called to the Parap shopping centre in Darwin about 4am on Tuesday after reports a man had broken into the member for Fannie Bay’s office and caused extensive damage.

Officers took a 47-year-old man into custody and he was expected to be charged later on Tuesday, a police spokesman said. 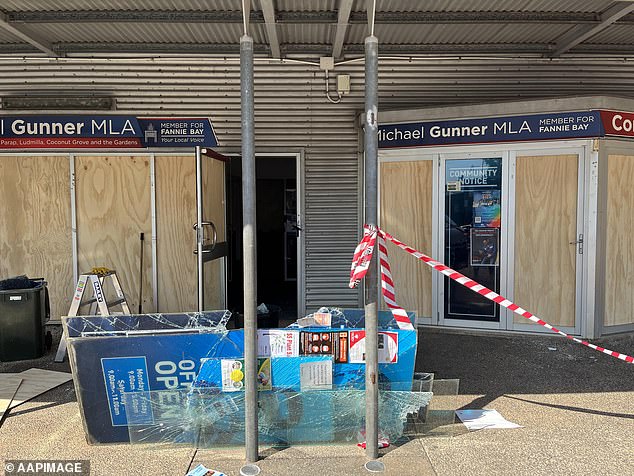 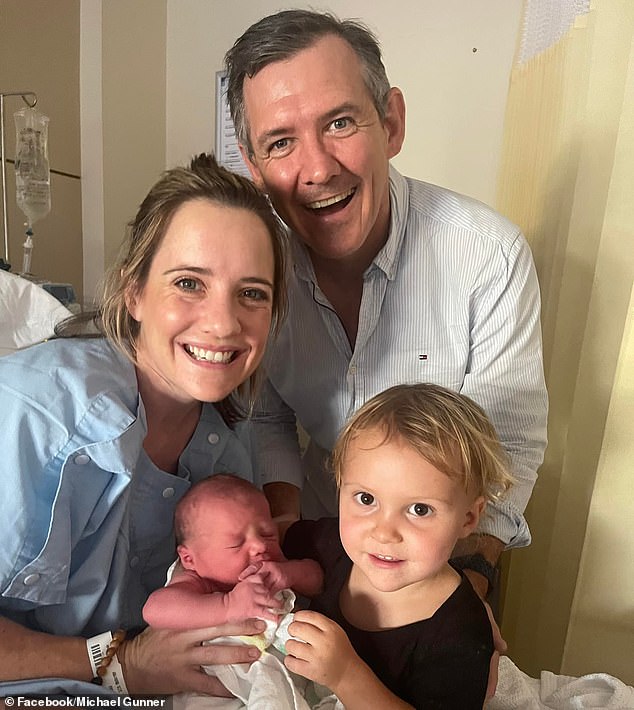 Mr Gunner confirmed his office had been targeted in a social media post several hours later.

‘My electorate office was broken into at 4am this morning,’ he said on Facebook.

‘It was a very personal break-in targeting photos of me and items of personal importance to me.

‘My staff are OK, my family are OK …We’ll take advice from police on what our next steps may need to be to keep my family safe.’

Mr Gunner announced he was quitting NT politics on Wednesday, forcing a by-election that is scheduled for August 20.

The 46-year-old had been on the back bench since May when he resigned from the top job, saying his head and heart were no longer in the role.

Anti-COVID-19 vaccination protesters allegedly made several death threats against Mr Gunner and his family late in 2021 after the government announced vaccine mandates for workers.

Mr Gunner remained a target after he resigned from the chief minister’s role, with protesters confronting him and his family on several occasions in social settings around Darwin.

He first won the Fannie Bay seat in 2008 and was returned by a margin of more than 800 votes at the 2020 territory poll.