Piers Corbyn was last night forcibly removed from a Peoples’ Question Time event after an audience member branded the Covid-19 pandemic a ‘hoax’.

Footage of the event shows the moment former Labour leader Jeremy Corbyn’s brother had to be removed by security officers as a band of anti-vaxxers forced the show to stop filming with their chants of ‘shame on you’.

The disruption began when an audience member asked Ms Clarke: ‘My question is when are you going to get in touch with reality and end the Covid hoax? The whole thing is a complete scam.’ 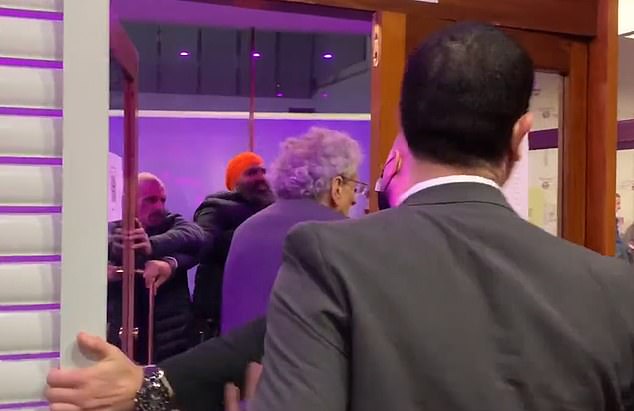 She responded: ‘We’re not here to make speeches. Is this transport related? No, next question. Sir you’re wasting time.’

Piers Corbyn regularly attends rallies and protests against the Covid-19 pandemic, and earlier this week interrupted an NHS funding rally addressed by his brother.

At last night’s event the man continued shouting even after his microphone was taken away from him. He said: ‘You said you would answer every single question.’

Ms Clarke said: ‘There was no question. Move on please. Can we ask the guest to leave please.’

A group of anti-vaxxers then erupt into a chant of ‘answer the question’ as filming grinds to a halt.

Others stood at the back shout ‘this is a democracy’, ‘answer the question’ and ‘disgusting’.

Ms Clarke added: ‘Covid deniers in the back please sit down or you will be asked to leave.’ 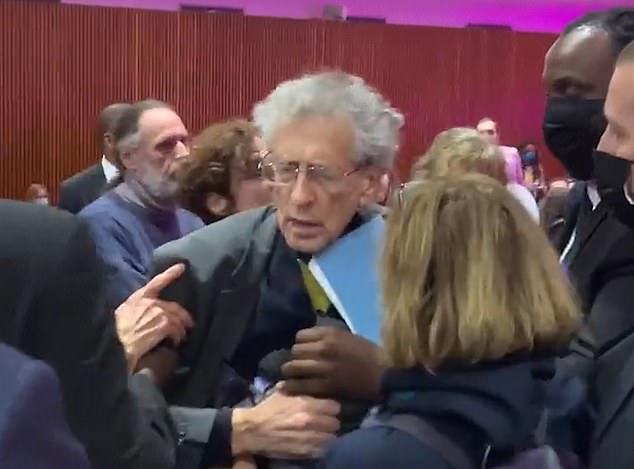 Another chant of ‘shame of you’ begins as a bewildered Ms Clarke said: ‘Can we please get Piers Corbyn and his friends out of here. We’ll just wait for these people to leave. Thankyou everyone for your patience.’

The free event – which audience members could sign up for online – had been an opportunity for Londoners to ask Mayor Sadiq Khan about his plans for the capital’s future.

A description of the evening read: ‘This is your chance to hear the Mayor of London, Sadiq Khan and the London Assembly, talk about their plans and priorities for the city.

‘Hot topics on the night include; transport, policing and safety, air quality and the environment, housing and London’s economic recovery.’

High-flying £100,000-a-year lawyer loses harassment case after boss pointed out she was single