Are April showers drying up? Rainfall last month was down for third year in a row… but it’s a boon for plants as lack of moisture prevents disease, experts say

They have long been an essential part of our spring for weathermen, gardeners and great poets alike.

But for those who like to wax lyrical on April showers, their source of inspiration may be drying up.

For last month saw almost a third less rainfall than average across the UK.

But while gardeners usually complain when the weather is dry, experts say the lack of April showers has been a boon for plants as it prevented diseases that thrive in the damp.

England, as would be expected, was the driest part of the UK, with only 44 per cent of the average rainfall for the month, according to the Meteorological Office.

Southern areas were especially dry as high pressure dominated, seeing only just over a third of the normal amount of rain for April, while Wales had 53 per cent.

Scotland and Northern Ireland were closer to their long term average, at 92 per cent and 96 per cent respectively.

Dr Mark McCarthy of the National Climate Information Centre said: ‘High pressure has been the prime influence of UK weather in April, bringing with it a good period of calm and settled weather, especially in the South.’ 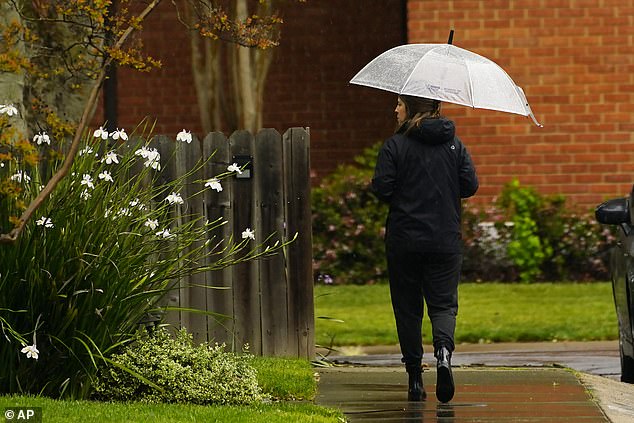 But slightly lower than normal overnight temperatures saw an average of 5.9 air frosts, which the Royal Horticultural Society says may have harmed some fruit trees.

The charity’s Guy Barter said: ‘Fruit flowers are vulnerable to frost and it is likely the apple and pear crop will have been affected.

‘However, in many regions garden fruit trees had little crop last year due to spring frosts and were consequently laden with blossom this year.

‘With luck enough flowers and fruitlets will have survived to give a fair crop in 2022.’

The RHS said the dry April has been a boon for gardeners as diseases including powdery mildew and fungal leaf spot thrive in more humid conditions.

Plant pathologist Liz Beal said: ‘Reports of common garden diseases are at low levels this year after a mild and dry start.

‘While this stands to benefit May blooms such as lupins, hawthorn and bearded iris, gardeners should consider the impact a change in the weather could have on their carefully cultivated plants.’

…and its great news for strawberries

The season for strawberries and cream will come a little earlier than usual this year – thanks to last month’s sunny weather.

Strawberry harvests are up by 50 per cent on last year after we enjoyed around 166 hours of sunshine in April. 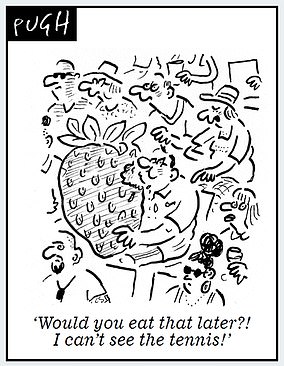 The increased sunlight, which has also boosted the fruit’s natural sugar levels, has led to a bumper crop which will fill supermarket shelves this month.

British strawberry harvests usually peak in June with earlier stocks imported from countries such as Spain.

However, industry body British Summer Fruits warned that the earlier harvest may not lead to cheaper prices due to the cost of living crisis.

Chairman Nick Marston said: ‘Higher energy and labour costs have actually pushed up the price of producing a punnet of strawberries by about 20p… Despite these challenges, British strawberries remain a true success story.’

This makes the berries sweeter and is one of the main reasons for such good tasting fruit.’

The British strawberry industry is worth £769million, with Britons buying more than 87,000 tons last year.