At least 15 students are injured and a man left fighting for life after horror multi-vehicle crash involving a school bus, dump truck and car in North Carolina

At least 15 students were injured and a man is fighting for his life following a crash involving a school bus, car and dump truck in North Carolina on Wednesday morning.

Paramedics at the scene in Charlotte confirmed that 15 of the 18 injured were students from the Charlotte-Mecklenburg Schools (CMS) and one of the adult victims had sustained life-threatening injuries, WSOC reported.

The school bus was carrying 40 students when the passenger car and dump truck hit it, CMS officials said.

The bus driver and dump truck driver were trapped inside their vehicles after the crash but were freed by the Charlotte Fire Department. It was not immediately clear if one of the drivers was the victim who sustained life-threatening injuries. 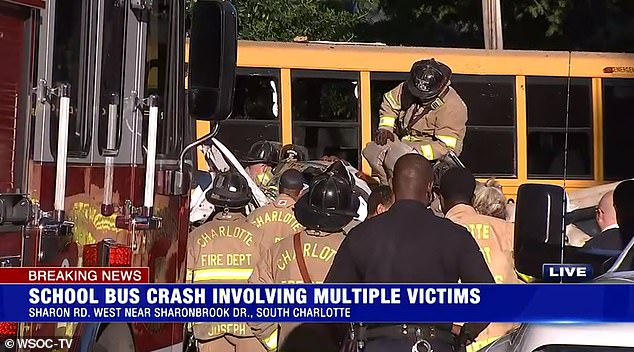 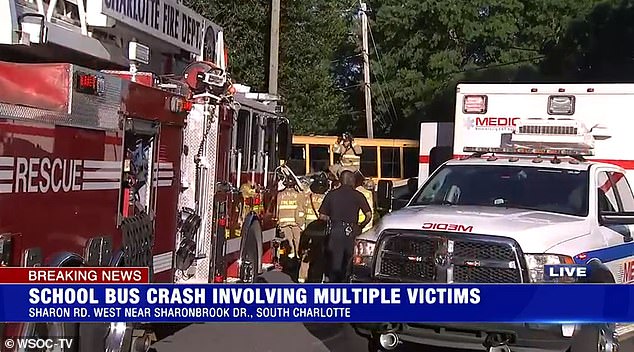 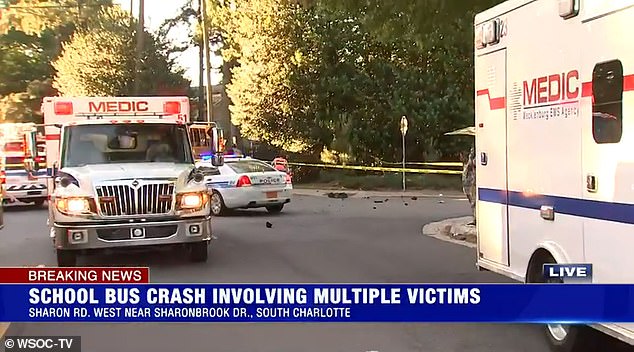 Fire department officials said freeing the drivers took long due to the sheer amount of dented metal surrounding them from the crash.

The children were all taken the hospital in a mass casualty bus to treat their minor injuries, WRAL reported.

Angie Washington, who lives in the area, told WRAL that she was in her home when she heard a loud boom and the screaming of school children.

‘I saw all the children getting out the back of the bus and I ran down here,’ she said. ‘Kids were crying, they were a little hysterical.’