An Australian woman has revealed the enormous cost of maintaining her dog’s social media fame.

Alina Michael, 32, who lives in Sydney’s Northern Beaches, has lavished her love and attention on Coco the ‘peekapoo’ – a breed that is three quarters toy poodle and a quarter Pekingese – to make up for not having any children.

Ms Michael told Daily Mail Australia on Tuesday that she has spent more than $150,000 on Coco since establishing her own Instagram page four and a half years ago. 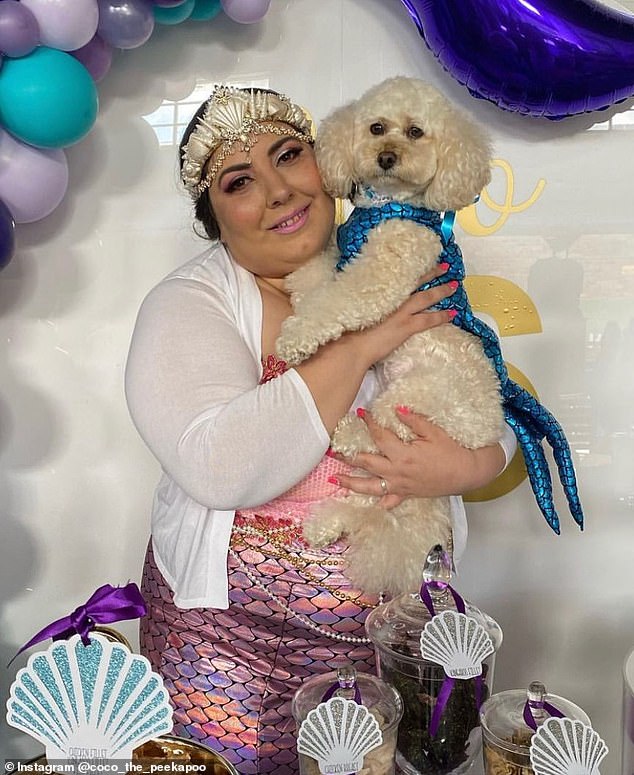 Alina Michael (pictured left), 32, has spent more than $150,000 on her Peekapoo ‘Coco’ (right) since creating her Instagram page four and a half years ago 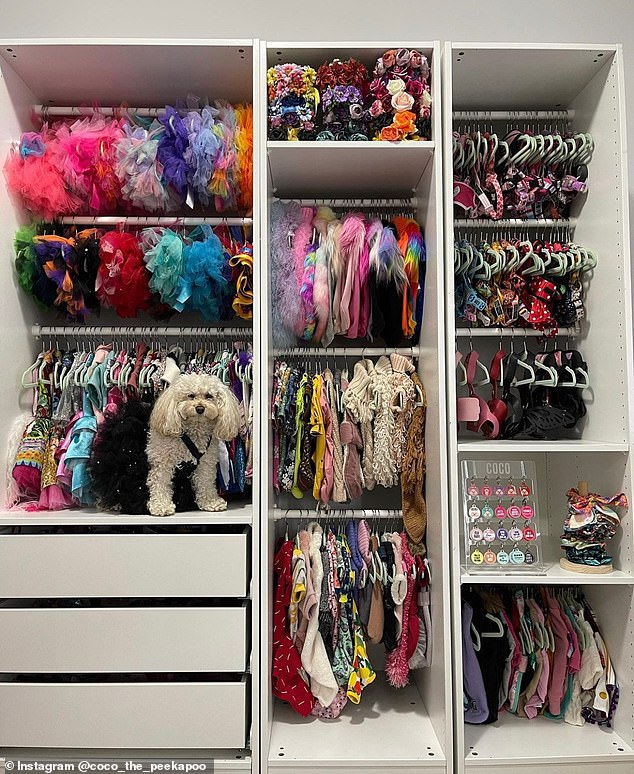 This includes a wardrobe worth more than $100,000 (pictured) and a $500 remote control pink Lamborghini which she loves to ride around in

That includes a wardrobe worth more than $100,000, as well as a $500 remote control pink Lamborghini which she loves to ride around in.

Ms Michael got the idea of making Coco a canine influencer after she ‘noticed a friend dress her dog up with fancy clothes and then post photos on social media.’

Since creating her dog’s Instagram page @coco_the_peekapoo a few years ago, it has gained more than 62,000 followers who ‘cannot wait to see what Coco wears next.’

The page is a money spinner, as many of Coco’s devoted followers purchase the products that she poses in. 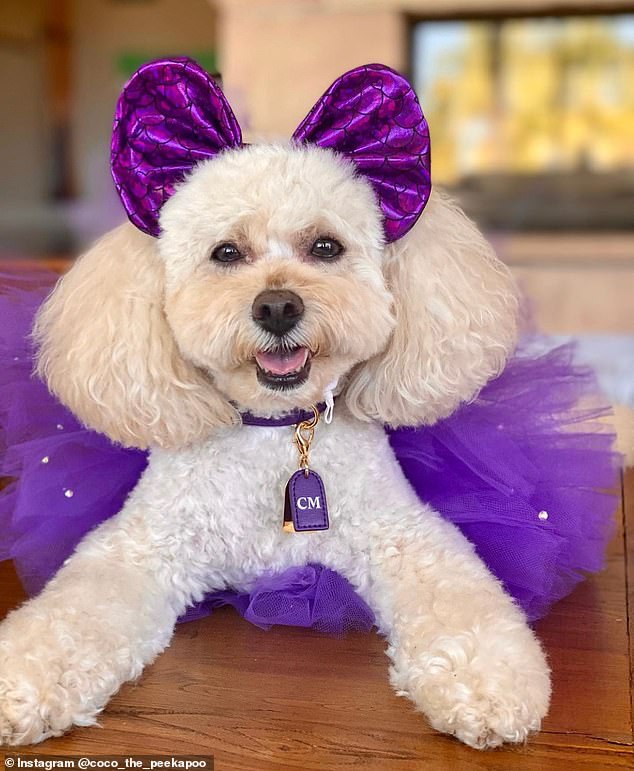 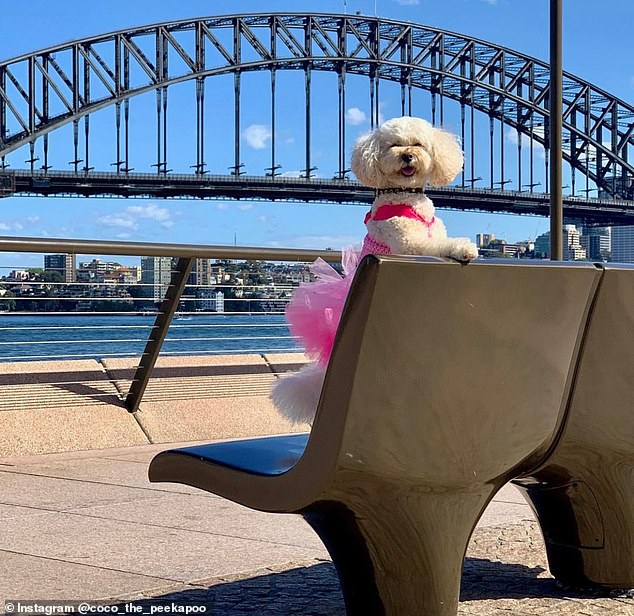 As a result of her social media fame, Coco usually gets spotted while out and about (pictured)

Coco was crowned Australia’s Top Dog in 2021, Sydney’s Top Dog in 2019 and has had several television appearances, including ‘Pooch Perfect’ with Rebel Wilson, Studio 10, Sunrise and The Morning Show.

She models for DOGUE’s range of clothes and accessories, Indie Boho and Bravecto,

As a result of her social media fame, Coco often gets spotted by fans while out and about.

‘I don’t think she really has any idea what is going on,’ Ms Michael expressed.

‘Coco likes to wear all sorts of clothing and gets excited when she put the outfits on…she knows she will get photos or leave the house.’

Ms Michael revealed that she spends up to $8,000 on Coco’s birthday party each year, while sponsors also provide up to $15,000 worth of products for the influencers and party guests to take home. 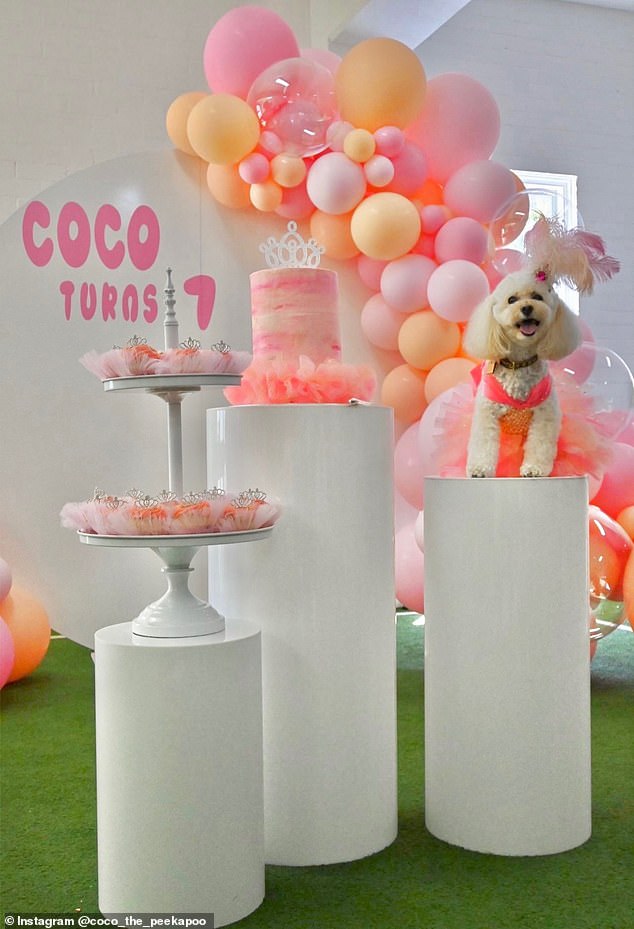 Ms Michael spends up to $8,000 every year for Coco’s birthday parties (pictured)

Every post on Coco’s Instagram page generates up to $750 through brand partnerships and Ms Michael said this money more than offsets the spending on these expensive birthday parties.

‘For anyone wanting to be successful, it’s important to have relationships with brands and businesses…opportunities will arise from this,’ Ms Michael said.

‘We have met so many nice people along the way through networking.’

While majority of Coco’s followers share positive comments, there are also jealous dog mothers out there who are not so impressed.

Ms Michael said: ‘The growing world of pet influencers can be very competitive, like a pack of school mums.’

Britons fear another Christmas in lockdown despite PM being ‘confident’