Professionals who are willing to switch careers to become teachers could secure pay rises and huge bonuses in a plan to fix critical teacher shortages.

The framework laid out by the Commonwealth-backed Australian Institute for Teaching and School Leadership (AITSL) includes 12-month paid teaching internships to entice university graduates from different fields to learn on the job.

At the end of the internship, graduates would have a two-year masters degree in education and, once in the profession, be on track to earn vastly more competitive salaries with a 40 per cent pay rise – or about $50,000 – proposed for teachers who excel.

The AITSL wants to bring Australian teachers earnings in line with their overseas counterparts under the plan which could see salaries for the most highly accomplished educators rise above $175,000pa. 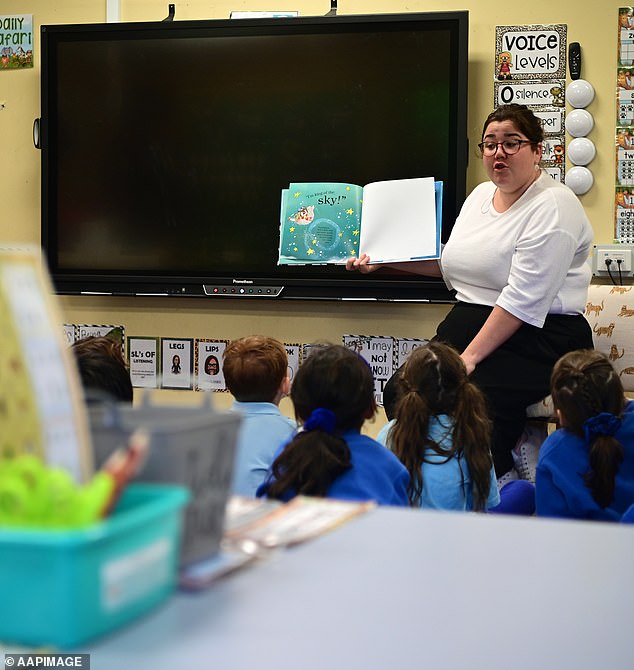 Federal and state education ministers will meet next week to discuss huge reforms to entice teachers to join the profession and stay (pictured: Annandale Public School in Sydney)

‘The biggest influence on student learning is the quality of teaching,’ AITSL chief executive Mark Grant told The Australian.

The AITSL believes that higher pay for top positions in teaching would entice more teachers to stay in the job compared with moderate but overall more expensive ‘generalised pay rises’.

Lead teachers in Australia are highly skilled, assume responsibility for coaching other teachers and are often the heads of grades or departments within a school.

Only about 1,025 teachers are certified as lead teachers, with the AITSL wanting to increase their numbers so they are more common, in a similar fashion to Singapore’s successful system in which the number of lead teachers was recently tripled.

In Singapore’s system after three years on the job, teachers are assessed annually to see whether they should be put on the leadership path.

‘There are more kids going to school now than ever before … but there are fewer people going on to university to study teaching,’ Mr Clare said.

He noted the number of people training to be teachers had plunged by 16 per cent since 2012.

The other issue, he said, is teachers who feel ‘burnt out’ leaving the job.

The government hopes to attract more graduates into teaching with paid internships under its High Achievers Teachers program already in place.

But the AITSL proposal goes a step further suggesting IT workers, lawyers, accountants and other skilled professionals also be able to access the paid internship to switch to teaching mid-career.

A national board of review to ensure ‘quality and consistency’ of teaching degrees is also proposed by the AITSL. 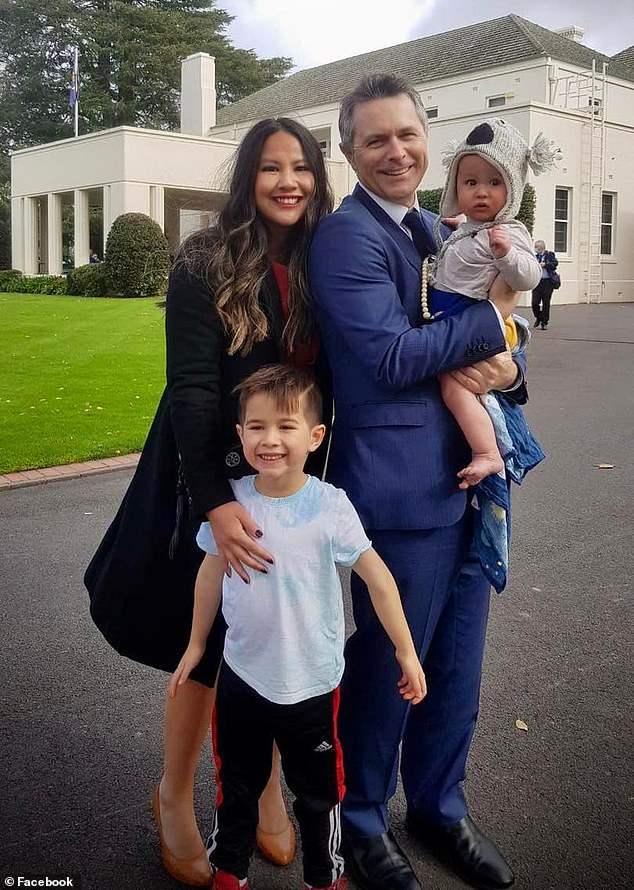 The NSW government is already taking steps to tackle the teacher shortage.

Hundreds of school administration, leadership and support staff will be hired in the state by term four to help under-pressure teachers.

More than 200 new administrative positions will be trialled from term four to assist public school teachers with tasks including data entry, paperwork, and co-ordinating events and excursions.

Thousands of teachers walked off the job in late June over wages and conditions, with the NSW Teachers Federation describing the state government’s three per cent pay increase offer as an insult.

Education Minister Sarah Mitchell said the new roles would reduce the administrative burden on teachers and open doors to people wanting to re-enter the workforce or upskill.

‘Our teachers are skilled professionals and their time is precious. However, they are stretched across too many non-teaching and low-value activities,’ Ms Mitchell said on Sunday.

‘Running a modern-day school is complex. We need to look at the work staff do in schools and think differently about how it gets done.’

Ms Mitchell said it was a ‘great opportunity’ for parents and carers to fill the roles and work during school hours. 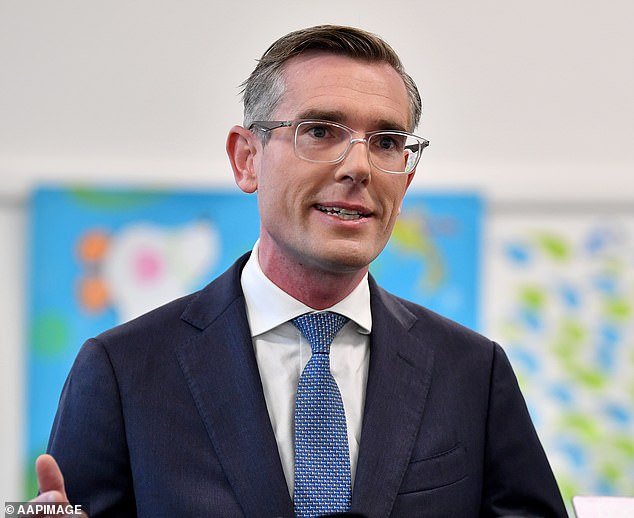 But Labor shadow treasurer Daniel Mookhey said the government announcement was a ‘band-aid solution’ to an immense problem.

‘It is sad that the government has had to issue an SOS to parents to come to the rescue to solve their failure to generate enough teachers for our kids,’ he told reporters.

‘This is only the beginning, and we will be scaling up what we see working once this trial concludes next year,’ she said.

The teacher strike on June 30, shortly before the start of NSW school holidays, was the third in six months.

In Queensland, teachers will be among the highest paid in the country under the latest offer put forward by the state government.

Consecutive pay rises of four per cent over the next two years, then three per cent the year after, are on the table, as well as a cost-of-living bonus.

The extra incentive is designed to tackle rising inflation, and is pegged against the consumer price index of the preceding year.

A one-off payment, equal to the difference between the CPI increase and base wage increase, will be paid to all employees under the offer.

The future of air travel: BA reveals how airports will look ahead of return of holidays