The widow of a man who died in a paragliding accident has spoken about how he lived life on the edge, right up until his horrific death.

Austin Desi spent every weekend climbing to the top of Mount Archer, in Queensland’s Somerset region, with his mate Liam Cunningham.

The friends bonded over their love of extreme sports like BASE jumping and skydiving and had recently found a passion for paragliding.

Six years ago, the pair took to the skies on a seemingly ordinary Sunday morning without knowing their lives were about to be forever changed.

During the flight, Austin clipped a tree and was thrown 40 metres to the ground, fracturing most of his body and suffering severe internal injuries in the fall.

His wife Janette, who was heavily pregnant with their second child at the time, was just days away from giving birth when she received word of the accident.

‘I was very heavily pregnant and he was keen to go out flying and he went “oh I better go now so I have a chance before the baby’s born”,’ Janette told SBS Insight.

Janette said her husband always took risks, even asking his wife if he should take the car in case he needed to rush to meet her during labour.

‘He asked if he should take our car because he might meet me at the hospital,’ she said. 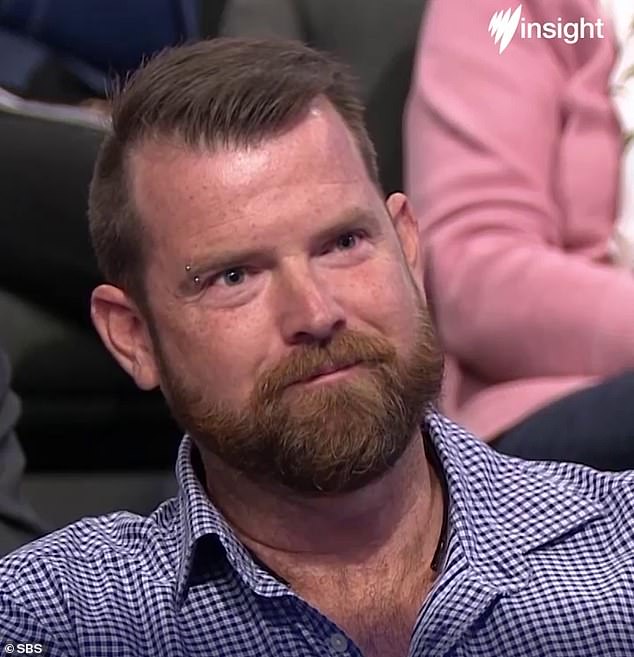 Austin’s wife and close friend revisited their final memories of the Brisbane father in an episode of SBS Insight, due to air on Tuesday night.

Mr Cunningham recalled the moment he realised his friend’s injuries were serious.

‘He ended up clipping one of the trees and being slungshot into the ground by about 40 metres. I watched him hit the ground,’ he told host Kumi Taguchi.

‘He was unconscious, bloody. As I was trying to move him into the recovery position, checking to see what kind of damage had occurred, I realised there were no bones pretty much in his legs. Both legs would just move like jelly.

‘It was about then that I started realising, okay, this is much more serious than he’s bumped his head on the way down and he may not be waking up right now.’

Mr Cunningham remained by Austin’s side for several hours before paramedics arrived by helicopter to fly the pair to safety.

The 35-year-old died at Archer Falls Airfield, leaving behind his pregnant wife Janette and their three-year-old daughter Evelyn. 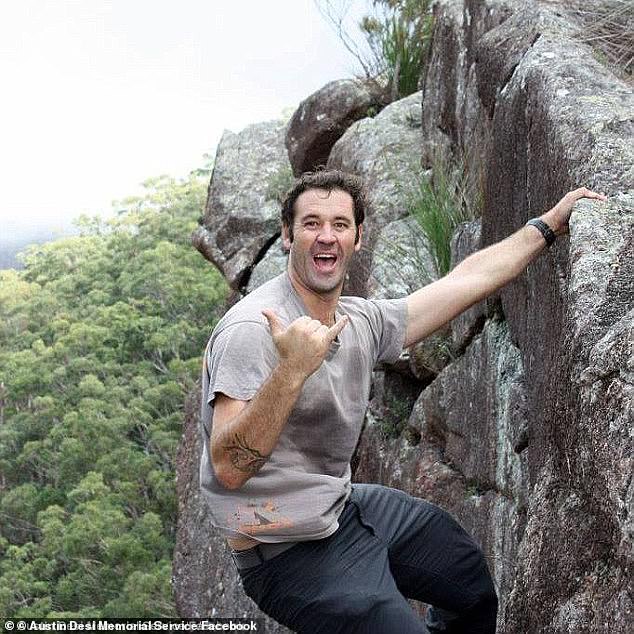 Brisbane father-of-two Austin Desi (pictured) died in a horror paragliding accident at Mount Archer in Queensland’s Somerset Region six years ago in May, 2016

Janette gave birth to her son, who her husband had named Charles, five days after his fatal accident. The baby’s middle name is Austin in tribute to his father.

The new mother-of-two took to social media to share the bittersweet news at the time.

‘He is perfect,’ Janette wrote on her Facebook page at the time. ‘Even as we continue to adjust to the loss of his father, I am so glad to celebrate the birth of our son.’

The Queensland coroner found Austin died from the result of multiple injuries sustained in the crash, including fractures to his skull, legs, arms and pelvis.

‘It was to be Austin Desi’s maiden flight of a recently purchased Ozone Zero paraglider shortly before the expected birth of his second child,’ the report, handed down in 2017, said.

The coroner reported Austin was completing a turn when his canopy collapsed and most likely struck a large tree, with the paraglider falling heavily to the ground, impacting with both his legs before somersaulting and landing on his back.

Mr Cunningham told the coroner Austin had ‘extensive knowledge of flying conditions in the area’ and described their morning flight as ‘straight-forward’.

There was no evidence of any defect or safety issue with the parachute with the coroner reporting the primary cause of the accident was due to Austin not having the paragliding experience or altitude to correct the canopy collapse.

It was also noted that Austin’s weight was about 10kg above the manufacturer’s recommendation for the Ozone Zero paraglider, which was considered a minor factor in the incident occurring.

Justine told SBS Insight she and Austin had signed their wills 10 days before his death due to his love of extreme sports and the risks involved.

‘He was going out BASE jumping again and I said “the rule is we have to have our wills signed before you’re allowed to even invest in more parachutes”,’ she said. 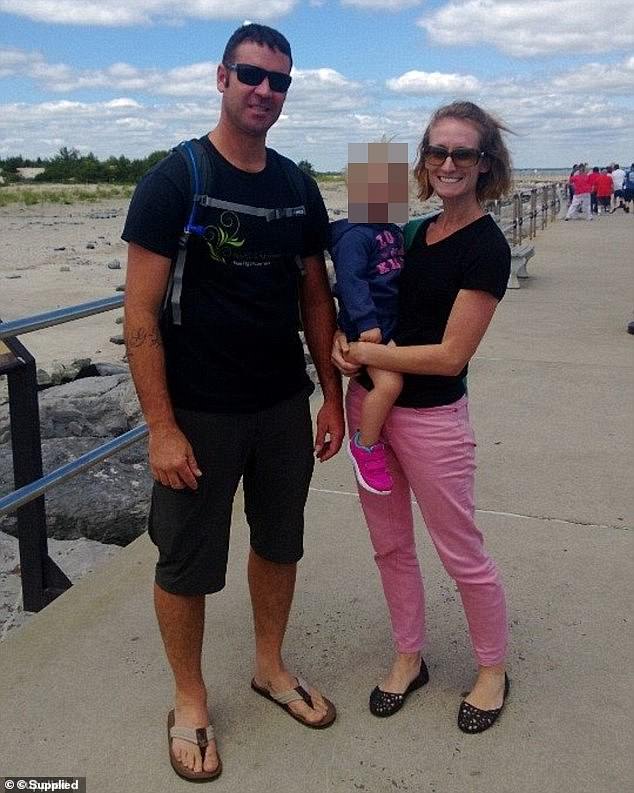 Janette gave birth to her son, who her husband had named Charles, five days after his fatal accident (pictured is the couple with their daughter Evelyn)

A week before giving birth, Janette spoke of the pain of having to break the news to her daughter that her father was never coming home.

‘And she got really excited about the bubbles. Evelyn replied “Well Mum, you will be happy when he comes back down”.

‘The hardest part about all of this is explaining to my daughter that daddy is not coming home to kiss her goodnight which is something he did every night.’