Holiday-home owners are urged to rent out properties as housing crisis escalates: ‘This is a social disaster of epic proportions’

Thousands of holiday-home owners have been implored by a New South Wales council to rent out their vacant properties as Australia’s housing crisis escalates.

Around 8,000 homes in the Eurobdalla Shire Council, which stretches along the state’s south coast, sit vacant for much of the year as their owners primarily live outside of the area.

Meanwhile, nearby campsites are brimming with Australians grappling with homelessness amid a shortage of affordable rental accommodation in the region.

Now, Mayor Mathew Hatcher is begging the non-resident rate payers – of which 7,500 permanently reside in Sydney and Canberra – to lease out their second homes for one to two years.

While he appreciates that many Canberrans holiday in the shire – which spans from South Durras south to past Tilba Tilba – over summer, and that the struggling region needs their tourism dollars, he said addressing the housing issue is paramount. 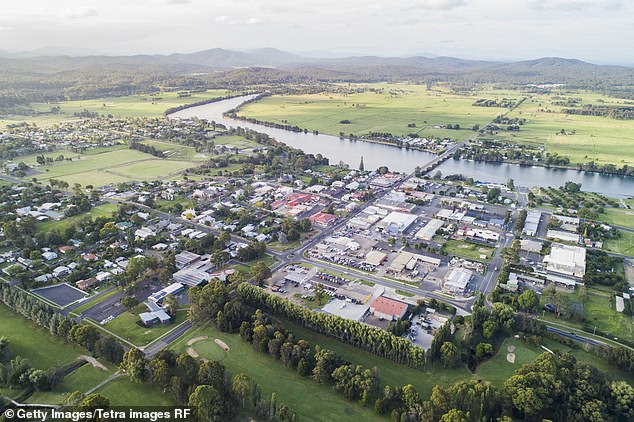 Thousands of homes across the NSW South Coast remain vacant for much of the year while locals grappling with homelessness live in campgrounds. Pictured: Moruya

‘This is a social disaster of epic proportions. It’s a pitch for dignity and humanity,’ he told ABC News.

‘We can’t wait years for homes to be built. We need to address the lack of rental properties in our community right now.’

Cr Hatcher has written a letter about the matter to the home owners, which include 4000 Sydney residents, 3500 Canberrans, 380 Victorians, and hundreds more from interstate or overseas.

After the Black Sumer Bushfires in 2020, which saw 500 homes in the council area lost, a similar plea was made that resulted in more than 80 holiday properties put up for rent.

Cr Hatcher said if people could repeat that generosity it would significantly help the situation.

Mr Hatcher said he wants to avoid introducing regulations on the number of days homes can be leased for short-term stays, which is being pursued in Byron Bay, because the council wants to encourage tourism. 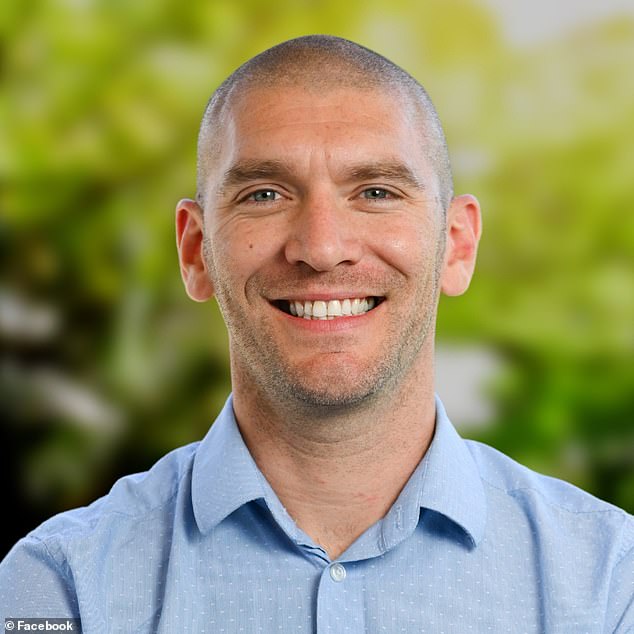 He said trying to balance accommodating holidaymakers, which are vital for the economy, as well as finding homes for locals has placed officials in a ‘sticky spot’.

However, he said some businesses are even struggling to find staff to move to the area because of the lack of available properties.

‘I’m hoping this letter will bring about enough supply so that we don’t have to go to the next level,’ he said.

The call out comes as more than 50 people brace the winter cold in tents and caravans at a campground near Moruya as they struggle to find homes. 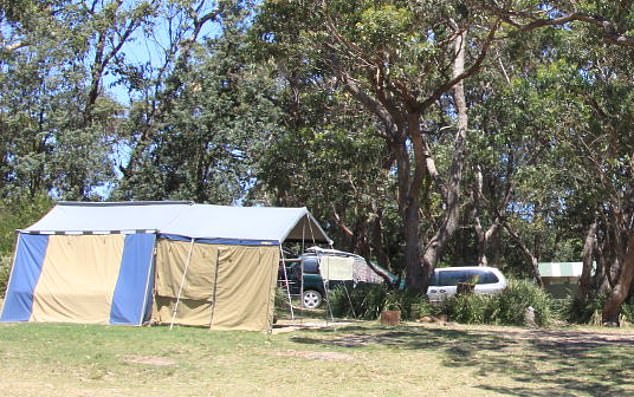 Dozens of people struggling with homelessness have been living in campsites along the NSW South Coast. Pictured: A campsite at Moruya North Head

However, she said many potential landlords were hesitant because of rules introduced during the pandemic that make it more difficult to evict people unable to pay rent.

The nation is experiencing its worst rental crisis on record, with Australian Bureau of Statistics data revealing there are 577,000 vacant residential properties across Australia.

Property expert Michael Matusik believes there should be new tax measures put in place to ‘incentivise or penalise’ owners to release the homes for rent.

‘Around 29 per cent of investment properties are not rented out. They are sitting there vacant,’ Mr Matusik told the Courier Mail.

NSW woman, 48, dies a week after getting Covid-19 vaccine and developing blood clots