Australians are so desperate to get on the property ladder they would buy a dark and dingy dungeon where a murder took place so long it was big enough.

New research found most buyers would need a long list of flaws to be turned off buying a home, and were drawn to quirky features that stood out.

Another of the ways Australians are compromising to get their foot in the door of the real estate market is being lenient with how well-lit a property is. 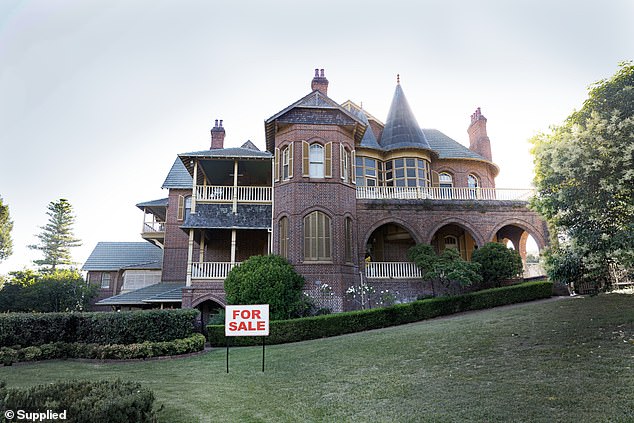 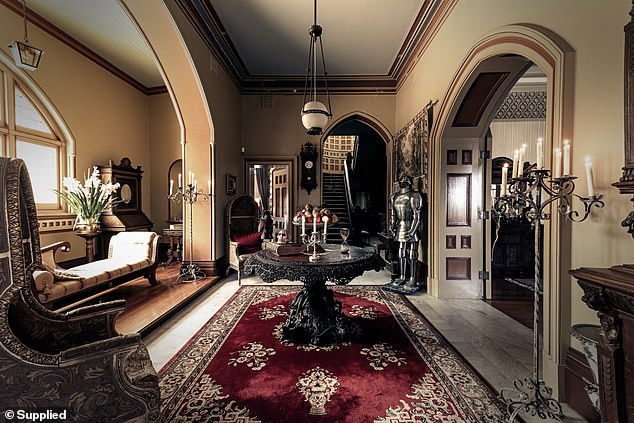 The poll by Pureprofile found 93 per cent don’t consider a lack of natural light a deal breaker when buying a home.

However, 30 per cent of those surveyed said they would prefer ‘massive’ windows in their future home.

Home buyers were also not willing to reduce living space with 62 per cent saying they want multiple bedrooms in their future home.

The other major needs are large rooms (63 per cent), multiple bedrooms and bathrooms (62 per cent), and privacy (52 per cent).

Should those needs be met, Australian buyers will put up with just about anything else wrong with the property.

A quarter of buyers also wanted a new home with a unique design and 10 per cent needed that design to include a touch of quirk.

In fact, 26 per cent of Australians said they were obsessed with the thought of buying a quirky property. 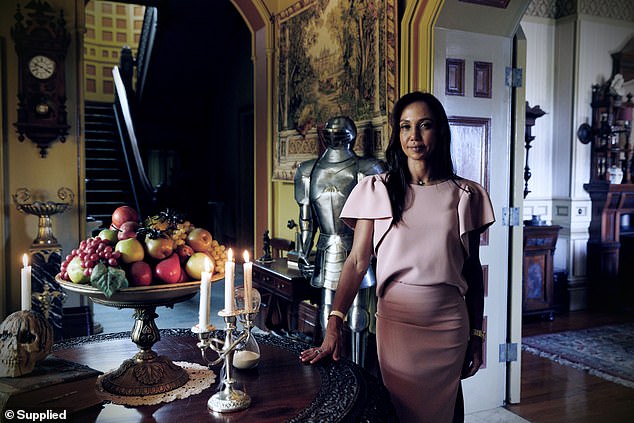 As part of the campaign, real estate agent D’Leanne Lewis, star of Prime Video’s Luxe Listings show, listed a mocked up advertisement for the hotel to ‘go on sale’. 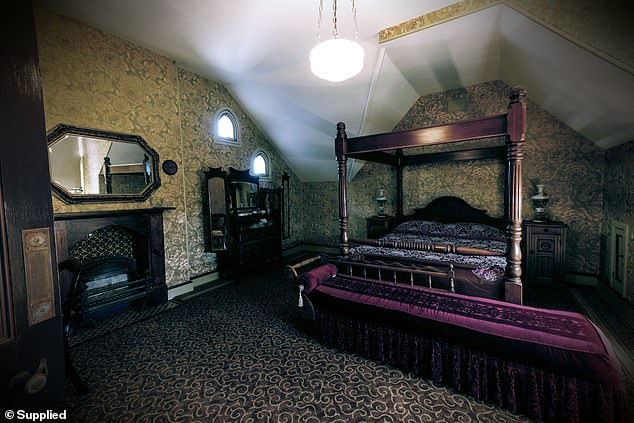 The survey also highlighted the anxieties Australians have about being able to afford a home, much less one they like, and explained their willingness to settle.

About 17 per cent of respondents said buying a home was their biggest goal of 2022 but 62 per cent said they were worried they would never find their dream home.

Some 65 per cent said the ‘right’ property was hard to find, with 18 per cent thinking the best homes for them only came on the market once in a decade.

They said the top three barriers to getting into the property market were the worry that it would take a lifetime to save for a deposit (37 per cent), location (34 per cent) and the commitment of a scary 30-year mortgage debt (23 per cent).

Due to such uncertainty, 93 per cent think it is important to be patient and wait to find their dream property before buying, and a quarter would even wait five years. 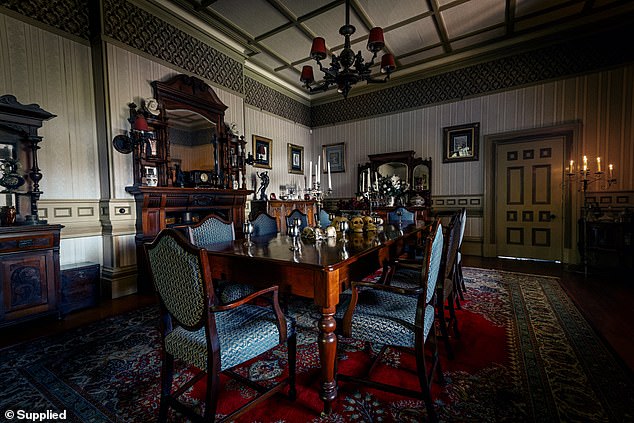 The bizarre ad listed the fictional castle’s features including 400-500 rooms, 300 bathrooms, a dungeon, and a ‘grand staircase leads to darkness’.

Many would likely have been turned off by the massive rise in property prices last year, due to so few being put on the market during the coronavirus pandemic.

However, they still dream of snapping up their dream home even if they know they can’t afford it, with 65 per cent going to auctions on houses they have no intention of buying.

Another 82 per cent admitted to scoping out houses for sale online to keep track of the market even if they weren’t going to buy them, and 49 per cent going to open houses just to look around.

Plus, some buyers are just nosey with 33 per cent looking online and going to open houses for purely voyeuristic reasons.

This rose to 56 per cent if the house was owned by someone rich or famous, and 44 per cent admitted they would inspect such a house to satisfy their curiosity.

Anyone planning to attend an auction shouldn’t be surprised to see children there as 26 per cent of those surveyed said they brought their kids with them. 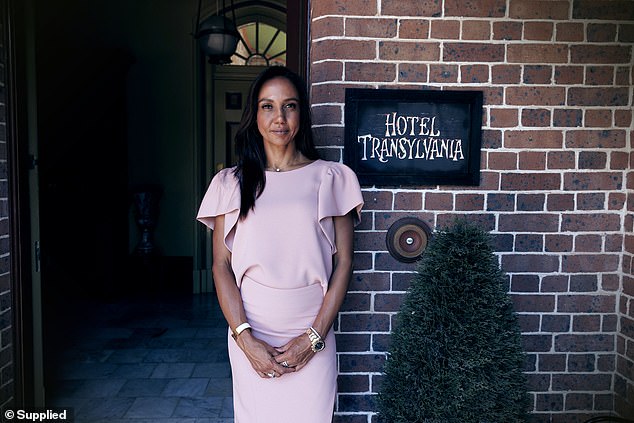 Ms Lewis led viewers around a historic Western Sydney mansion styled to look like Count Dracula’s haunt being put on sale ‘for the first time in 500 years’. 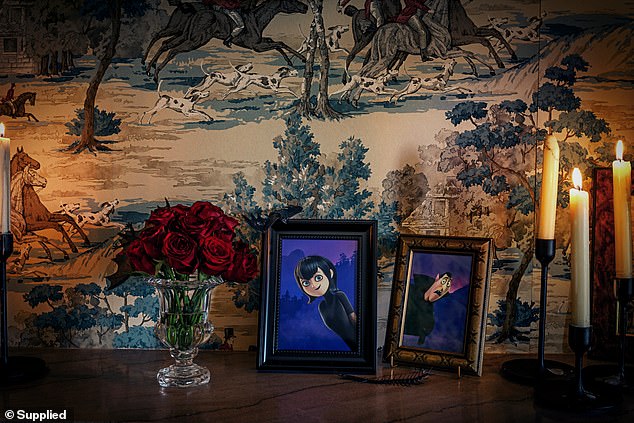 While there is no property actually for sale in conjunction with the promotion, the listing features a range of photos designed to look like the spooky hotel

The research was commissioned by Amazon Prime Video as part of a fake real estate campaign promoting the new movie Hotel Transylvania 4: Transformania.

As part of the campaign, real estate agent D’Leanne Lewis, star of Prime Video’s Luxe Listings show, listed a mocked up advertisement for the hotel to ‘go on sale’.

Ms Lewis led viewers around a historic Western Sydney mansion styled to look like Count Dracula’s haunt being put on sale ‘for the first time in 500 years’.

The bizarre ad listed the fictional castle’s features including 400-500 rooms, 300 bathrooms, a dungeon, and a ‘grand staircase leads to darkness’.

‘Superbly positioned above a haunting abyss, offering views of Transylvania’s mountainscape. This exceptional residence provides a wonderful sense of seclusion,’ the listing read.

Dracula putting his home up for sale is a major plot point in the film, which appears on the Prime Video streaming service on Friday.