Indonesia will soon offer a visa that will allow remote workers to live there tax-free as long as their earnings come from outside the country.

It would mean freelancers would be able to work from popular destinations like the island of Bali.

Mr Uno hopes the scheme will help bring 3.6 million overseas travellers to the archipelago in the next year, combined with an increased focus on spiritual retreats and eco-tourism.

The decision is also predicted to create up to create one million jobs for Indonesians without taking away any from local residents. 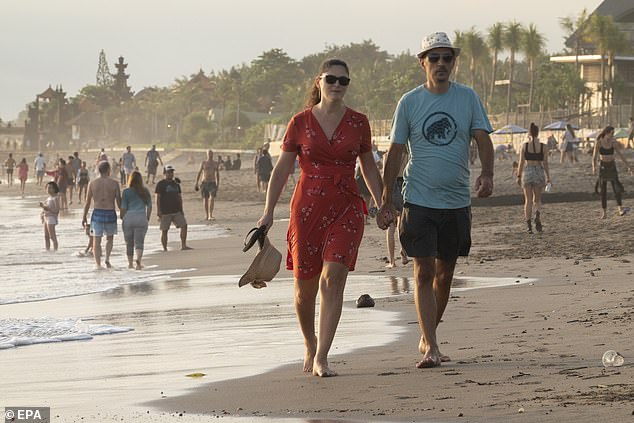 The scheme is part of a plan to bring millions of visitors to Indonesia and bring jobs for residents (pictured: tourists on a beach in Bali)

Mr Uno revealed that the decision was based on research that showed Indonesia was ‘top of mind’ for 95 percent of the remote workers that took part in the survey.

Similar plans for a digital nomad visa were in the works last year, however had to be put on pause due to the pandemic.

Mr Uno said: ‘Now with the pandemic handled and all the ministries getting involved and cooperating from the health side to the immigrations office, we believe that this is an opportune time to relaunch this idea.’

There are currently a variety of visas available to remote workers wanting to visit Indonesia, including the Visa on Arrival (VoA), Tourist or Cultural Visa and the country’s Free Visa, but these only last between 30 and 180 days.

There are other countries which offer similar visas, such as Georgia, Croatia and Portugal. 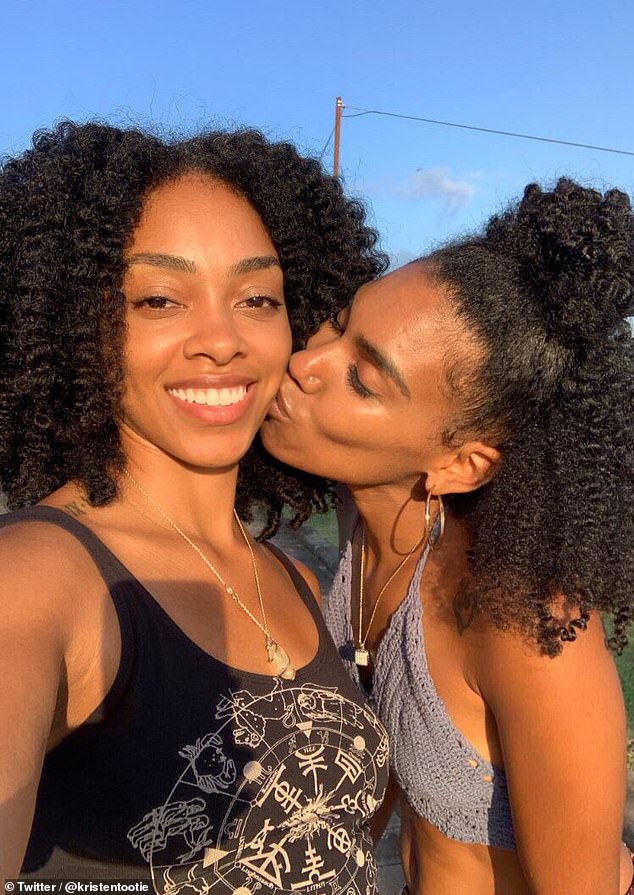 A black American lesbian couple who moved to Bali from Los Angeles to be ‘digital nomads’ were deported after calling the island ‘queer friendly’ and possibly violating immigration laws. Kristen Gray and her partner Saundra Alexander 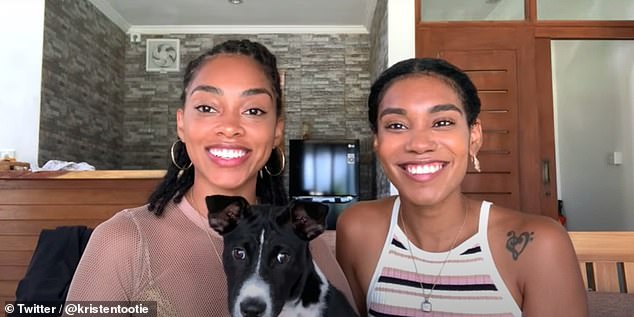 A black American lesbian couple moved to Bali from Los Angeles in 2020, Kristen Gray tweeted that she was enjoying ‘an elevated lifestyle at a much lower cost of living’.

She moved there with her girlfriend, Saundra Alexander, and was working as a graphic designer and travel influencer.

She praised the benefits of their move to Bali, she said the island was ‘queer friendly’ and home to a ‘black in Bali community’.

Though the couple were deported after Indonesian officials said they may have violated several immigration laws.

Officials also said their actions, including the promotion of an e-book that told people how to bypass strict regulations barring foreigners from visiting Bali, encouraged people to flout COVID-19 rules.

The country’s borders were closed to foreigners during the pandemic. 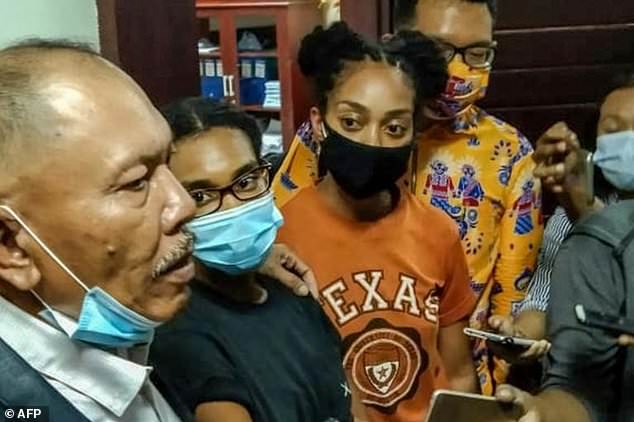 Kristen Gray and her partner, Saundra Alexander, with Indonesian officials

While same-sex relationships are not illegal in most of Indonesia, the country’s LGBT community has faced growing pressure in recent years and their rights are limited.

Gray said they did not break any laws and were sent back to the US because she ‘put out a statement about LGBT’.

In the now-deleted tweets that quickly went viral, Gray said the couple’s dream move was a ‘game changer’ and that they were working remotely as ‘digital nomads’ from the island.

‘Moving out of America in my 20s has been a game changer. I’ve been living in Bali, Indonesia for over a year with my girlfriend,’ she wrote.

Gray said they first planned to stay for just six months to ‘elevate our lifestyle’ after spending 2019 ‘broke.’

‘After getting rejected for jobs and living off savings trying to make my business pop, my girlfriend and I decided to book one-way flights to Bali, Indonesia,’ she wrote.

She compared their lifestyle back in LA to the lifestyle they were enjoying in Bali.

‘This island has been amazing because of our elevated lifestyle at a much lower cost of living.

‘I was paying $1300 for my LA studio. Now I have a treehouse for $400,’ she tweeted alongside a picture comparing the two homes.

Gray also spoke of their jobs as ‘digital nomads’ and how she worked for herself from the island.

‘Being a digital nomad is everything, I was able to successfully transition my graphic design business on road.

‘I work 100% for myself; in the beginning it was challenging but I’ve grown so much as an entrepreneur,’ she wrote.

‘In March, when the pandemic hit and our 6-month plan went out the window, we decided to stay in Bali to ‘wait it out’ and we’ve been here ever since.’

Gray then listed some ‘major benefits of moving to Bali’ that included: ‘Luxury Lifestyle’, ‘Low Cost of Living’, ‘Black in Bali Community’, ‘Safety’ and ‘Queer Friendly.’

Gray was on a visitor-stay permit, which was valid until January 24, meaning she didn’t overstay but she did not have a visa to work in the country.

Gray insisted they did not commit a crime and were being targeted for being gay.

Her six month ban from the country ended last year, and the couple would be able to return on the new digital nomad visa.

Kevin McCarthy says Capitol should have been better protected on Jan. 6

Ex-Met Police officer, 73, who raped and abused underage girls across the UK is jailed for 17 years