Barnaby Joyce has yet again failed to correctly pronounce Anthony Albanese’s name during a major speech on the campaign trail.

The deputy prime minister trashed Labor’s climate and resources policies in a fiery address to the National Press Club in Canberra on Wednesday.

But every one of the more than a dozen times he invoked the opposition leader’s name, he referred to him as ‘Alba-nays’, as if it rhymed with mayonnaise.

Mr Albanese has pronounced his last name several different ways throughout his career, but none of them were what Mr Joyce repeatedly uttered.

The Nationals leader has made a habit of mispronouncing Mr Albanese’s name, consistently butchering in all his speeches and interviews.

Mr Joyce also had to pause his speech to staunch an ill-timed nosebleed, shoving tissues against his face until he was able to continue. 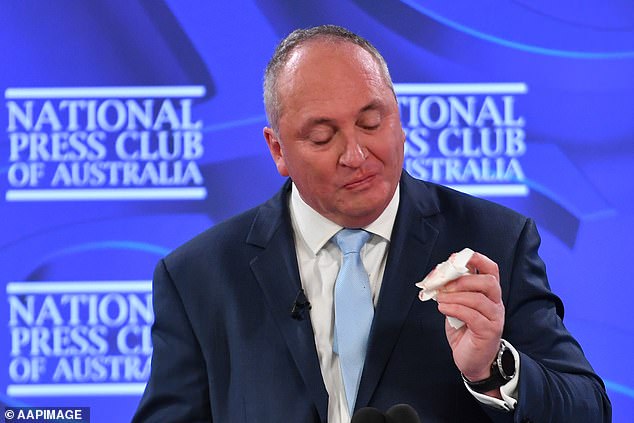 ‘I know you’re going to get 1,001 photos of me with a Kleenex in my nose, congratulations,’ he said after being handed a tissue by Nationals colleague, Keith Pitt.

One of the reporters present commented that politics is a ‘blood sport’.

Mr Jouyce’s speech strongly criticised China, addressed the threat to the Coalition from independents, promised help to the manufacturing sector, and denied the Nationals’ stance on climate change is damaging the Liberal vote in inner city seats.

He warned the threat posed by China in the South Pacific – such as it’s recent military cooperation deal with Solomon Islands – was the same as Japan’s island-hopping tactic in World War II.

‘China is now utilising the same tactical positioning and it is imperative in this campaign that the Australian people are fully aware of this. It is not alarmism,’ he said.

It is a reality, and we have to be awake to it.

‘It is quite obvious through their desire to have military bases, they are starting a process of encircling Australia and there is a wish, at the very least, to intimidate or to supplicate Australia.’ 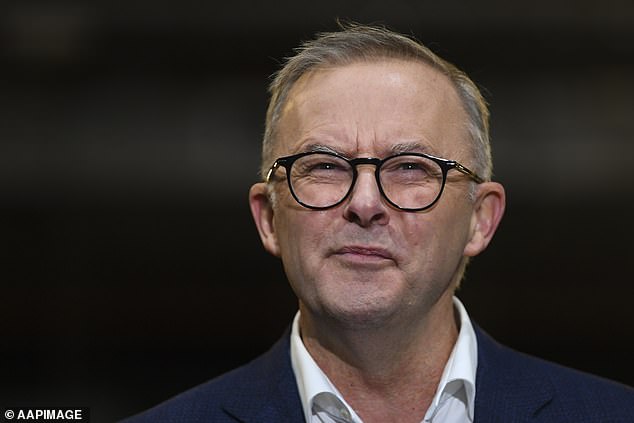 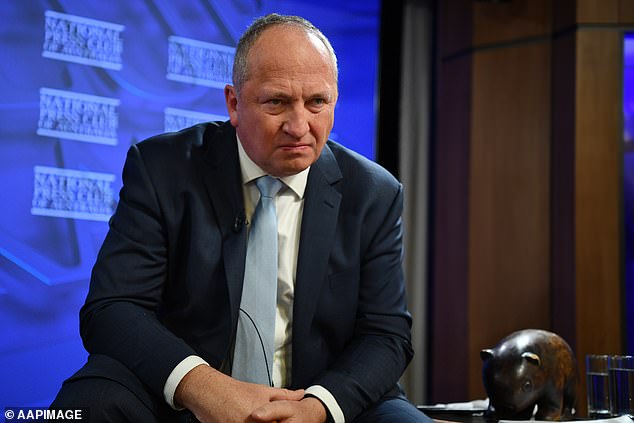 He said Australia’s merchant fleet would be expanded under a Coalition push to maintain regional sovereignty in the midst of Pacific instability.

‘Australia has a maritime vulnerability. We are surrounded by sea. If you can stop imports and exports into Australia, you can stop Australia,’ he said.

Mr Joyce said the Coalition, if reelected, would review income tax exemptions with shipowners to ensure they can compete with overseas competitors.

Other possible changes would include lowering thresholds for hiring foreign workers.

Mr Joyce also used his speech to slam the independents running in several seats against Liberal incumbents such as Treasurer Josh Frydenberg.

He accused them of having a sense of entitlement and said they were worse than Labor, ‘telling us they are unique and righteous, but are actually the precursor to chaos’. 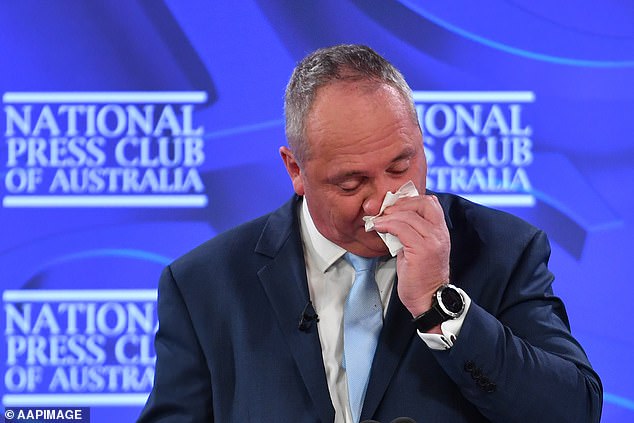 The Nationals leader accused independents of pursuing ‘what suits them at the expense of those who bind and stick to their party for the greater good.

‘In essence, it is one word – selfish, with possibly a sentiment of entitlement residing below this.’

Mr Joyce added that ‘It is also fundamentally dishonest because they never disclose which side they would support if the vote came down to them (in a hung parliament).’

He denied the Nationals’ stance on climate change and coal exports is damaging the Coalition vote in inner city seats needed to form government.

Mr Joyce said supporting coal mines while agreeing to setting net zero emissions by 2050 as a target is practical.

‘What (Labor) have talked about is “in transition” and in regional areas transition is read as unemployment,’ he said.

‘We have an honourable position and a logical position.’ 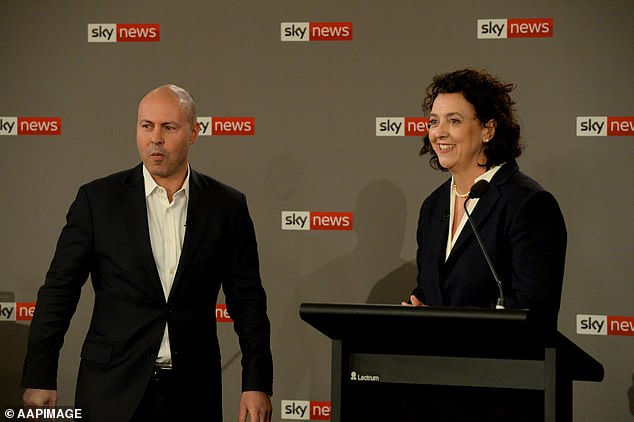 Barnaby Joyce slammed independents such as Monique Ryan (right), who is running against Treasurer Josh Frydenberg (left) in the seat of Kooyong for being ‘fundamentally dishonest’ by not saying which side they would support in the event of a hung parliament

‘We have a safeguard mechanism. It’s like the ceiling… to stop (emissions) going through the roof,’ he said.

‘(Labor) are going to bring the ceiling down to about head level for tall people and … 215 of them will bolt their heads on the fans and the lights and there will be a new tax placed on them.’

Such a position on coal to retain Nationals seats would not cause the Coalition to lose government, Mr Joyce said.

‘We’ve got to make sure our nation earns as much money as possible and you can’t do that if we shut down our coal industry,’ he said.

The Deputy PM also announced $132million in grants for the manufacturing sector to boost regional economies if the Liberal-National government retains power.