The head of Europe’s top meat processer has said steak will become a luxury product like champagne as he warned the only way to reduce CO2 emissions is to cut beef production.

Jais Valeur, the CEO of Danish Crown in Denmark, said beef farmers will be forced to drastically reduce the number of cows they farm in order to meet global climate targets even as demand is forecast to increase.

Mr Valeur spoke out after Denmark set binding targets for the agriculture sector to slash its emissions in half by 2030 to ward off global warming – a measure that could soon be copied the world over as all countries race to meet commitments made under the Paris Climate Agreement.

He predicted that pork and other meats can be made more environmentally sustainable without drastically cutting supplies – but that production of beef, by far the most-polluting meat to produce, will have to come down in order to hit the targets.

At the same time, demand for beef is set to increase – meaning prices will inevitably rise and steaks will become a ‘luxury item’ that people will be able to afford only on special occasions or while they are celebrating.

Speaking to Danish newspaper Berlingske, Mr Valeur said ‘Beef is not going to be super climate friendly. It will be like champagne, namely a luxury product.’

Currently, meat production accounts for some 15 per cent of yearly greenhouse gas emissions, with beef alone accounting for 40 per cent of that total.

Beef production has risen by 149% in the last 60 years, with the top-producing regions being the United States, Brazil, the EU, China and India. All have signed up to the Paris Agreement to cut emissions by 55% by 2030 and reach net-zero by 2050.

Without any action, scientists say meat production alone will consume half of the ’emission budget’ that world leaders have limited themselves to using to keep temperature rises below 1.5C. 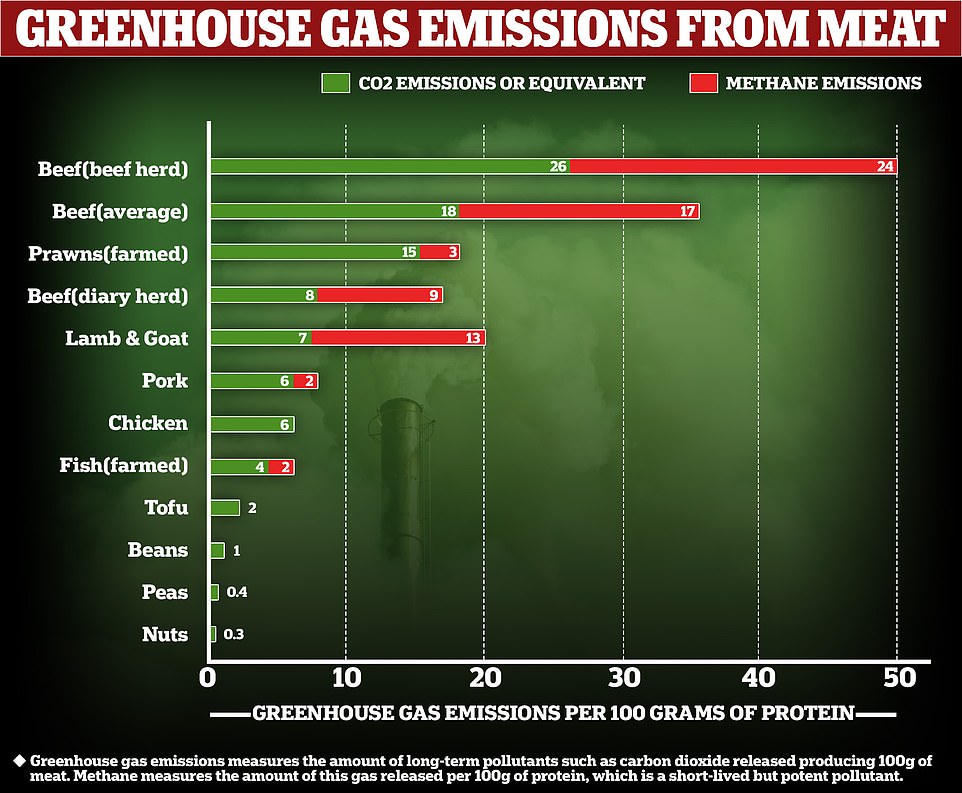 Mr Valeur predicted that pork and other meats can be made more environmentally sustainable without drastically cutting supplies – but that production of beef, by far the most-polluting meat to produce, will have to come down in order to hit the targets

In a letter to the Lancet Planetary Health journal, researchers have also warned that livestock production must reach its peak within the next decade in order to tackle the climate crisis.

The scientists called on countries to ‘declare a timeframe for peak livestock,’ after which production would not increase.

They also warned that land must be repurposed and natural vegetation like forests restored in order to remove Co2 from the atmosphere. But livestock currently occupy much of that land which needs to be restored.

‘Countries should be looking for peak livestock within the next 10 years,’ said Helen Harwatt, a fellow at Harvard Law School in the US and lead author of the letter. ‘This is because we need steep and rapid reductions in greenhouse gas emissions, as we are reaching dangerous temperature tipping points.’

Mr Valeur explained that some emissions cuts can come from making the transport of meat more environmentally friendly, improvements on farms, and using more parts of the animals that are slaughtered.

But to hit the most-ambitious targets, production – especially of very polluting meats like beef – will have to be reduced, causing prices to rise.

While exact price rises are difficult to predict as demand changes over time, the hardest-hit countries are likely to be Argentina, US, Brazil and Australis which currently consume the most meat.

He said: ‘We will still have a production, but it will be a production of beef and veal that comes from dairy cattle, calves and beef cattle that graze in the meadow and create biodiversity.

‘The beef cattle will be a luxury product that we eat when we need to pamper ourselves.’

Mr Valeur said there will also be a move towards more ‘climate-friendly’ meat like pork and the production of beef that comes from dairy cattle which are killed once they stop producing milk. 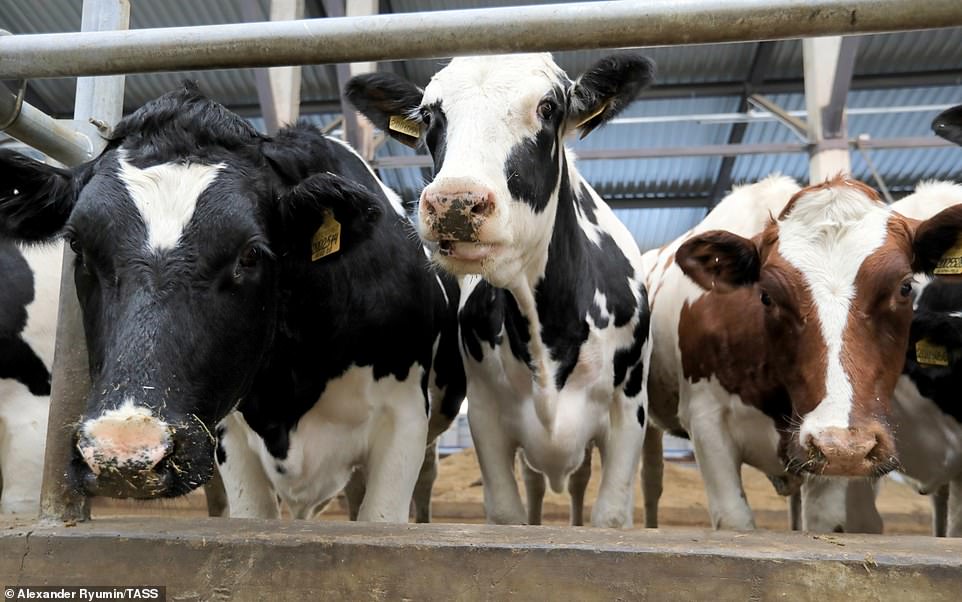 Currently, meat production accounts for some 15 per cent of yearly greenhouse gas emissions, with beef alone accounting for 40 per cent of that total 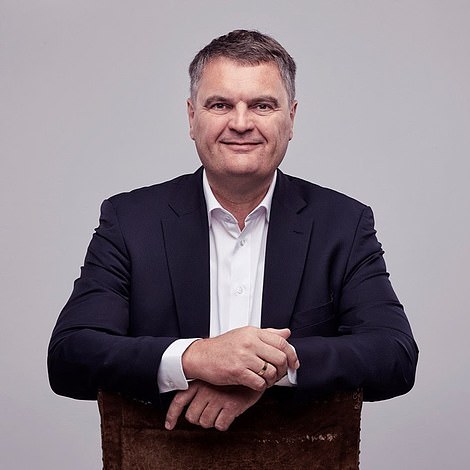 He explained: ‘I think the pig will be a good bet for a climate-friendly protein, which also happens to taste good. The different calculations that are of the climate footprint from pork show that they are approaching chicken in climate footprint.’

The global demand for meat is growing due to a range of factors including people getting richer, urbanisation and population growth.

In addition, experts believe global meat consumption will continue to increase by 12%.

With global meat consumption and demand set to increase over the coming years, if beef farmers are forced to cut production in order to meet climate demands, prices could soar.

And Mr Valeur said that in order for his company to meet their climate targets, they must work with the farmers who provide them with meat.

He said: ‘We can see that almost 90 percent of Danish Crown’s emissions occur at the farmers’ and in the logistics and transport links. So there is a lot of work to be done in the countryside and on the farms of our owners.’

Michael Minter, a program manager at the green think tank CONCITO, agreed with Mr Valeur that beef will be a luxury product in the future.

He said: ‘I agree that beef will very much be a luxury product. Beef and dairy products are some of the most climate-damaging foods. But the alternatives are on the way. I think developing cell- or plant-based alternatives can go pretty fast. It will challenge cattle breeders and slaughterhouses.’