Bernard Tomic has been proven right after he claimed that he would test positive for Covid-19 after being dumped out of the Australian Open in a qualifying match.

Tomic was trounced 6-1 6-4 by Russian Roman Safiullin – ranked No.146 in the world – on Tuesday, but his Covid claim has turned out not to be an excuse, it was true.

Tomic, 29, felt certain he would test positive to Covid within two days after his typically bizarre and uncompetitive start to what was meant to be his comeback tournament.

Sporting a peroxide blond hairstyle, the new-look Tomic dished up his usual antics on Melbourne’s Kia Arena on Tuesday in his match against Safiullin.

But he lost in just 57 minutes.

Scroll down for video. 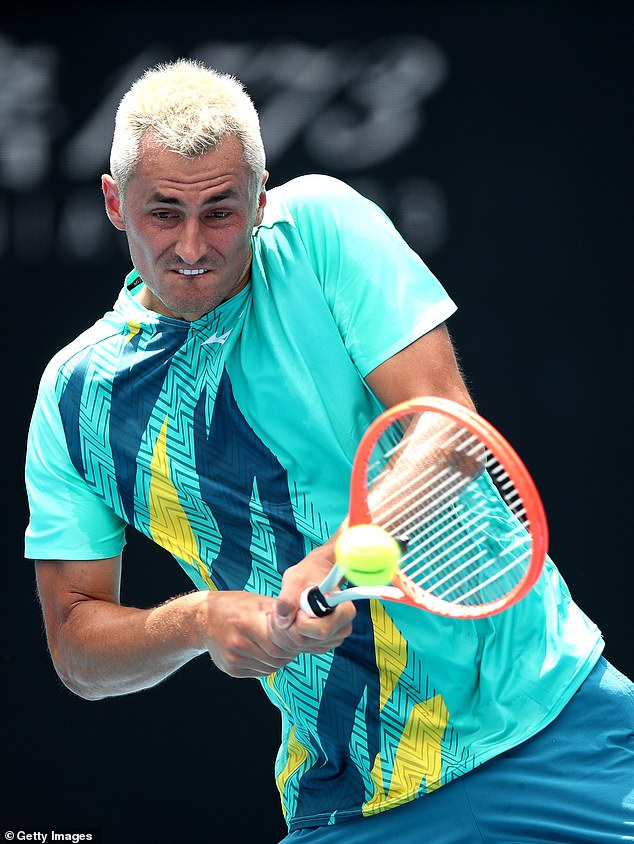 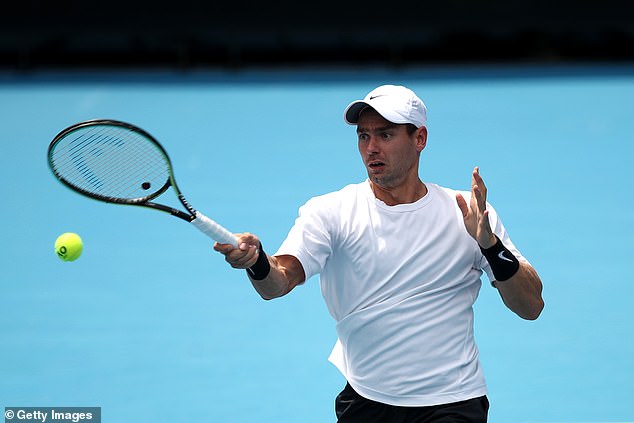 Trailing 1-2 in the second set, Tomic told chair umpire Aline Da Rocha Nocinto at the change-over he thought he had the virus.

‘I’m sure in the next two days I will test positive, I’m telling you,’ the 29-year-old said from his chair.

‘I’ll buy you dinner if I don’t test positive in three days, otherwise you buy me dinner.’

Tomic told her he couldn’t believe there was no official PCR testing for players, with only a rapid test required. 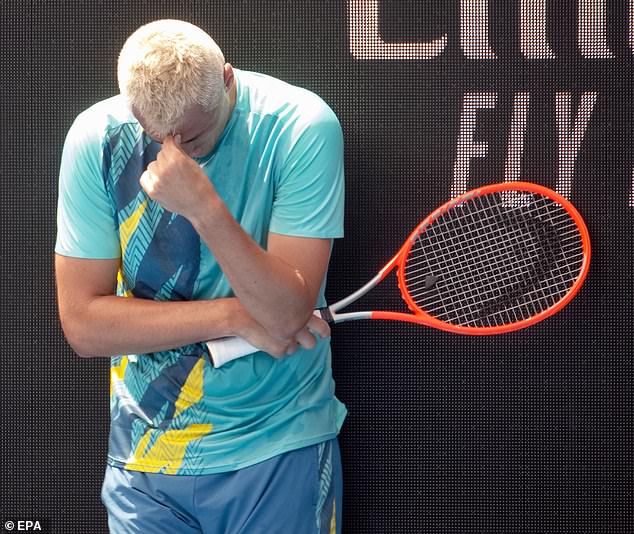 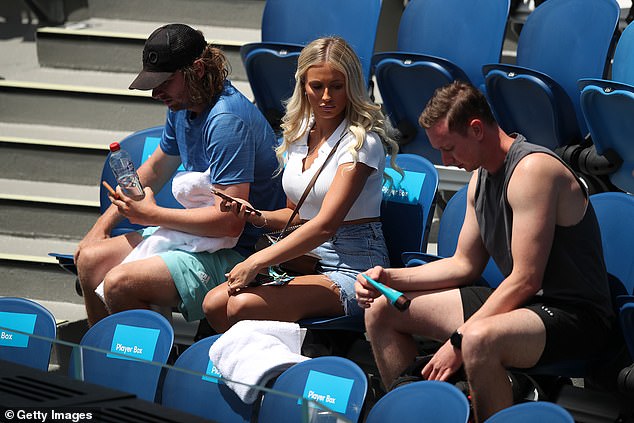 ‘They’re allowing players to come on court with rapid tests in their room, c’mon … no official PCR testing,’ he said.

A lethargic Tomic was seen by the trainer at the first changeover in the opening set and was seen taking his pulse while out on court.

The 29-year-old was broken in fourth game and quickly capitulated, losing the first set in just 23 minutes. 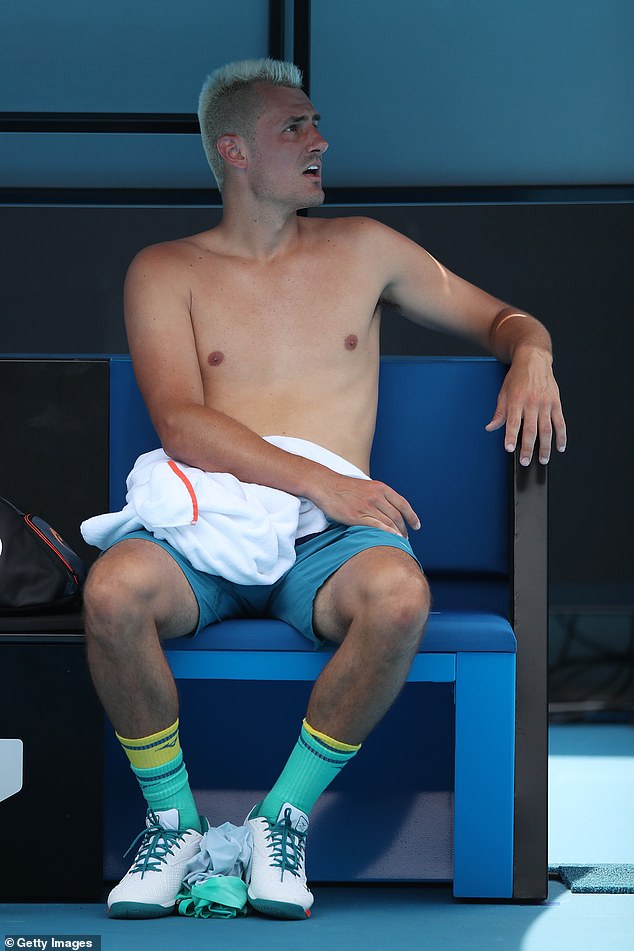 Tomic also complained to the umpire that there was no official PCR testing for players, with only a rapid test required 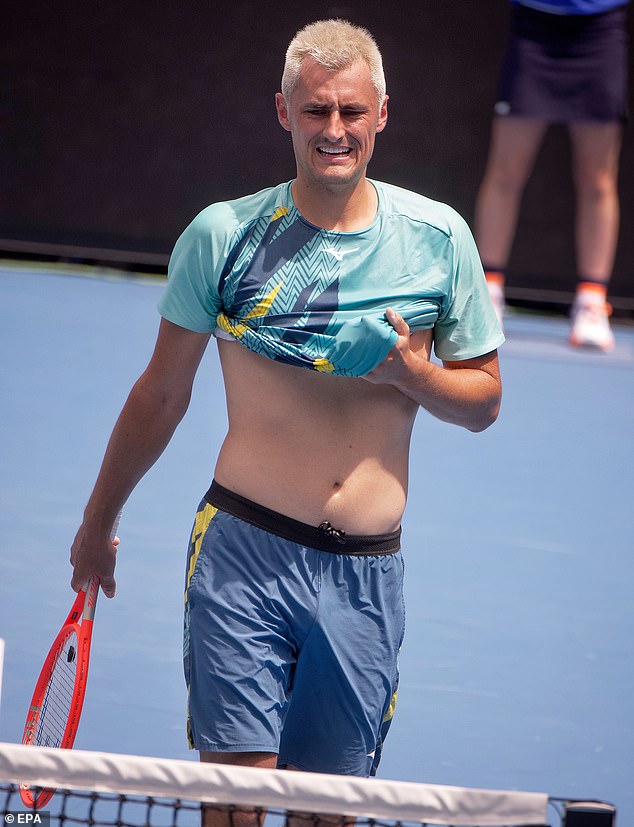 The former world No.17, now ranked 257, hadn’t played in an ATP tournament since September, when he retired in the first round of a qualifier event in Kazakhstan.

That loss was his fifth in a row but he arrived in Melbourne vowing to again climb the rankings.

Safiullin, 24, was an unlikely star in Russia’s run to the ATP Cup semi-finals last week.

Another Australian, Nick Kyrgios, had to withdraw from the Sydney Tennis Classic after he contracted Covid-19.