Sen. Bernie Sanders demanded the end to the nation’s ‘dysfunctional healthcare system on Thursday, as he revived his Medicare for All plan during a Senate hearing.

He used an op-ed piece to lay out his case for the economic and social benefits of universal healthcare.

‘Now is the time for Congress to stand with the American people and take on the powerful special interests that dominate health care in the United States.

‘Now is the time to improve and extend Medicare to everyone,’ the democratic socialist senator wrote in a piece for Fox News.

‘Here is the bottom line: If every major country on earth can guarantee health care to all and achieve better health outcomes, while spending substantially less per capita than we do, there is no reason, other than greed, that the United States of America cannot do the same.’

Sanders’ argument is familiar and one that he has been making for years: The U.S. must catch up with every other wealthy nation in introducing a universal system for healthcare. 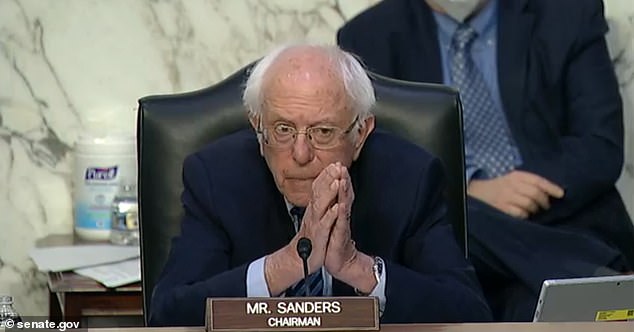 Sen. Bernie Sanders revived his Medicare for All plan with a Senate hearing and an op-ed piece for Fox News in which he condemned the U.S. healthcare system as ‘dysfunctional’ 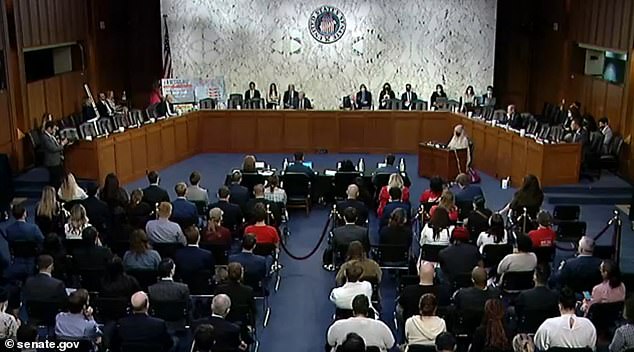 The Senate Budget Committee met on Thursday for a hearing entitled ‘Medicare for All: Protecting Health, Saving Lives, Saving Money’ 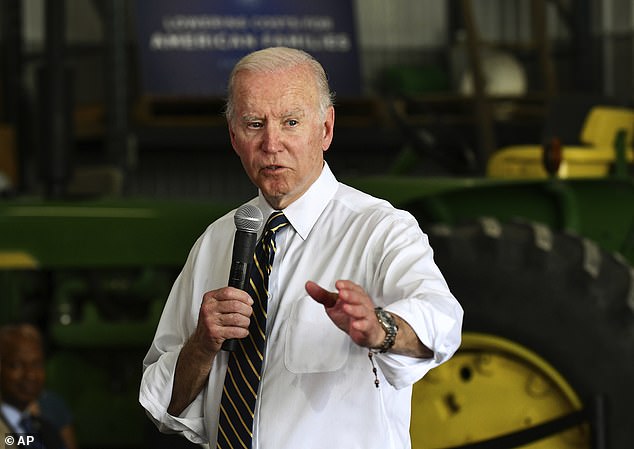 The debate comes after President Joe Biden saw his massive plans for domestic spending upended by hold-out Democrats in the Senate, which failed to pass his Build Back Better bill

But he faces deep opposition. Democrats are in danger of losing control of the Senate and the House in midterms later this year, when voters are expected to give their verdict on spiralling prices under President Joe Biden.

Even before then, Democrats have failed to steer their grandest spending plans through a Senate where two of their centrist colleagues – Joe Manchin and Kyrsten Sinema – managed to kill off the multi-trillion dollar Build Back Better bill.

Sanders used a Senate budget committee hearing on Thursday to examine the pros and cons of his plan.

But ahead of the hearing, Sanders said the COVID pandemic and its death toll of more than one people illustrated the inequalities at the heart of U.S. healthcare.

‘The United States has the most dysfunctional, inefficient, bureaucratic and expensive health care system in the world,’ he writes.

‘That’s not just what I believe. That’s what the American people know to be true.

‘According to a March 2022 survey by Gallup and West Health, an estimated 93 percent of American adults feel what they pay for health care is not worth the cost.

‘That poll also showed that 64 percent of Americans are dissatisfied with the availability of affordable health care.’

And despite spending more than $12,000 per person for healthcare, some 30 million Americans have no insurance and 112 million struggle to pay for the care they need.

Instead, he writes that his plan would cover everyone.

‘The Medicare for All Act of 2022 which I have just introduced with 15 co-sponsors would provide comprehensive health care coverage to every man, woman and child in our country – without out-of-pocket expenses and with full freedom of choice regarding health care providers,’ he said.

‘No more insurance premiums, deductibles or co-payments. And comprehensive means the coverage of dental care, vision, hearing aids, prescription drugs and home and community based care.’

But Republicans laid out their opposition.

Sen. Lindsey Graham, the senior Republican on the committee, said it would send taxes higher and deprive people of the choice offered by their private health insurance. ‘

And it’s hard enough to create a job in America now,’ he said.

‘You talk about exploding the size and cost of government. This would just absolutely crush the private sector.’

Father-of-one dies from cardiac arrest after diving into river to save dog, inquest hears

How Katie Couric humiliated Ashleigh Banfield at the 2000 Sydney Olympics