President Joe Biden gets back on the road Wednesday after spending part of the week tearing into ‘ultra MAGA’ Republicans – this time heading to a farm in Illinois before heading to Chicago where he will address a large union crowd.

On Wednesday, Biden plans to go after Russian President Vladimir Putin as a root cause of an inflationary spike, with Americans increasingly frustrated by rising prices for food and gas.

Biden is back outside Washington after a trip last week to visit a Javelin factory in Alabama, another trip linked to the war in Ukraine.

He plans to tout efforts to ensure adequate food supplies, amid inflation that Democrats view as a top liability this year. Biden says it is his ‘top’ priority. He raised the issue of grain trapped inside Ukraine due to the war on Tuesday. 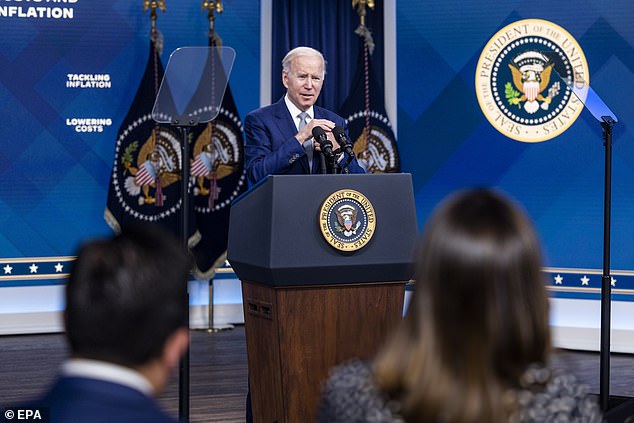 Ukraine is a top global bread basket, with countries in Africa and around the world counting on its products. But Putin is trying to seize a ‘land bridge’ that would cut off the Ukrainian port of Odessa.

Biden heads to the heartland as a new report showed inflation slowed slightly last month from a 40-year high – but still hit 8.3 per cent.

His first stop is at a farm in Kankakee. According to the White House, he will visit a family farm ‘to discuss the impact of Putin’s invasion of Ukraine on food supply and prices at home and abroad,’ as well as efforts to get farmers resources ‘to boost domestic food production.

Biden’s remarks are also billed as being about ‘Putin’s price hike’ – as the White House points to Russia’s invasion to explain hikes in food and energy costs, although inflation was already rising before Putin ordered the invasion.

Biden is also holding a major fundraiser for the Democratic National Committee – as he uses the leverage of his office to try to avoid a GOP congressional takeover. 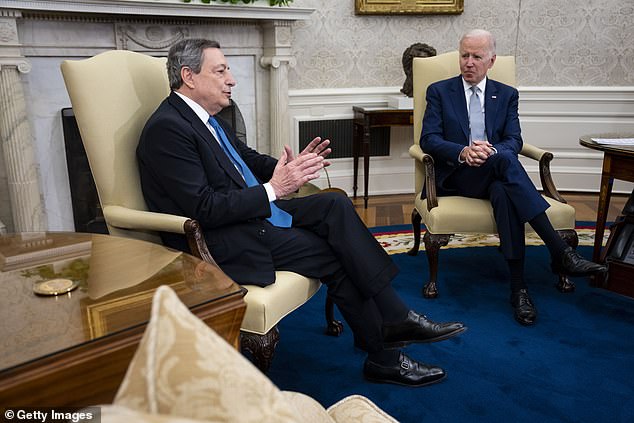 Italian Prime Minister Mario Draghi meets with U.S. President Joe Biden in the Oval Office of the White House campus May 10, 2022 in Washington, DC. The two leaders are expected to discuss the Russian invasion of Ukraine 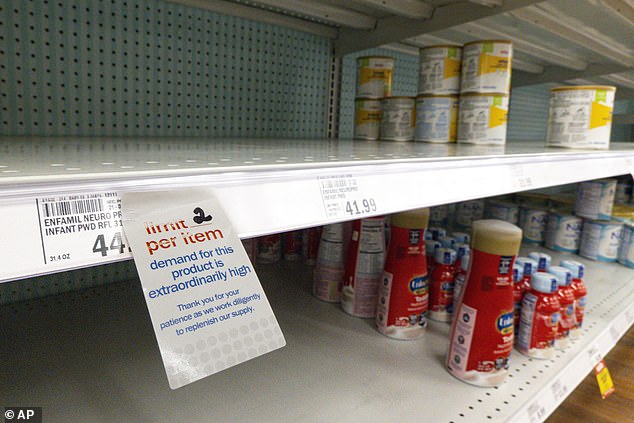 Later, Biden speaks at the International Brotherhood of Electrical Workers.