President Biden is reportedly planning executive actions on police reform for later this month, in an effort revive his agenda that bypasses the logjams of Congress.

The orders come as Biden’s frustrations grow deeper and his landmark Build Back Better plan and voting rights legislation remain in limbo, sinking his poll numbers to 33%, according to a recent Quinnipiac survey.

Congress has not been able to pass police reform since both Republicans and Democrats put forth plans in the wake of the police brutality protests that swept the nation in the wake of George Floyd’s death in the summer of 2020.

The police reform action appears to be part of a last-ditch effort to boost the president’s record of achievements ahead of his March 1 State of the Union address.

And as Biden considers action on police reform, Democrats in Congress are considering new ways to push through voting rights bills and the Build Back Better package, either by paring it back to separating it into multiple bills, sources told NBC News.

The executive actions are still being finalized, and it is not yet clear how they would differ from the Department of Justice’s actions last year that restricted choke holds and ‘no-knock’ warrants.

Sources told NBC News Biden could roll out the new reform to mark the start of Black History month, February, in an effort to drum up waning support among Black voters, a key demographic for Democrats as they head into the midterm elections. 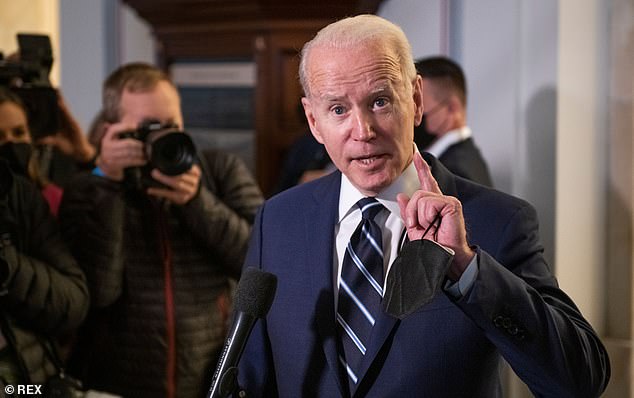 President Biden is planning executive actions on police reform for later this month, in an effort revive his agenda that bypasses the logjams of Congress 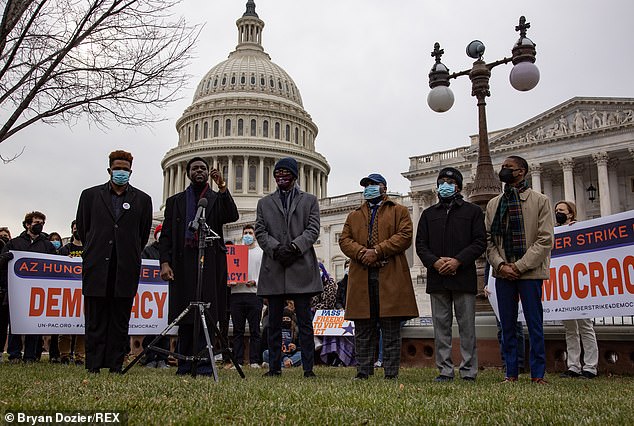 The new Quinnipiac poll showed that 57% of Black Americans approve of Biden’s job in office, still the highest of any demographic but down from 78% in April 2021.

The White House held back on executive action last year as the House and Senate hashed out their own legislation on police reform. But in September, New Jersey Democrat Sen. Cory Booker and South Carolina Republican Sen. Tim Scott announced that police reform talks were over as they saw no path forward to bridge their differences.

The lawmakers hit a snag over the doctrine of qualified immunity, which shields officers from civil lawsuits. In a statement Booker said that Democrats ‘could not let go of their push to defund our law enforcement.’

But on Thursday White House press secretary Jen Psaki hinted at the president’s willingness to move forward on his own.

‘I think there’s a recognition and a commitment by the president to deliver on what he promised,’ she said. 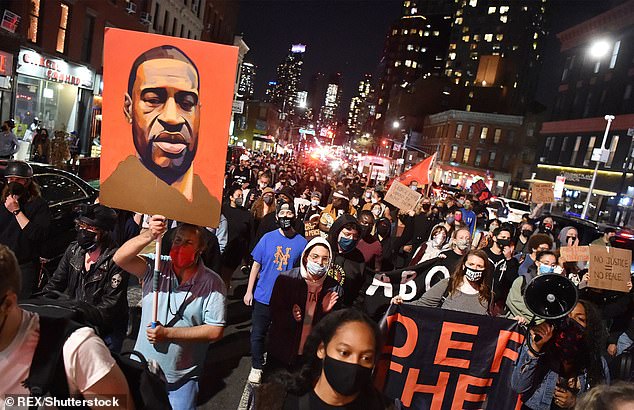 At the same time, some Democrats are considering new ways to get through police reform in the Senate. Rep. Jim Clyburn, S.C., the No. 3 Democrat in the House, told NBC News that he and other lawmakers were considering attaching the George Floyd Justice in Policing Act to ‘must-pass’ bills like those that fund the government.

Clyburn, whose endorsement of the president was key in his cinching the nomination, is among those urging the president not to forget the Black voters who sent him to the White House.

Clyburn told NBC he pushed Biden in particular to get tough on voting rights, even if it meant laying down the hammer with fellow Democrats.

And in a fiery speech in Atlanta on Tuesday, Biden said that he is ‘tired of being quiet’ and it is time to take action on voting rights.

‘I have been having these quiet conversations with members of Congress for the last two months,’ Biden said of his work on voting rights. And then he slammed the podium as the crowd cheered, declaring: ‘I’m tired of being quiet!’

And he attacked the Senate, an institution he served in for 36 years.

‘Sadly, the United States Senate designed to be the world’s greatest deliberative body, has been rendered a shell of its former self,’ he said.

He called on the Senate to change its rules to bypass the 60-vote threshold needed to advance two voting bills. Republicans are in opposition to such a move and two Democratic senators, Joe Manchin, W. Va., and Kyrsten Sinema, Ariz.,are also leery of doing so.

‘I believe the threat to democracy is so great that we must find a way to pass these voting rights bills. Debate them, vote, let the majority prevail. And at that very minute it was blocked, we had no option but to change the Senate rules, including getting rid of the filibuster for this,’ Biden said.

Talks on Build Back Better have fallen by the wayside after Democrats could not get Manchin on board with many of their key provisions, and Congress has since pivoted to passing legislation on voting rights. The House passed a massive package overhauling voting procedure at the federal level on Thursday and sent it to the Senate, where it too will remain without a path forward as both Manchin and Sinema  have reiterated their opposition to reforming filibuster rules.