President Biden threatened to hold up $170 million in coronavirus relief funds for Arizona in a showdown with the state over masks in schools.

The Copper State announced earlier it would use the cash in a way that discouraged mask wearing in schools. Arizona was awarded $4.2 billion of the $350 billion program for states under the American Rescue Plan which allocated money to cities, states and counties and allowed them to spend the cash mostly as they saw fit, with few restrictions.

In a letter from the Treasury Department, Arizona’s GOP Gov. Doug Ducey was told his state has 60 days to redirect the funding towards its intended purpose, mitigating the spread of coronavirus. If Arizona does not cease or change its programs, the Treasury could begin the process of recouping the money.

Some governments used the money to stem the spread of Covid-19, some used it boost their economies or address budget issues. Others used the money for political priorities.

In Arizona, local legislators dangled the cash to districts that followed its ban on mask mandates in schools. Some districts had ignored the state policy before the state supreme court invalidated it in November. 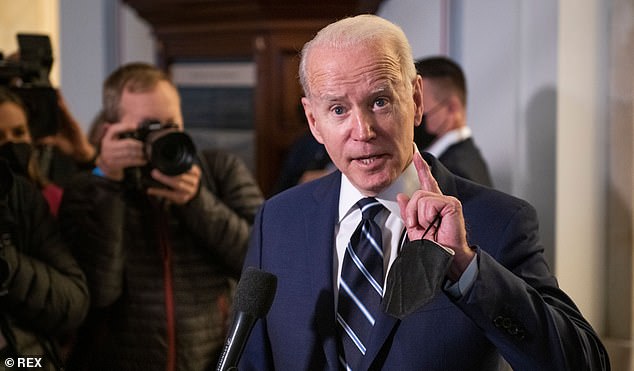 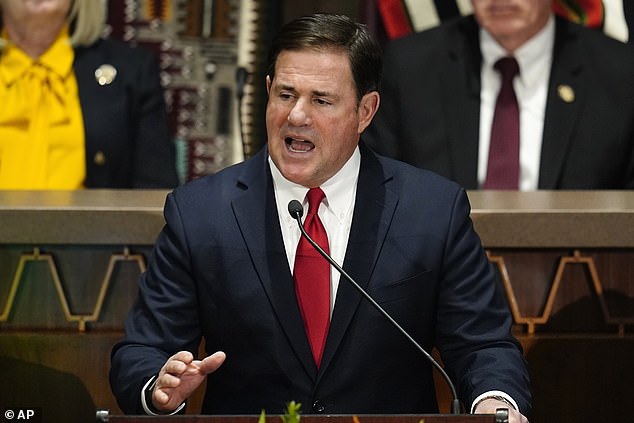 In a letter from the Treasury Department, Arizona’s GOP Gov. Doug Ducey was told his state has 60 days to redirect the funding towards its intended purpose, mitigating the spread of coronavirus

Ducey said that the letter showed that Biden was ‘completely out of touch’ with Americans.

‘First, a failed attempt to mandate vaccines. Then, a complete disregard for the public safety and humanitarian crisis at the southern border. Now, attempting to rewrite rules around public dollars that will result in LESS funding to schools and kids — particularly in low-income communities,’ Ducey wrote on Twitter.

‘When it comes to education, President Biden wants to continue focusing on masks. In Arizona, we’re going to focus on math and getting kids caught up after a year of learning loss. We will respond to this letter, and we will continue to focus on things that matter to Arizonans. President Biden should do the same, and he can start by addressing the crisis at the border.’

Arizona was awarded $4.2 billion of the relief package, and under one $163 million program allotted the money to cash-strapped schools only if they followed all state rules, including those that ban mask requirements. Schools receiving funding also had to be committed to offering in-person instruction.

A separate $10 million program offers families vouchers up to $7,000 to help lower-income families leave school districts that require masks or have other Covid ‘restraints.’

The Treasury also threatened to delay distribution of the rest of the coronavirus relief aid slotted for Arizona. The state so far has received about half of the $4.2 billion that it was awarded through the $1.9 trillion relief package.

The Biden administration first warned Arizona it could lose out on millions in Covid funds if it did not change the policies in October.

Ducey quickly hit back at the Biden administration at the time, defending the two programs for protecting parental choice.

‘Here in Arizona, we trust families to make decisions that are best for their children. It’s clear that President Biden doesn’t feel the same,’ he said.

‘He’s focused on taking power away from American families by issuing restrictive and dictatorial mandates for his own political gain. 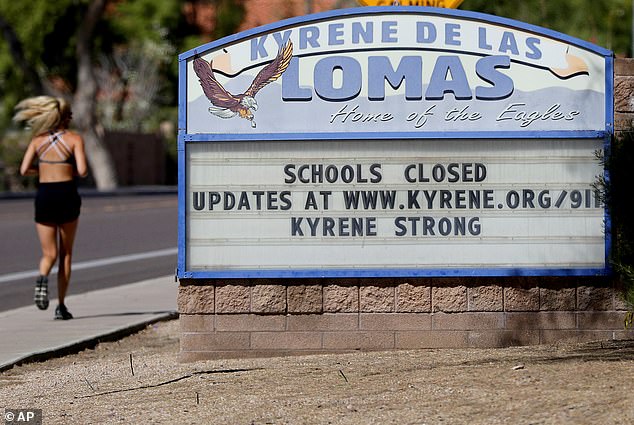 One $10 million program offers families vouchers up to $7,000 to help lower-income families leave school districts that require masks or have other Covid ‘restraints’

‘After the many challenges of last year, it should be our top priority to get our kids caught up.

‘That’s exactly what this program does — it gives families in need the opportunity to access critical educational resources. Why is the president against that?’

Arizona is one of at least eight states with laws or executive orders prohibiting mask mandates in public schools.

In August the Biden administration signaled its frustration, and the Education Department opened civil rights investigations into five states, saying that such measures risked discriminating against the students with disabilities.

It said it was monitoring other states – including Arizona – in case their actions merited investigation.

Chemist Warehouse CEO’s lavish Melbourne mansion advertised for $12,500 a week with a $75,000 bond

FIRST BLOOD: Dan Andrews’ minister falls on his sword after just ONE day of IBAC hearings