BREAKING NEWS: Police release bodycam and dashcam footage showing the moment 6’9″ Alabama fugitive Casey White is taken into custody and his prison guard lover is found lifeless with a gun in her hand after shooting herself in the head

New dashboard camera footage from Indiana shows the dramatic moment that Alabama fugitive Casey White was taken into custody on Monday, after 11 days on the run.

White, 38, and his accomplice, corrections officer Vicky White, 56, crashed their car after leading police on a high-speed car chase.

She died in hospital on Monday night from a self-inflicted gunshot wound.

He was arrested in Evansville, Indiana. 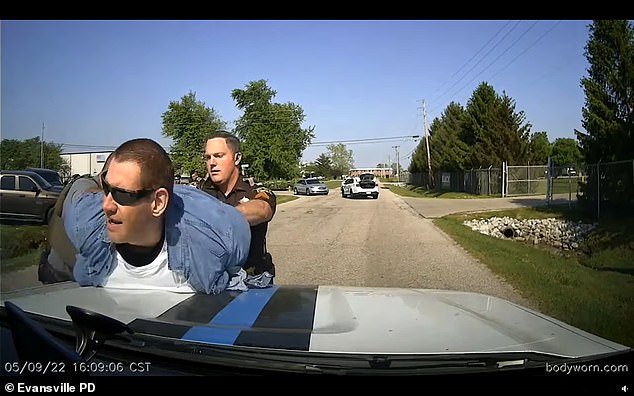 Casey White, 38, is seen in dashboard camera footage released by police in Indiana being taken into custody on Monday 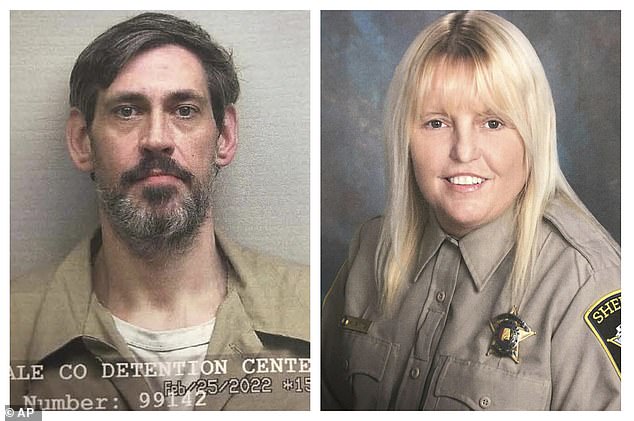 Casey White was serving a 75-year sentence for multiple crimes when he confessed to a 2015 murder. Vicky White, who said she was taking him for a mental health evaluation, ran away with him on April 29