Bosses have been announcing pay rises for workers as the cost-of-living crisis hits people across the country.

Among those helping employees with soaring bills are Steve Smith who has given his workforce at Teesside Rigging & Lifting a 12 per cent pay rise and Home From Home which has given all 500 of its staff a 10.5 per cent one, while housebuilder Taylor Wimpey and PR Agency Stone Junction will both be paying staff up to £1,000.

Boss Steve Smith, from Middlesbrough, told Teesside Live he has given his staff at Teesside Rigging & Lifting a 12 per cent pay rise, which is above inflation, because ‘it’s the right thing to do’, with supporters praising the move as ‘fantastic’ and hoping all companies will do similarly.

Mr Smith, who founded his Stockton-based firm in 2008, said, ‘[I’m] not responsible for other companies and how they treat their people,’ but he added he hoped his decision gave others ‘food for thought’. 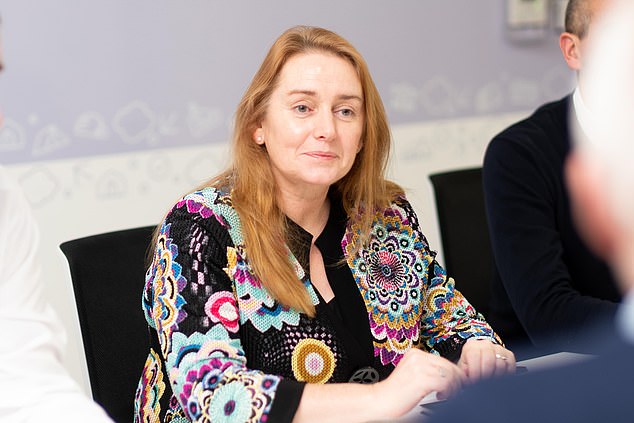 Jennie Daly is CEO of housebuilder Taylor Wimpey, which is paying its staff up to £1,000 to help with soaring bills amid the cost-of-living crisis 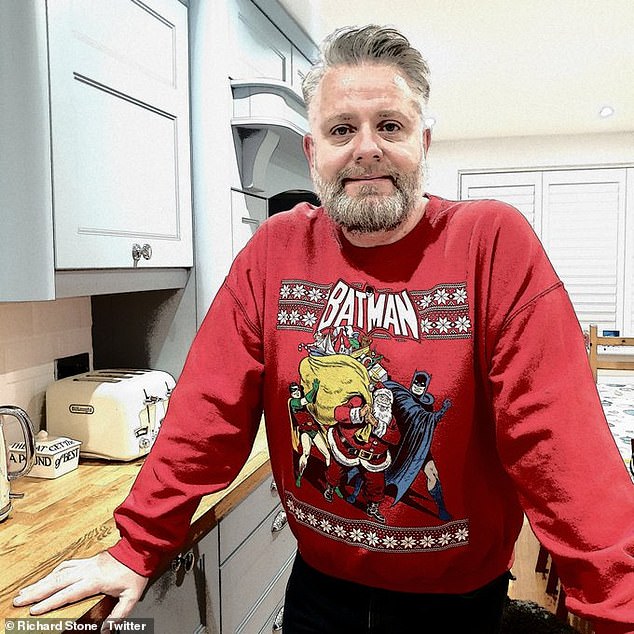 Richard Stone is managing director of PR Agency Stone Junction, based in Stafford, which is giving all its staff a £1,000 pay rise 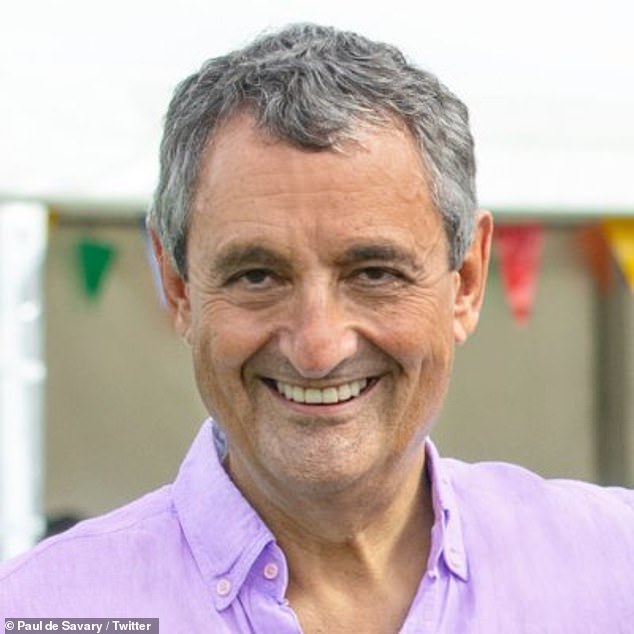 Managing director Paul de Savary of care home provider Home From Home Care, which has given all 500 of its staff a 10.5 per cent pay rise

He said: ‘We are living in unprecedented times with costs for everything going through the roof adding to pressure, stress, mental health and everything else for lads and lasses working and trying to make ends meet. Add into that working away and all that additional pressure that brings into play.

‘So this is the way we will go forward. I can’t ask my lads and lasses for 100 per cent and just give back 50 per cent. I’m trying to build a business here and I can’t do it without good people. So we’re either in it together or we not.

‘[I] hope this may give other companies food for thought because it is possible.’

Mr Smith sent a letter to staff, explaining that all site-based project employees ‘across the board’ would receive the pay rise, which is in addition to the current NAECI [National Agreement for the Engineering Construction Industry] rates.

He wrote: ‘We have reviewed the current cost of living crisis with inflation, energy costs and additional associated costs rising every month and hope this will help with any difficulties.’

The boss described how messages then flooded in and ‘[things have] gone a bit mental’. Among the many posts of approval on social media, one user described Mr Smith as a ‘top man’ for recognising the workforce is a company’s ‘biggest asset’.

Although the boss added: ‘We haven’t done this to say “look at us”. I don’t really do social media. I don’t have Facebook or Insta whatever-it’s-called, but one of the lads posted about it.’ 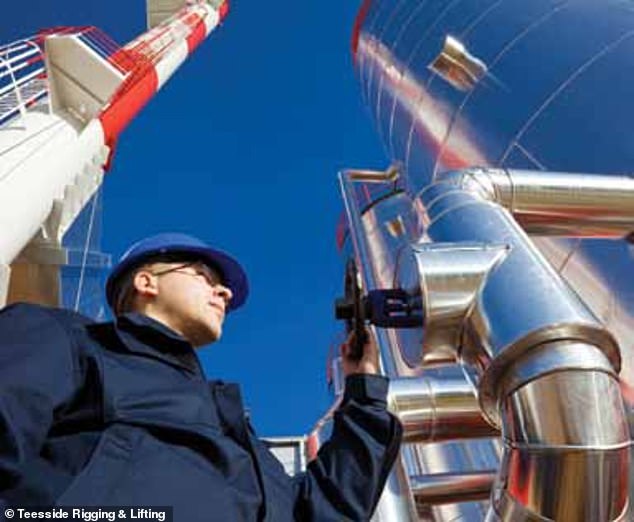 Staff at Teesside Rigging & Lifting have been given a 12 per cent pay rise, which is above inflation 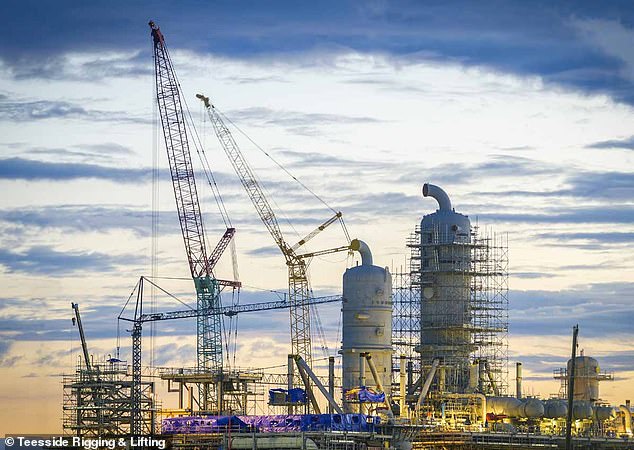 Mr Smith then went on to explain how the rise came about: ‘The union had done their homework and wanted 11.5 per cent – we said we’d make it 12 per cent. We have our guys in accommodation in line with the blue book [rules] – we upped the rate to £50 a day, which is more than 12 per cent.

‘If you’re working anywhere near London, no chance of getting a Premier Inn for less than £60 or £70.

‘We do have one eye on the future.

‘We are trying to build TRL – we have projects at Wilton, Aberdeen, the energy to waste sector. And with the amount of work around here, there are projects coming that will need to be manned up.

‘We are doing bigger and better jobs and the reason we are winning those is, we’ve got good people. One guy rang me and said, “We’re over the moon with this Stevie, it’s very much appreciated.”

‘Maybe it’s time for companies to say “right we are all in this together”. It’s looking like a year of discontent, there are strikes all over.

‘Everything is going up, it’s something you can’t really ignore. If we can do it, other firms can.’

Similarly, care home provider Home From Home Care, which operates across Lincolnshire, has given all 500 of its staff a 10.5 per cent pay rise.

It has also guaranteed all adult employees will be paid a minimum of £11 an hour or £22,880 a year if it is their first job with the care provider.

Managing director Paul de Savary told carehome.co.uk: ‘Every job with us is a highly skilled one that requires training, expertise and incredible people skills.

‘This means we have to be competitive, not only with other care providers, but with every other organisation looking to hire great people.

‘We’re immensely proud to be supporting our colleagues in this way, especially while the cost of living is climbing higher.’

Meanwhile, Taylor Wimpey has said it will make an up to £1,000 payment in monthly instalments from September through to February to all employees on salaries of up to £70,000, meaning that around 90 per cent of its workforce are eligible. 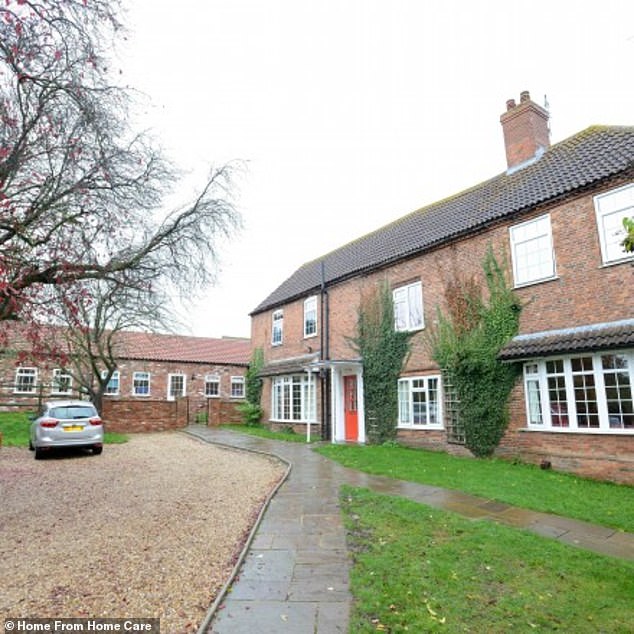 The move comes ahead of the company’s annual salary review, with Taylor Wimpey saying it has recently been reviewing wages across the group to ‘ensure competitive levels of pay, alongside our excellent benefits package’.

The group said: ‘We have been closely monitoring the impact of rising inflation and the predicted increase in fuel bills this winter on the cost of living for our employees.’

The announcement came as Taylor Wimpey announced a 16.3 per cent rise in pre-tax profits to £334.5 million for the six months to June 30.

Another company similarly giving all its staff a £1,000 pay rise is PR Agency Stone Junction, based in Stafford.

The latest increase will take the starting salary of an account executive to £21,000 a year, with a further rise of £500 expected in August. 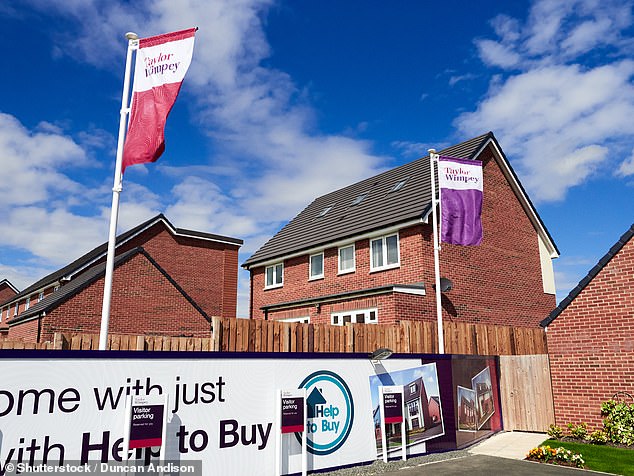 Taylor Wimpey has said it will make an up to £1,000 payment to all employees on salaries of up to £70,000, meaning that around 90 per cent of its workforce are eligible 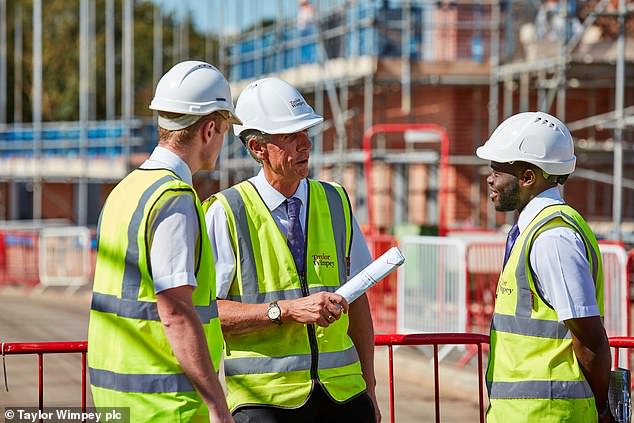 All staff at Taylor Wimpey will receive up to £1,000 in monthly instalments from September through to February to help with soaring bills

Richard Stone, managing director of Stone Junction, told StokeonTrentLive: ‘We have brought forward some of our planned increases to coincide with a time when life will become much more expensive for our team.

‘We will push ahead with the others and expect to conclude the project by June next year. The leadership team and I are really happy to do this. We don’t think it makes us saints, and we don’t think it’s the right move for every business.

‘However, it would have been nice to say we’ve done this in a better economic environment. The UK has suffered from a decade of austerity, global economic uncertainty and political upheaval, leaving real wage growth stagnant.

‘In February, The Food Foundation reported that a million people said they, or someone in their household, went for an entire day without eating because they could not afford or access food. Raising the salaries of some middle-class PR people probably won’t make any difference to that statistic. But we want to influence the things we can.

‘We are, like most people, 100 per cent behind raising national insurance to fund the NHS. Many of us would happily pay more. But the rationale behind the increase in public transport, energy and food costs feels like a fiction, when the balance sheets of the businesses in question are included as part of the equation.’

Are you a boss who has given your staff a cost-of-living boost, or an employee who has received one? Get in touch at tara.cobham@mailonline.co.uk

Wild moment Queensland man plays with stonefish, one of the world’s most venomous marine creatures

DAN HODGES: With shape shifting new friends like The Saj, Liz should beware