Bristol’s leading festival has been branded too ‘white and middle class’ in a local council report – which added that the harbour which serves as its centrepiece ‘represents colonialism’.

The investigation into the popular Harbour Festival, which attracts 250,000 people each July, highlighted its ‘whiteness’ and the ‘invisible barriers to members of the global majority’ – a woke term used to refer to the non-white population.

It also suggested that older and disabled people, families and black and Asian residents were being put off by the ‘over-consumption of alcohol and the commercial approach to food’.

The council consulted on the 50-year-old event following Black Lives Matter protests in Bristol and the toppling of the statue of slave trader Edward Colston into the harbour. 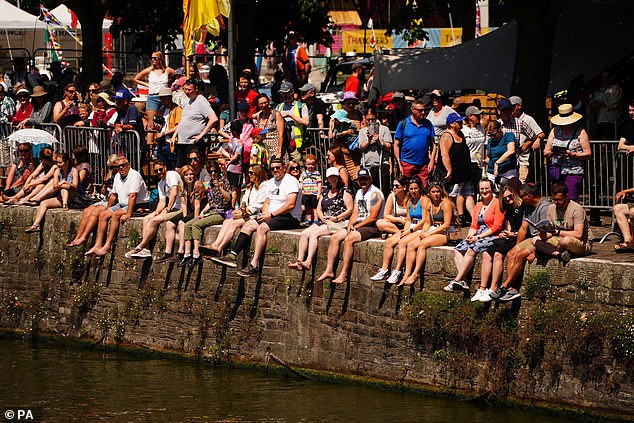 The investigation into the popular Harbour Festival, which attracts 250,000 people each July, highlighted its ‘whiteness’ (pictured: the event this year)

The Harbour Festival is an annual celebration of Bristol’s maritime heritage and the importance of its docks and harbour. The event includes live music, street performances, fireworks and a variety of other live entertainment.

Its origins as the Harbour Regatta were raised as an issue by council pen-pushers due to the traditional event celebrating ‘the boating community’ which is ‘predominantly white’.

The council report warned that ‘the festival currently has the perception of being a ”white English festival” for some of those consulted’, with ‘nothing for communities from different cultural heritage’.

It added: ‘The consultation highlighted the ‘whiteness’ of the festival and the invisible barriers to members of the global majority, as well as participants with mobility issues or neuro diverse needs.

‘The perception of the Harbour Festival for the global majority communities within Bristol is that it is not for them, and that the cultural offer is primarily serving a white middle-class audience. Many of those of different cultural backgrounds find the over- consumption of alcohol and the commercial approach to food off-putting.

‘The narrative of the work of the festival is lost and the branding harks back to the Harbour Regatta, celebrating the boating community which is predominantly white.’

Local Tory councillor Richard Eddy slammed the report, telling the Telegraph: ‘This latest attack on the hugely successful Bristol Harbour Festival sadly comes as no surprise and is a further indication of how the current Labour mayoral regime loathes everything which is ”Shipshape-and-Bristol-fashion”.

‘The current mayor, Marvin Rees – who Bristolians voted in a referendum in May to ditch – is on record as despising everything he labels dismissively as ”Brunel, Bridges and Balloons” in the historic city.

‘As when Mr Rees championed the criminals who demolished Edward Colston’s city centre statue in summer 2020, his administration hates everything which true Bristolians prize.’

The report – which was handed to councillors as they consider the future funding and organisation of the £160,000-a-year festival – noted that 83 per cent of attendees were White British, compared to 78 per cent of Bristol’s population. 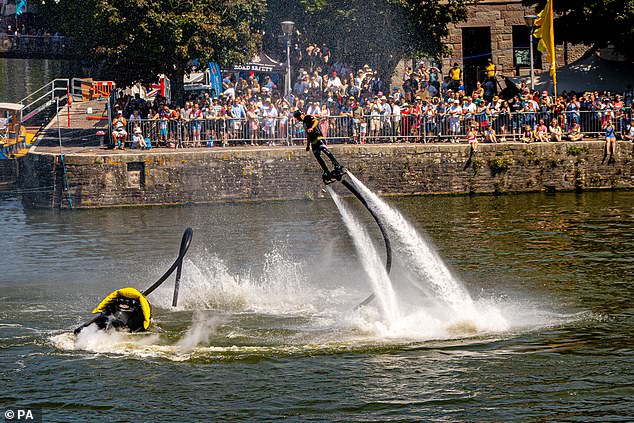 It read: ‘Bristol has been in the spotlight over the last two years, especially its harbour and history. The perception of Bristol on a national and international stage is one of diversity, creativity, independence and energy.

‘The festival needs to reflect recent events in its addressing of the issues around the harbour as well as celebrating the diversity that Bristol represents. There is an opportunity to harness this alongside the beauty, heritage and innovation of the harbour through events, dialogue and performance.’

The authors recommended setting up a ‘paid advisory board’ to oversee an outreach program for the festival and introducing ‘alcohol-free spaces’. It also called for more work to address the ‘harbour’s part in the slave trade’.

Bristol has long been known for its left-leaning politics, and became a focus of BLM protests which, on June 7 2020, famously saw Edward Colston’s statue torn off its plinth and tossed into the harbour.

It came as a motion to ban strip clubs and other sex entertainment venues failed in a council vote last week. 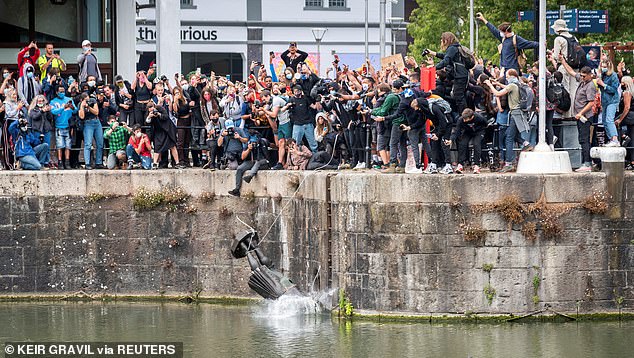 A consortium of women’s rights organisations and community groups had been campaigning for Bristol to follow in the footsteps of Edinburgh and impose a blanket ban.

Bristol currently has a cap of three strip clubs in the city centre, although currently it has only two – Urban Tiger and Central Chambers.

Emotions were running high at a meeting of the council’s licensing committee on Thursday, where dozens of people on both sides of the debate put forward their views.

One dancer explained how she had taken up work in a strip club when she was unable to make ends meet as a circus performer, and now has a ‘flexible enough schedule to pursue my dream career’, while another performer insisted that stripping ‘provides stability’.

Another performer, who gave her name only as Scarlett, said she suffered from chronic pain and fatigue, but stripping had given her a future.

The vote was the culmination of a review stretching back three years, and two public consultations – one in 2019 and one in 2021 – that received more than 17,000 submissions between them.

MailOnline has contacted the local council and the festival organisers for comment.

Thousands of workers to take $6,000 pay cuts as inflation pushes up the price of everything