Britain’s bird flu ‘patient zero’ has been left ‘absolutely distraught’ after being banned from keeping ducks for more than a year.

Alan Gosling’s flock of 160 pet ducks were culled earlier this month after some were found to be infected with a deadly strain of the virus.

The grandfather, 79, also tested positive and is thought to have caught the disease from one of the 20 Muscovy birds he kept inside his home in Buckfastleigh, Devon.

Mr Gosling said this week he planned to adopt more ducks after finishing his self-isolation period after being left heartbroken by the death of his flock. But relatives revealed today that he has been told he can’t have any pet birds for a whole year.

Daughter-in-law Ellesha Gosling, 26, said: ‘When the ducks were killed, his only bit of hope was that he’d be able to get more.

‘He thought hope was not lost because he could fill the void after losing his closest companions.

‘But now he’s been told it’s not safe for new ducks to go onto his land for a whole year. Dad’s face dropped when he was told.

‘It really hurt him because that’s what was keeping him going. They took away all his friends and now he has been left with nothing.’ 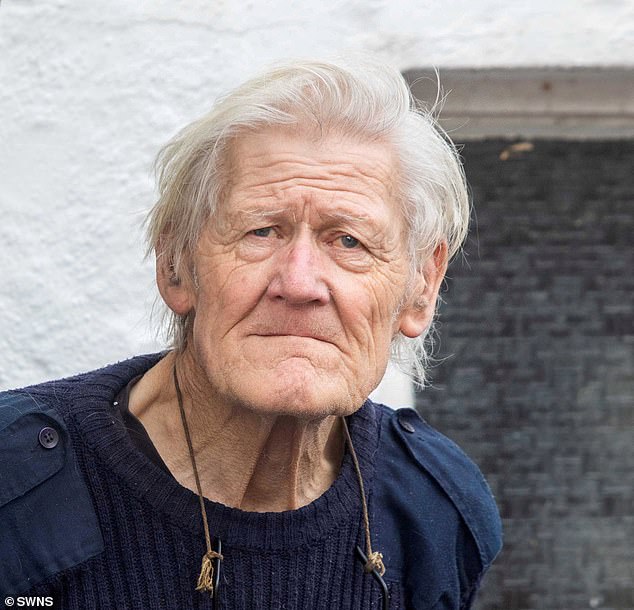 Lonely: Britain’s bird flu ‘patient zero’ Alan Gosling has been left ‘absolutely distraught’ after being banned from keeping ducks for more than a year 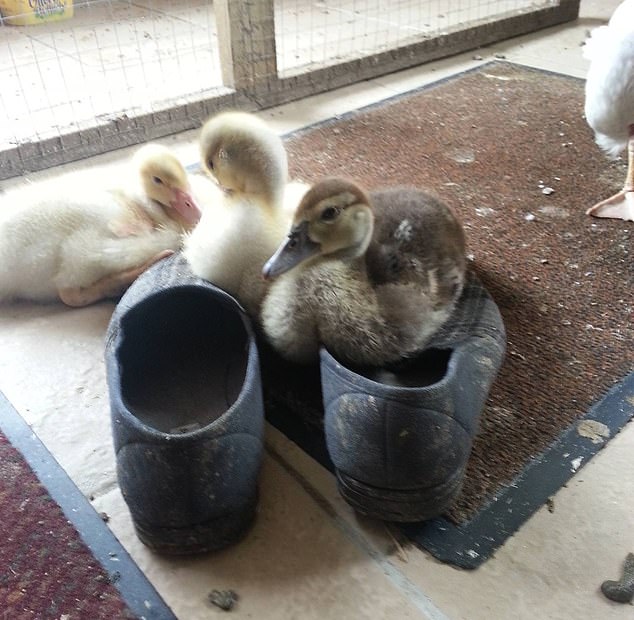 The family say they have not been told why Mr Gosling has been banned from getting new pets. The Animal and Plant Health Agency has been approached for comment.

All of Mr Gosling’s adopted ducks were culled after several of them fell ill in late December – leaving him alone for Christmas.

A few days later he also was confirmed to be the first UK case – despite having no symptoms – and has remained isolated in his empty home since.

He said of the culling: ‘I keep turning it over in my head and when I go to sleep it’s what I dream about – it never leaves my mind.

‘They were like my family and I miss them like hell. I hand-reared them from chicks and some of them were 12 or 13 years old.’

Mr Gosling tested negative for the virus on Sunday and has since been given the all-clear.

Ellesha and husband Richard Gosling, 47, said they have been told no ducks will be allowed in his home or garden for at least 12 months.

She added: ‘We were told that his property wouldn’t be suited to a full cleanse then a restock.

‘Dad’s face dropped when he was told he couldn’t have any more for a year – he couldn’t believe it. 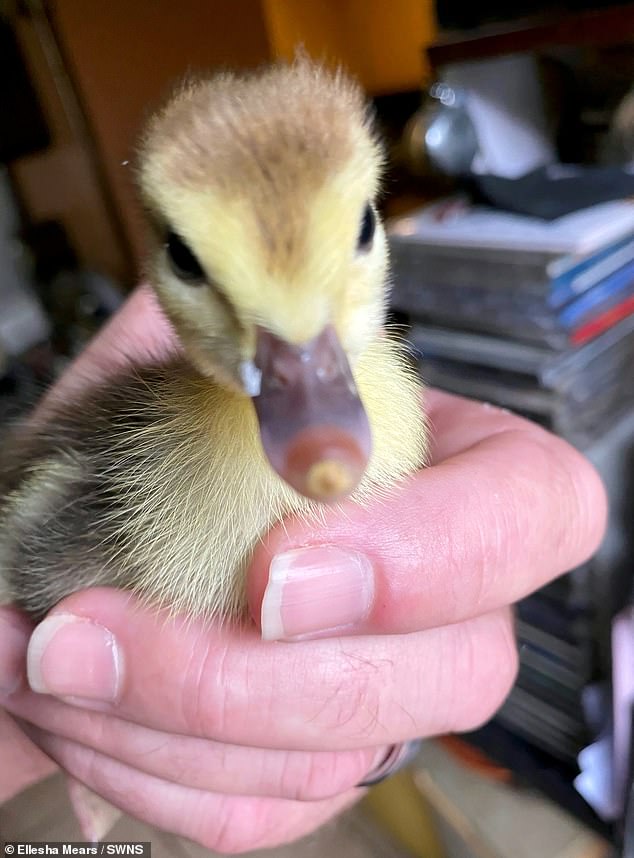 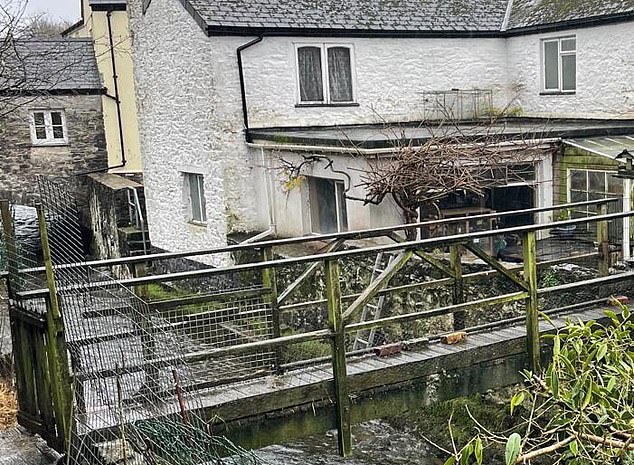 ‘He is absolutely distraught. When the ducks were killed, his only bit of hope was that he’d be able to get more.

Mr Gosling is the first ever human case of H5N1 — which is fatal for up to half of the people it infects — recorded in the UK and Europe.

Despite killing millions of poultry worldwide, animal to human transmission of H5N1 is extremely rare.

There have been fewer than 1,000 cases globally since the virus emerged in the late 1990s. Human-to-human spread is even rarer.

Mr Gosling is believed to have started co-living with ducks after his divorce from ex wife June Axford, who also lives in Buckfastleigh,

She told MailOnline: ‘He never kept any ducks or birds when we were together.’ She said the couple divorced more than 20 years ago, but she added that despite being in the same small town, they never saw each other.

H5N1 has for years been highlighted as a potential pandemic threat due to how contagious it is in animals.

It is feared that as the virus spreads, it may acquire mutations which make it easier to infect humans.

The current H5N1 outbreak is the largest bird flu crisis ever recorded in Britain, with 2million poultry culled as part of efforts to control the virus.

Britain’s outbreak is part of the spiralling crisis currently ravaging Europe and has been going on for weeks, which sparked fears of a turkey shortage in the run-up to Christmas.

Bird to human transmission of bird flu — also known as avian flu — is rare and has only occurred a small number of times in the UK. However, the public is being urged not to touch sick or dead birds.

Subsequent human-to-human transmission of avian influenza is even rarer, meaning the risk of a major outbreak in people is deemed to be even lower.

A virus that kills up to 50% of humans… but transmission is rare: Everything you need to know about bird flu

What is bird flu?

Bird flu, or avian flu, is an infectious type of influenza that spreads among bird species but can, on rare occasions, jump to human beings.

Like human influenza there are many strains of bird flu:

The current outbreak in birds in the UK is H5N1, the strain that the infected Briton has.

Where has it been spotted in the UK?

A case of bird flu has been spotted in a human in the South West of England.

Officials did not disclose the exact location of the case, but UKHSA said all close personal contacts of the individual have been traced and there is ‘no evidence’ of the infection having spread to anyone else.

The UK is facing a particularly bad year for cases in birds, with around one million having to be culled in Lincolnshire — where the virus was first spotted on December 11.

Exclusion sites were put around Mablethorpe, Alford and South Elkington in the region.

There have also been outbreaks North Yorkshire and Pocklington in East Yorkshire.

How deadly is the virus?

Fatality rates for bird flu in humans have been estimated to be as high as 50 per cent.

But because transmission to humans is so rare, fewer than 500 bird flu deaths have been reported to the World Health Organization since 1997.

Paul Wigley, professor of avian infection and immunity at the University of Liverpool, said: ‘The advice given by APHA and UKHSA over contact with infected birds is sensible and should be followed.

‘The risk of wider infection in the general public remains low.’

Is it transmissible from birds to humans?

Cases of bird-to-human transmission are rare and usually do not spread on human-to-human.

Bird flu is spread by close contact with an infected bird or the body of one.

Professor Ian Jones, a virologist at the University of Reading, said: ‘Transfer of avian flu to people is rare as it requires direct contact between an infected, usually dead, bird and the individual concerned.

‘It is a risk for the handlers who are charged with the disposal of carcasses after an outbreak but the virus does not spread generally and poses little threat.

‘It does not behave like the seasonal flu we are used to.

‘Despite the current heightened concern around viruses there is no risk to chicken meat or eggs and no need for public alarm.’

What are the symptoms?

Symptoms of bird flue usually take three to five days to appear with the most common being: