Nice day for a rail strike! Britons flock to the beach to soak up the sunshine on the first day of Summer as temperatures hit 24C in London and the south it’s set to get HOTTER tomorrow with highs of 28C

Sunbathers were spotted soaking up the rays this afternoon as temperatures hit 24 Degrees Celsius (75.2F)  in London and the south east.

The RMT’s national strike may have left trains stations empty, but Britain’s beaches were heaving.

In Bournemouth, scores of swimmers took a plunge in the sea to cool down as the south enjoyed another heatwave.

But by Friday, things will noticeably start to cool down with the possibility of some showers. 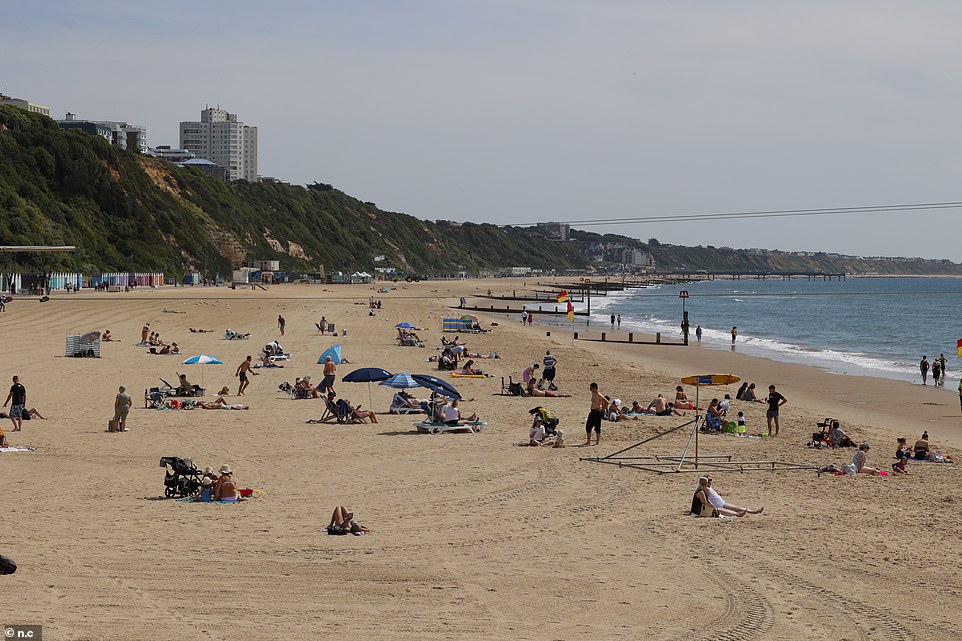 Sunbathers were spotted soaking up the rays this afternoon as temperatures hit 24 Degrees Celsius (75.2F) in London and the south east (Pictured: Sunbathers in Bournemouth) 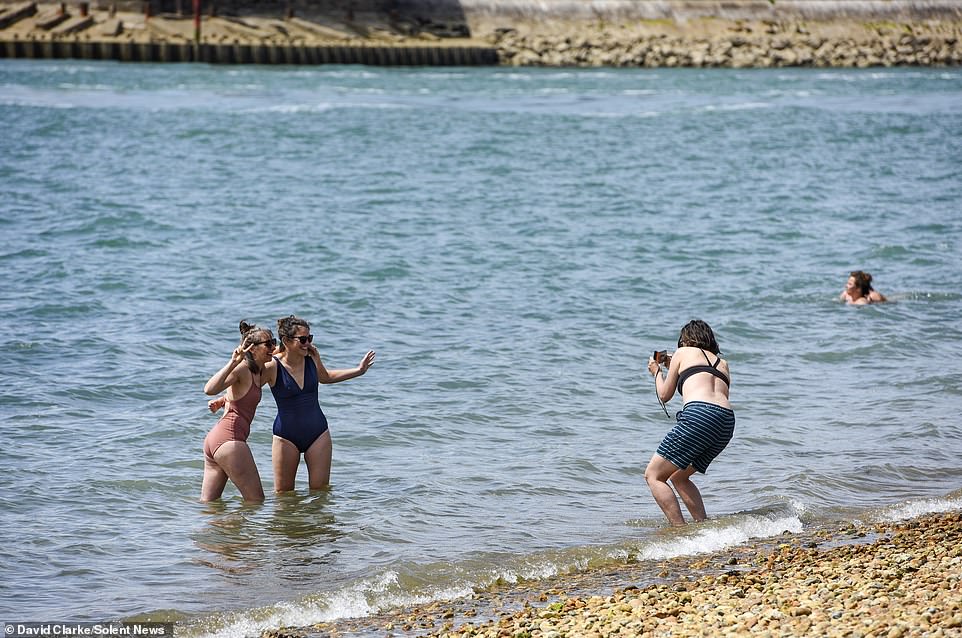 Women pose for a photo in the sea at the Hot Walls in Old Portsmouth. The hot weather returned to Hampshire this week as the South sees another heatwave on the horizon 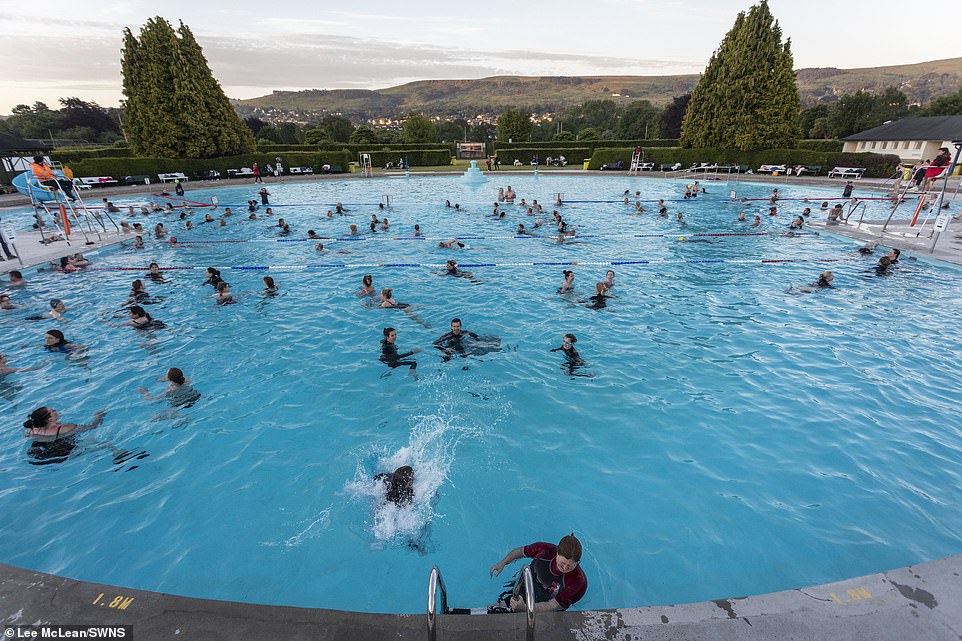 400 hundred people took part in the annual summer solstice swim at Ilkley Lido, West Yorkshire. This year’s event was sold out and is the highest achieved attendance in its history 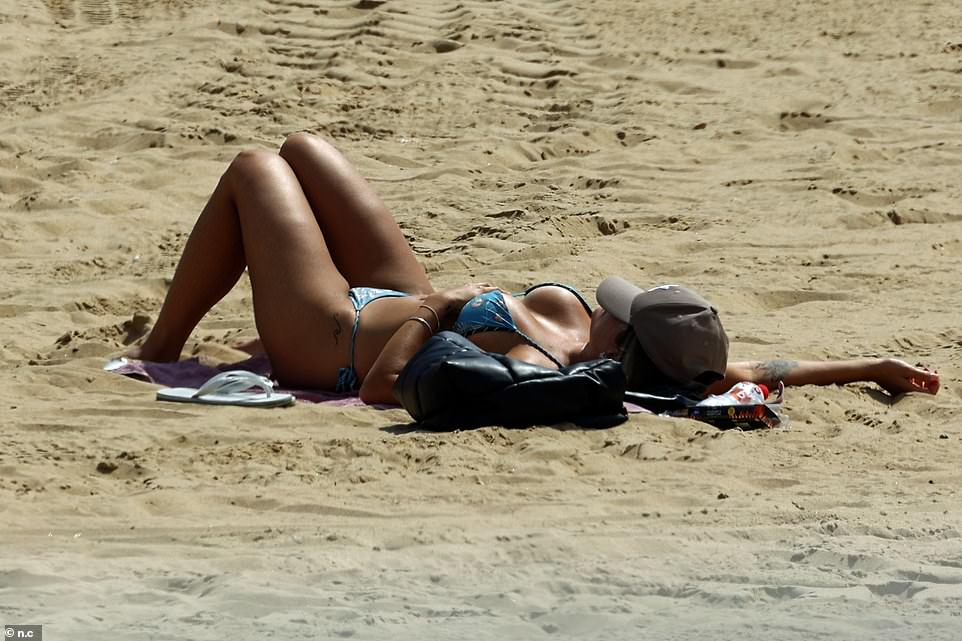 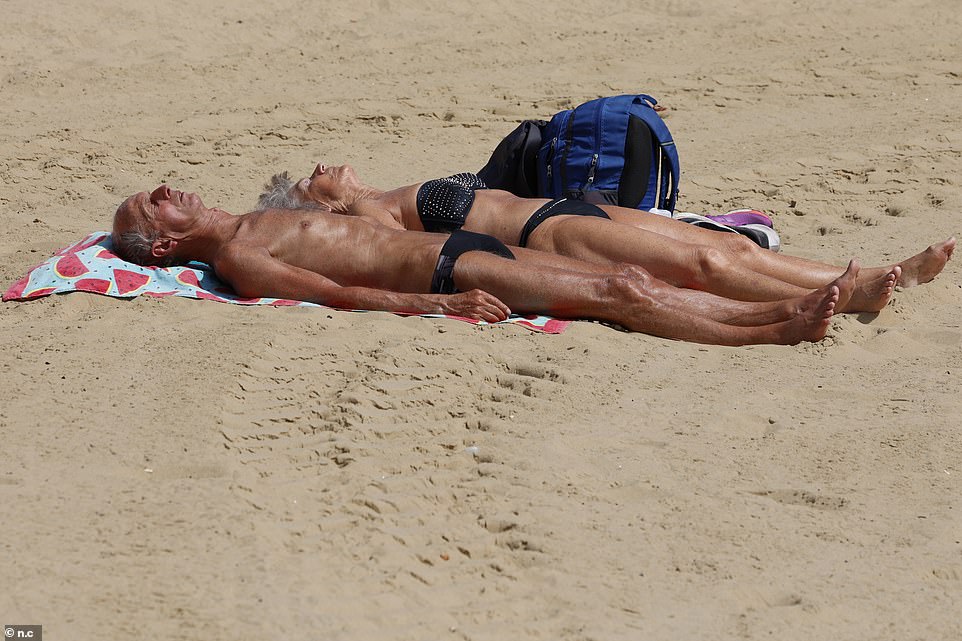 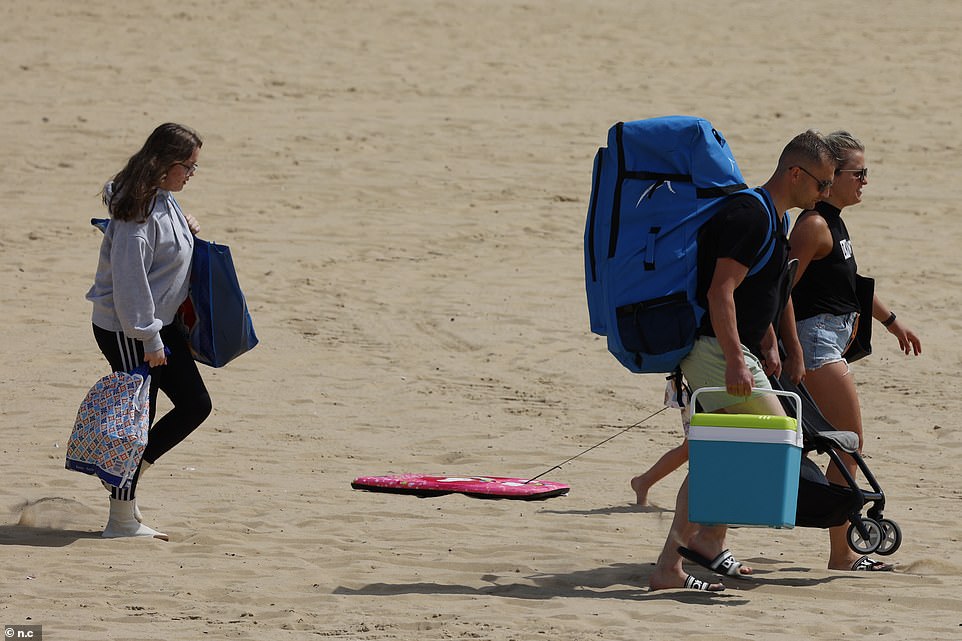 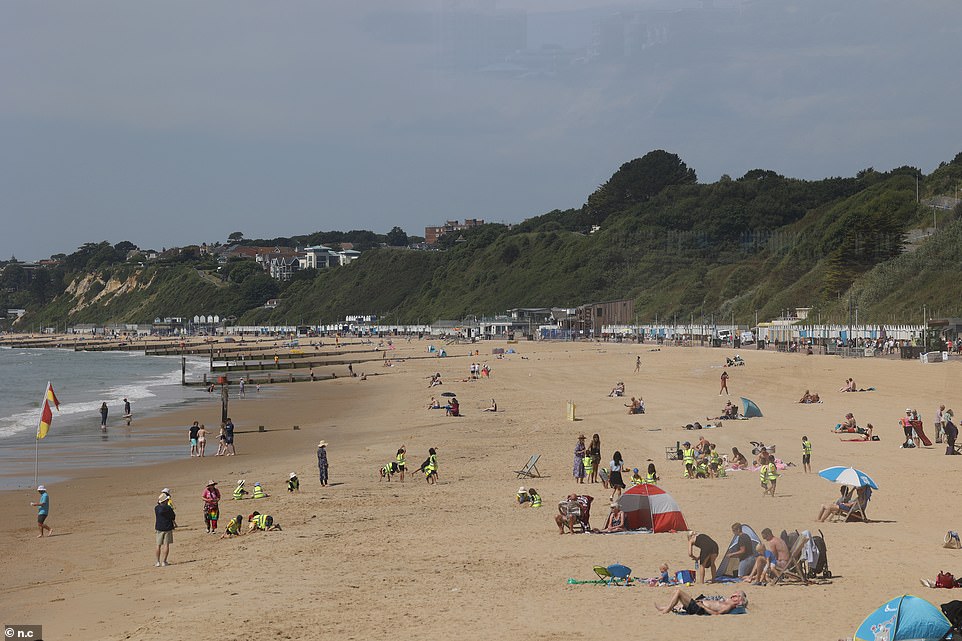 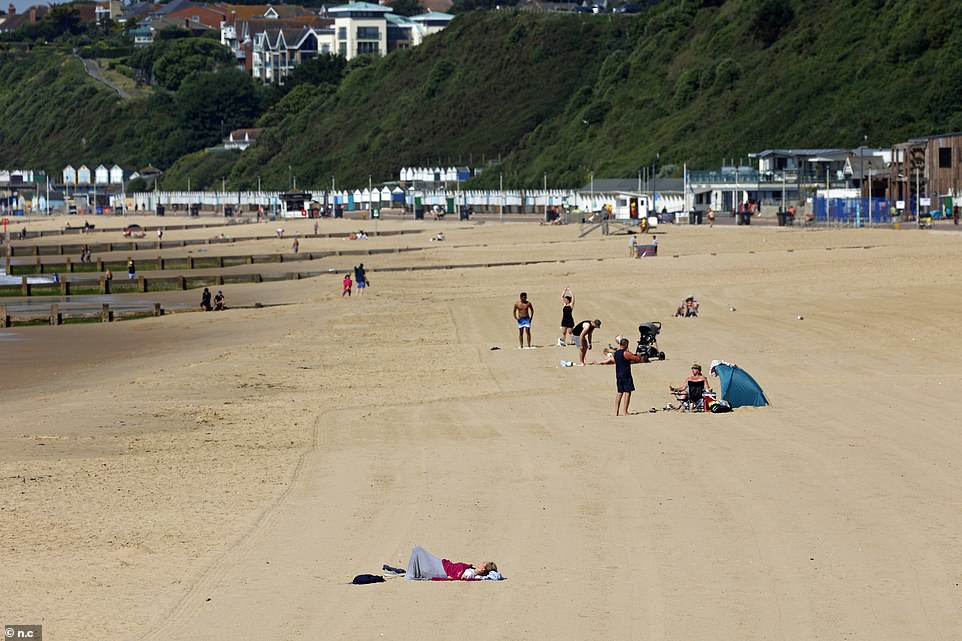 The enjoyable hot climes occurred as many parts of the country lost their rail services due to strike action, with millions working from home

According to the Met Office, Wales and Scotland will also see fine weather, with the mercury rising to around 73.4F.

Light, gentle winds are expected across England and Wales, although it will turn cloudy in Scotland and Northern Ireland, with showers a possibility.

Although the country is again getting warmer, temperatures this week will not match those seen last week and on Saturday, when the mercury rose to a blistering 91F.

400 hundred people took part in the annual summer solstice swim at Ilkley Lido, West Yorkshire. This year’s event was sold out and is the highest achieved attendance in the event’s history.

This morning, thousands of druids, pagans and New Age revelers greeted the summer solstice at Stonehenge for the longest day of the northern hemisphere year.

Wiltshire Police said about 6,000 people gathered at the ancient stone circle in southern England to watch the sun rise at 4:49 a.m. (0349GMT) on a clear, crisp morning.

Police said the atmosphere was “convivial” and there were only two arrests – one for assault and one for drug possession.

It was the first time revelers have been permitted to gather for the solstice since 2019. The sunrise was streamed online in 2020 and 2021 because of the coronavirus pandemic.

Stonehenge was built between 5,000 and 3,500 years ago on a windswept plain in southwest England by a sun-worshipping Neolithic culture. Experts still debate its purpose, but it is aligned so that on summer solstice the sun rises behind the Heel Stone and rays of sunlight are channeled into the centre of the circle.

What is the summer solstice?

For hundreds of years, people have held festivals, bonfires, picnics, Maypole dancing and other celebrations on the summer solstice.

The solstice marks the first official day of summer and the longest day of the year.

It occurs when the planet’s geographical police in the Northern or Southern Hemisphere is most greatly inclined towards the sun.

The solstice always takes place from June 20 to June 22 in the Northern Hemisphere.

For many cultures around the world, a number of unique traditions – some of which date back millennia – are held on the summer solstice.

This is particularly prevalent in many European countries since it marks the midway point between the traditional planting and harvesting seasons.

In the UK, the summer solstice was famously marked on Stonehenge by pagans thousands of years ago, as the rising sun only reaches the center of the stone circle on one day of the year.

Elsewhere in the UK, the day is still often marked by Maypole dancing, picnics and bonfires.

In the belly of a jelly! Beach walker finds jellyfish washed-up with another fish stuck inside