Lisa Wilkinson’s Logies speech has made the Brittany Higgins rape trial ‘untenable’ right now, accused man’s lawyer says – days before the case was due to start

The trial of the man accused of raping Brittany Higgins could be delayed after his lawyers asserted Lisa Wilkinson’s Logies speech may prejudice the jury.

Bruce Lehrmann, charged with sexual intercourse without consent, has pleaded not guilty to assaulting Ms Higgins at Parliament House in Canberra.

Mr Whybrow said a temporary stay was the only recourse to allow for a fair trial so ‘adverse publicity can dissipate’. 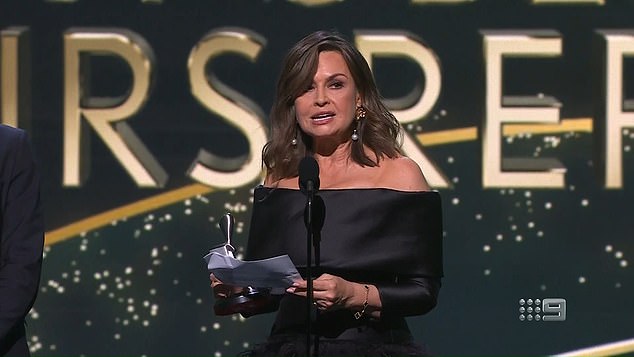 ‘It’s untenable in my submission for a trial to be held under these circumstances at this time,’ he told the ACT Supreme Court on Tuesday.

The Crown opposed the temporary stay, arguing the application did not outline a significant enough risk to the jury that couldn’t be overcome by orders made by the judge.

‘The test most apt … is a real and substantial risk that despite endeavours by the trial judge there will be members of the jury that would have prejudged guilt perhaps unaware and that cannot be remedied,’ Director of Public Prosecutions Shane Drumgold told the court.

Bruce Lehrmann (pictured), is charged with sexual intercourse without consent. He has pleaded not guilty to assaulting Brittany Higgins at Parliament House in Canberra

‘We accept there is a significant change but the application limited to what it is limited to does not give rise to a temporary stay.’

An initial stay application was dismissed by Chief Justice McCallum in April, when she said she wasn’t persuaded directions given to the jury couldn’t alleviate concerns of prejudice against Lehrmann.

Mr Drumgold argued the new application constituted ‘a re-agitation of that order’.

Former political staffer Brittany Higgins (pictured front) speaks to the media as she leaves the Commonwealth Parliamentary Offices after meeting with then prime minister Scott Morrison in Sydney on Friday, April 30, 2021

VW Up! driver fails to park their tiny car in a large driveway

Australian Open 2021: Novak Djokovic could be jailed over discrepancy as government decides fate