Schizophrenic Bronx man who said ‘I want to kill them all’ when he plowed SUV into Times Square crowd, killing girl, 18, and injured 22 others, is found ‘not responsible by reason of mental defect’, jury rules

The man who killed 18-year-old Alyssa Elsman and injured 22 other pedestrians after plowing through a crowd in Times Square in 2017 has been found not responsible for his crime by reason of insanity.

Richard Rojas, who suffers with schizophrenia, 31, learned of his fate on June 22.

Rojas, a US Navy veteran and native of The Bronx, had pleaded not guilty to second-degree murder, 18 counts of attempted murder and 38 counts assaults.

The jury deliberated for six hours in the case. Judge Daniel Conviser said that Rojas will undergo further psychiatric examinations before he is sentenced to an institution.

The several week long trial revolved around Rojas’ mental state at the time of the horrific incident. 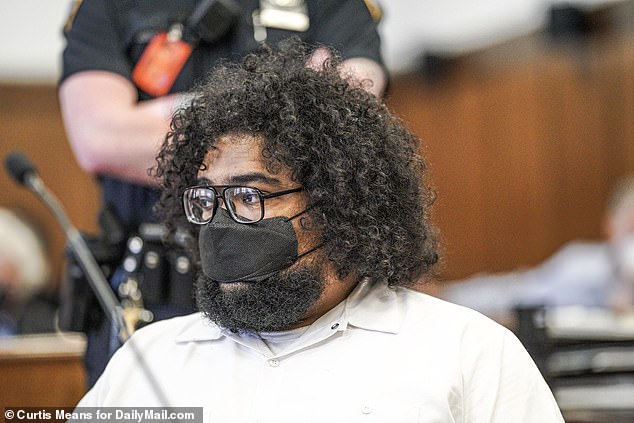 While his lawyers said that he ‘lost his mind,’ prosecutors said that the suspect was aware that he was in a populated area when he drove into the crowd.

During the trial, Rojas’ brother, Wilmer Varas testified that the killer began developing mental health issues at the age of 11, fifteen years before the attack in Times Square at the age of 26.

Varas said that Rojas would speak in tongues and complained of hearing voices in his head.

Following the attack, Rojas told a traffic cop: ‘I wanted to kill them all.’ 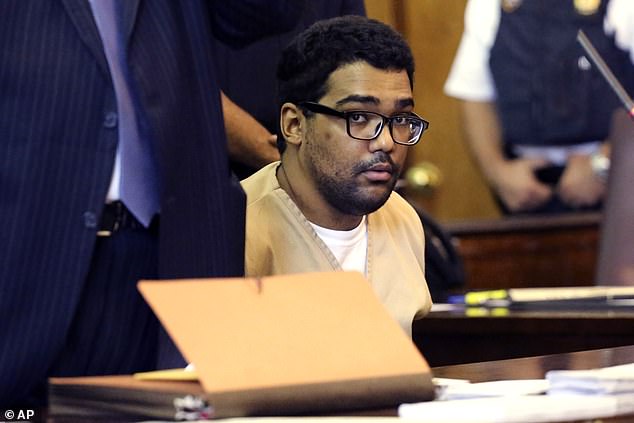