Eldery care home residents who pay their own way face typical annual bills of £50,000 after their fees jumped by more than a fifth this year, an investigation by The Mail on Sunday shows.

Self-funders, who represent a third of residents, were already paying far more than local authorities do for state-funded residents at the same properties.

Anyone needing care who has assets such as savings or a house worth more than £23,250 must use them to pay their fees. Councils pay for those without assets.

Council bosses use their position as the main customer for most care homes to drive down their bills. So those who pay for themselves have bigger bills.

Amid soaring energy and fuel bills, care homes are also passing on their increased costs to private payers. This means that fees for private residents are up by 22 per cent this year, but fees paid by local authorities have risen by 8 per cent to £33,644 a year. 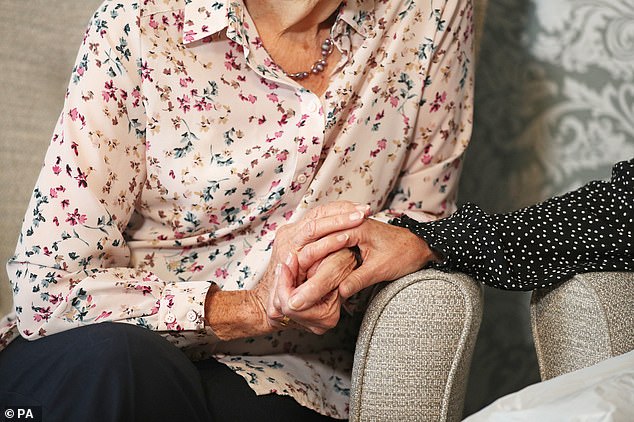 Amid soaring energy and fuel bills, care homes are also passing on their increased costs to private payers

Average weekly fees for private, often middle-class customers have climbed £173 to £949 in 12 months, while for councils they are up £596 to £647, analysis of figures from the care consultancy LaingBuisson shows.

Executive chairman William Laing said: ‘It is easier for care homes to pass on price increases to self-funders than the local council.

‘Local authorities are often paying for half or more of residents, and they use this bargaining power… to negotiate rates below sustainable levels. It’s very different for private pay residents. What can they or their family do? Moving care homes is hugely disruptive.’

Private payers make up 35 per cent of care home residents, just under 126,000, compared with almost 235,000 state-funded occupants. Yet last year self-funders accounted for 45 per cent of fees paid to care homes.

Lynn Ross, 68, of Carlisle, told how her mum was forced to sell her £190,000 house. ‘I don’t think she has any idea the money is being spent so fast and will run out in a year,’ she said. ‘If I told her, she would panic. But I suppose when it does run out it will be her turn to benefit from others subsidising her.’

Care home boss Michael Williams, chief executive of Springdene Care Homes, which runs three in North London, said he had to put up with a council paying only half the real cost paid by private residents.

His care homes charge £1,250 a week for private residents, compared with £750 paid by Haringey Council, which refuses to pay more. He said: ‘Councils don’t pay the going rate, and often they fight hard not to increase them.

‘It goes without saying that we don’t chuck people out. So we have to take a hit on the difference between that and our costs.’

Like all care homes, Springdene faces four key price rises. His insurance is up by 70 per cent, largely due to Covid; staff costs are up 15 per cent; catering costs have doubled; and his heating bill is due to increase by 600 per cent.

He explained: ‘Staff leave to work in Amazon, so we are competing for workers with a tech company worth billions of pounds. On food, we cannot just buy cheap food from Aldi. Heating is a huge cost, but we cannot turn the thermostat down or ask residents to put on jumpers.’

Care home company Barchester said: ‘Care homes, like all homes, are feeling the impact of inflation.’

The Government said last year that from October 2023, the amount anyone in England will spend on care over their lifetime will be capped at £86,000. From that date, self-funders should also be allowed to pay for care at the same rate as the local authority, but this will not be fully implemented until 2025.

The Local Government Association said: ‘Councils, care providers, charities and the NHS are united around the need for central government to fully fund adult social care.’