A care worker was slapped on the bottom, shown an ISIS film in the office and accused of being a terrorist by her boss, an employment tribunal has heard.

The woman, who is of Somali origin, was shown the Netflix film Layla M, which centres around a young Muslim girl who is radicalised in Amsterdam, by her then line manager.

She claimed her boss blew kisses at her and accused her of being in the ISIS terror group because of her Facebook posts.

The employee worked as a carer in homes for five years before resigning in May 2019, which she said she was forced to do because of the treatment she suffered.

She has now won an employment tribunal against the director of the care services firm based in Cardiff. 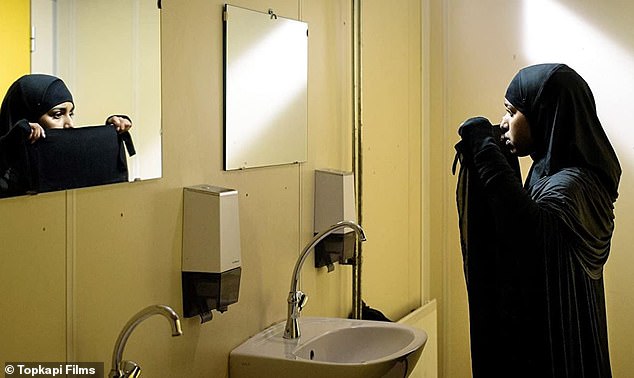 The employee sued her former boss, claiming she was constructively dismissed and was subjected to direct discrimination and harassment due to her race, as well as sexual harassment.

The name of the woman, her manager and the company she worked for have been withheld by the tribunal judges.

Cardiff Employment Tribunal heard the woman was slapped on the bottom in 2018 and not long after her boss, referred to by the tribunal as ‘Mr C’, showed her the radical Islam film and accused her of being in ISIS.

The claimant – known as ‘Ms A’ – also had her Facebook page discussed at work and Mr C told the tribunal this was ‘because staff were concerned about what was being posted about ISIS’.

The court was also told: ‘There was a lot of talk in the office about ISIS in Cardiff and staff were worried about retaliation.’

The woman, who was on a zero hours contract, then found her shifts started to be cut without an explanation, the hearing was told.

There was one conversation in the office about Somalians being ‘aggressive’ and Mr C allegedly blew kisses at her while leaving the office.

Mr C, who was a director of the firm, was ‘extremely distressed’ that such an allegation was made and emphatically denied it saying ‘don’t be silly’, along with all the other allegations, the court heard.

But the panel of judges found in favour of the claimant and ruled she had been constructively dismissed, discriminated against and harassed over her race as well as a victim of sexual harassment. 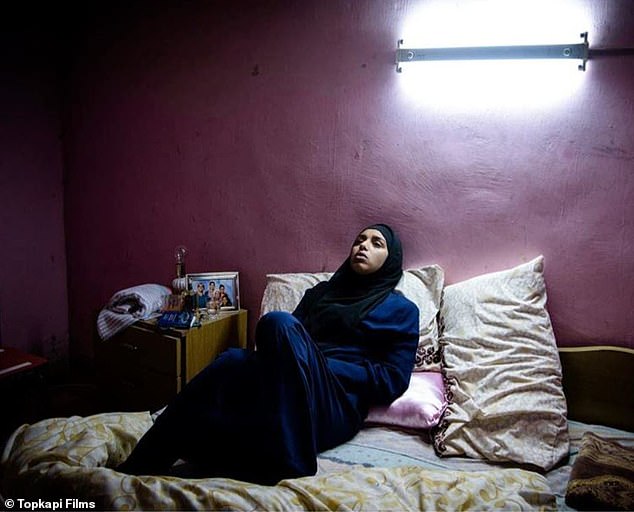 In the film the 18-year-old protagonist joins a group of Muslims who fight for their practice and makes political flyers. Pictured: The Netflix film Layla M 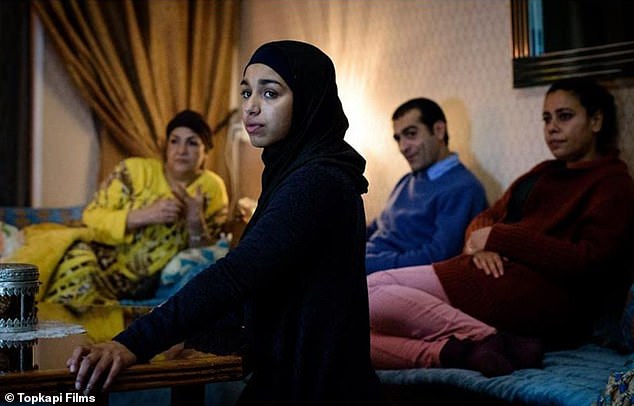 Employment Judge Claire Ward said in her judgement, published today: ‘On May 1 the claimant was accused of being a member of ISIS and of being a terrorist by Mr C. This may not have been explicit but it was certainly implied.

‘He commented that her Facebook page supported terrorism and made reference to the Somali race being aggressive. Shifts were being taken off rota with no explanation, no replacement shifts, no telephone call to inform her that she was no longer working her regular shifts.

‘As the tribunal has found on other occasions for the claimant to be more credible we believe it is more likely than not that this did happen. His evidence was not clear on many subjects and on one occasion he made a threat from the witness box.’

The court also heard Ms A said that ‘every time she saw Mr C he was nasty and said something bad’.

Judge Ward ruled Ms A was subjected to these comments and harassment due to her race and gender.

She said: ‘The claimant was subjected to discrimination and harassment by director C. There was no evidence of bullying.

‘The fact her shifts all of sudden started to be taken off the rota without any explanation, together with the discrimination that was occurring did destroy the trust and confidence that should exist between and employee and employer. The claimant resigned because of the way the respondent treated her.

‘The respondent [Mr C] did not believe the claimant had been entitled to resign and did not defend the unfair dismissal. It gave no potentially fair reason for her dismissal or reasonableness of that decision.

‘The tribunal finds that the comments made on May 1 were less favourable treatment because of race. A white employee would not receive such comments. The claimant was asked to watch the Layla M film and this was because of her race.

‘In 2018 Mr C slapped the claimants bottom and on May 17 2019 blew kisses at her. This is less favourable treatment because of sex and or of a sexual nature. A male employee would not receive such attention.

‘The claimant was upset by the comments, it had the effect of violating the claimant’s dignity and creating an intimidating environment for the claimant.’

A date will be set for another hearing to determine how much compensation Ms A will be awarded.