‘My cats are ruining my life!’ Moment feline dashes through wet cement as pets cause chaos during bathroom renovation

This is the moment that cats cause chaos for a pet owner – by running through wet cement during bathroom renovations.

The precocious felines were captured on camera in Swansea, Wales, as the cats cause havoc for their owner’s work.

In the footage, owner Ricky Davies begins by showing his floor of wet cement and then pans to Hugo, his four-year-old Bengal who had gotten onto a windowsill – amazingly without touching the wet cement. 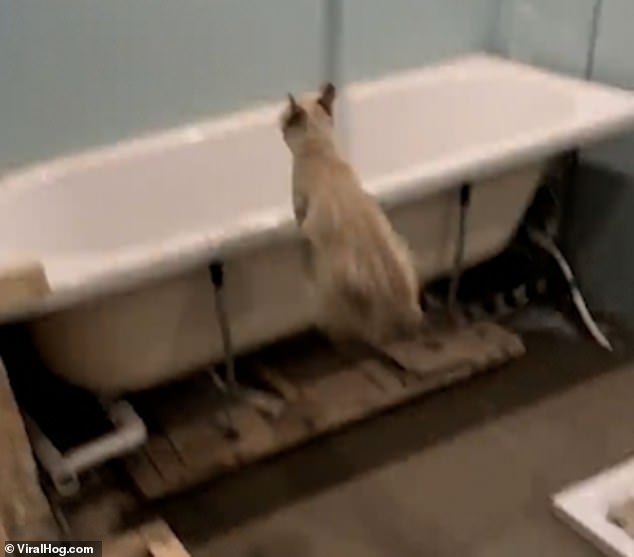 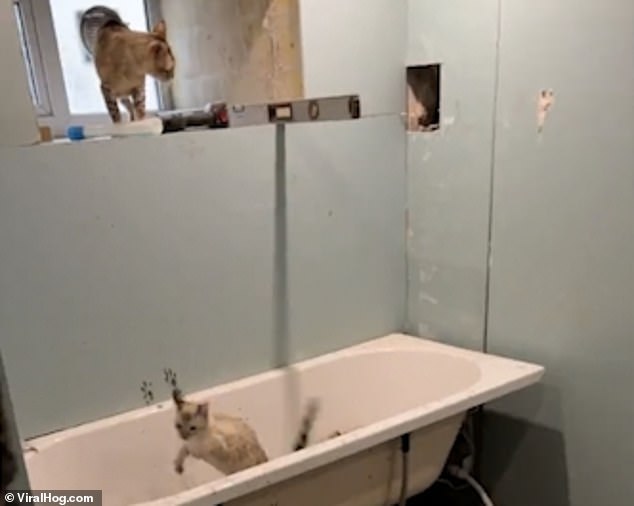 Vega had gone to join fellow Bengal cat Hugo who had moved across the bathroom, strangely without touching the cement himself

The bemused Mr Davies then watched in horror as Vega, a ten-month-old Bengal, sprinted across to Hugo through the cement – leaving a paw print on her owner’s walls.

The enraged owner then exclaimed: ‘What the f**k is going on?! My cat’s are ruining my life!’ 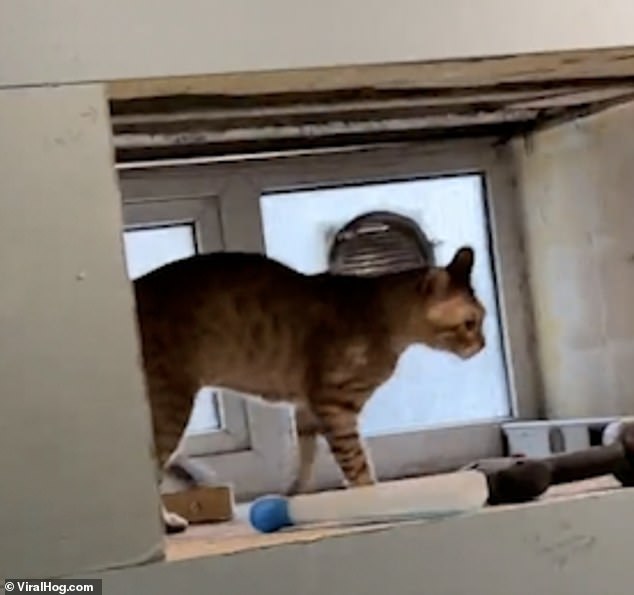 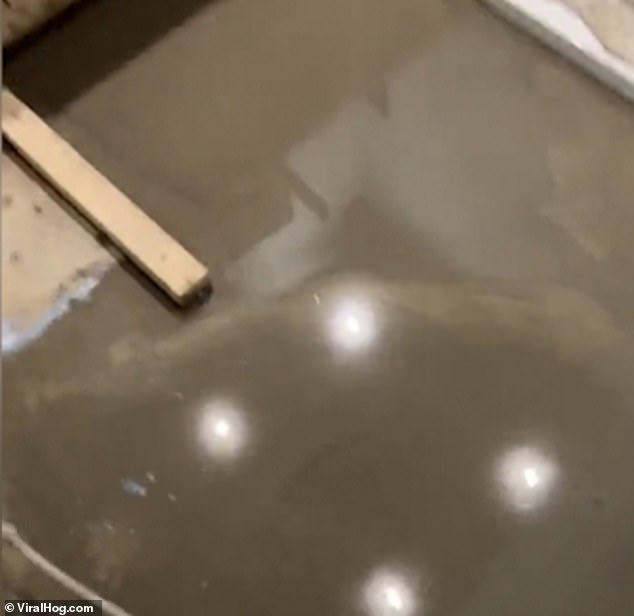 The video then finishes with Mr Davies admonishing the cats as one looks to make its way back across the wet floor.

The video from January 3, which was posted on YouTube, has racked up over 14,000 views.

Commenters on the video questioned the owner’ responsibility for his cats’ actions.

One said: ‘I feel like he was asking for it. Who lets their cat or dogs run around on the same floor there working on construction wise? Pets are like kids.’ 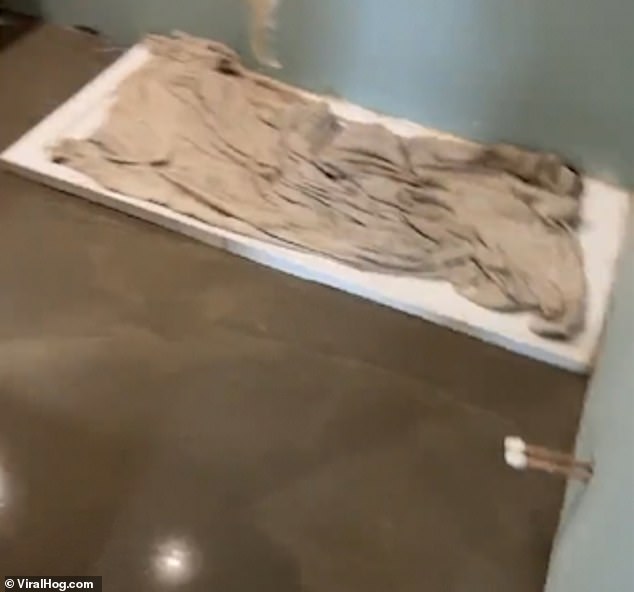 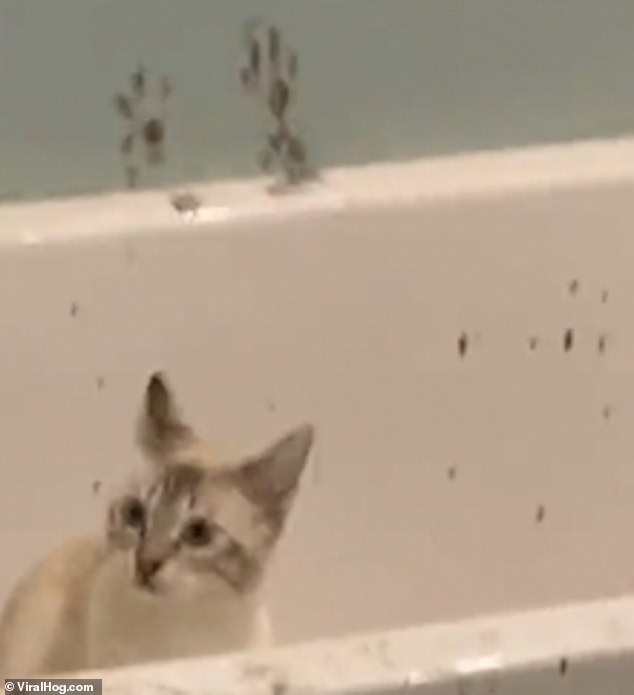 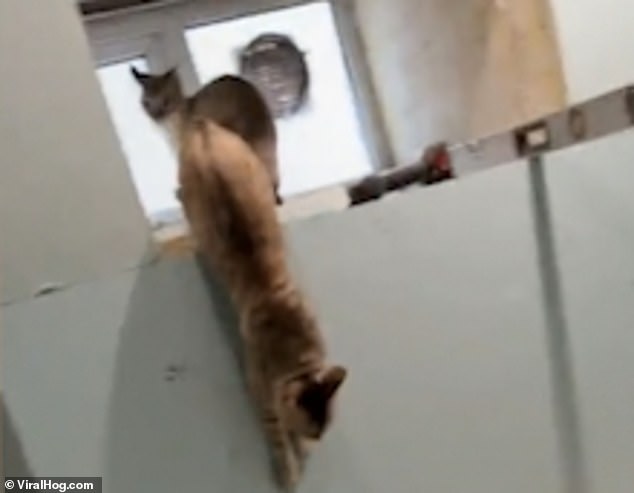 As swiftly as Vega joined Hugo, she tried to make a return trip back across the wet floor

Mr Davies said: ‘The house is being renovated right now. I popped out while the builders were in the bathroom.

‘When I returned the builders had left and I discovered Hugo was in the bathroom.

‘Vega then came running in not realizing the floor was full of wet cement, then it was absolute chaos. Both cats are fine.

‘Hugo jumped straight out without touching the floor. Vega took a bit longer and got covered in cement.’