A speech by the Chinese ambassador to Australia has been spectacularly disrupted by protestors objecting to his country’s occupation of Tibet.

In a trainwreck speech to the Australia-China Relations Institute at the University of Technology in Sydney, Xiao Qian found his opening remarks derailed four times after protestors stood up holding pieces of paper protesting China’s role in Tibet.

The first protestor, a well-dressed middle-aged man, was silent and bowed to the crowd as he was shuffled to the exit by security.

But two more female protestors yelled loudly as they drew attention to China’s ‘oppression’ of Tibetans while many in attendance approached them taking photos and video on their phones. 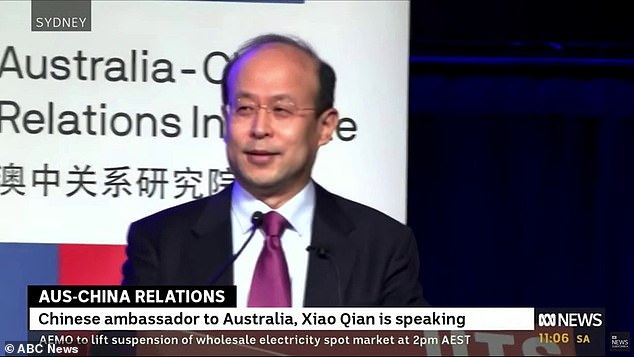 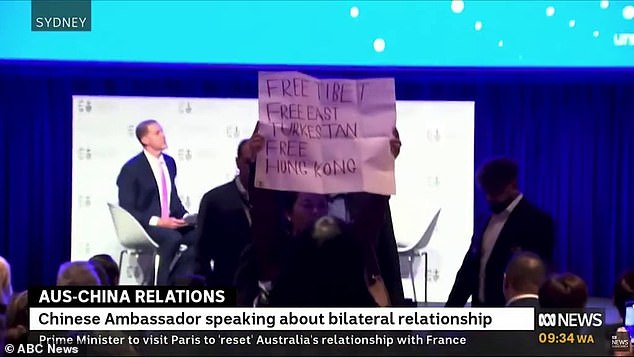 In all five or six protestors were removed from the room, objecting to issues from China’s occupation of Tibet to its crackdown on Hong Kong’s autonomy

In all it’s believed there were about five or six protestors removed from the room. Some are believed to have also been protesting China’s crackdown on Hong Kong’s autonomy.

Mr Xiao appeared shaken by the protests, stopping his speech as the protestors were moved from the venue.

‘It is a shame our friends are not still with us because if they hung around I feel quite confident that after this question and answer session, they too would have agreed that this discussion we are going to have is not just a series of Dorothy Dix questions,’ Mr Laurenceson said.

China has occupied Tibet since 1951 where it has been accused by opponents of its presence of conducting ‘cultural genocide’.

Ambassador Xiao is the 15th Chinese ambassador to Australia and only assumed his role based in Canberra in January this year. 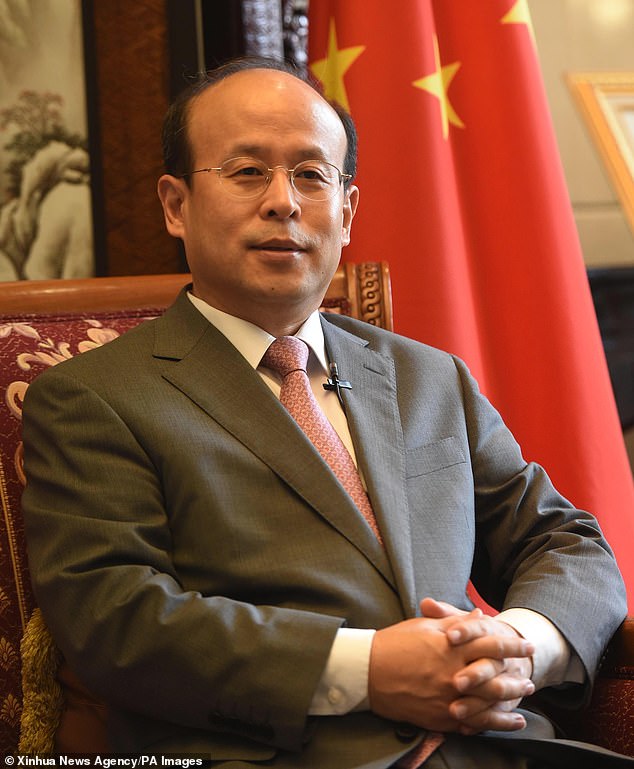 US Supreme Court to overturn ruling that legalised abortion