The wife of actor Chris Noth, who faces sexual abuse accusations from four women, was spotted crying in her car alone in Los Angeles on Thursday.

Tara Wilson, 39, was pictured visibly weeping inside her car and was spotted not wearing a wedding ring.

She was also seen having a phone conversation before going to a local grocery store.

Noth, 67, has been fired from CBS’ The Equalizer and had an ad for Peloton that featured the actor pulled from circulation after the allegations broke late last year.

Two women, using the pseudonyms Zoe, now 40, and Lily, now 31, told the Hollywood Reporter on December 17 that Noth raped them.

One of Noth’s other accusers claimed the actor groped her when she was working as a hostess and lounge singer at the Midtown Manhattan restaurant Da Marino in 2010. She was 18 at the time and Noth was 55.

DailyMail.com photographers captured Wilson on Thursday in her car. She was later seen on the phone wearing a black face mask, sunglasses, blue leggings and a black teddy sweater before going into a grocery store.

Noth was seen on January 4 out late during the afternoon, bundled up with a black mask and dark green winter hat on, with his hands in his brown winter coat. 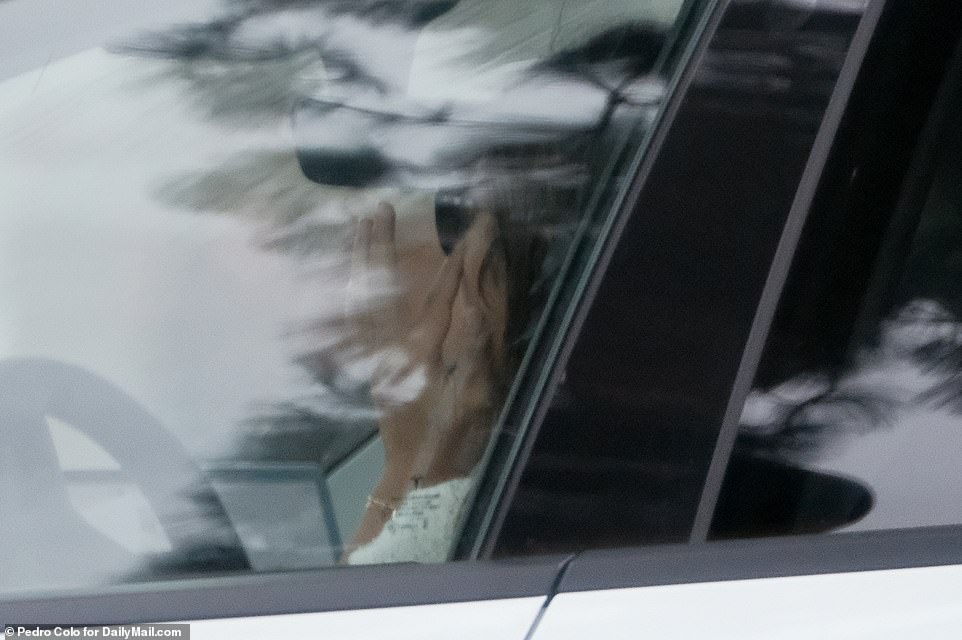 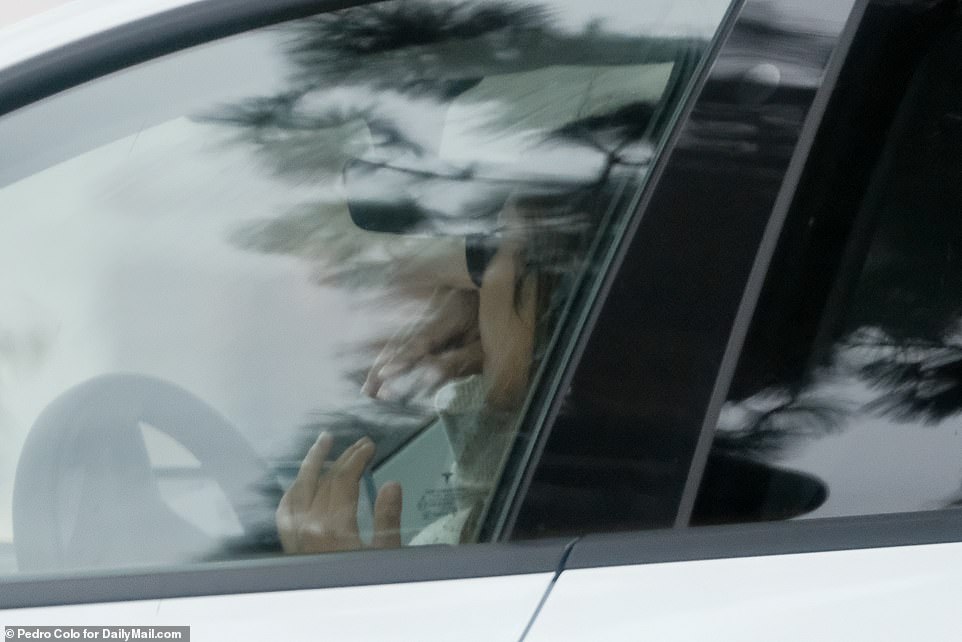 Pictured: Wilson wiping her face after crying in her car alone 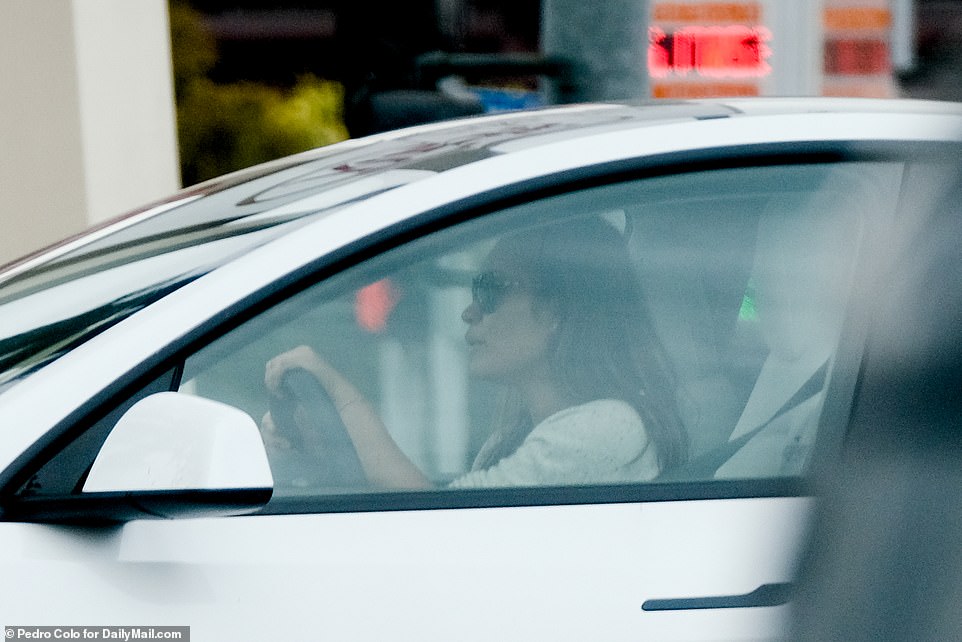 Wilson is pictured driving in Los Angeles, where she was spotted crying in her vehicle Thursday 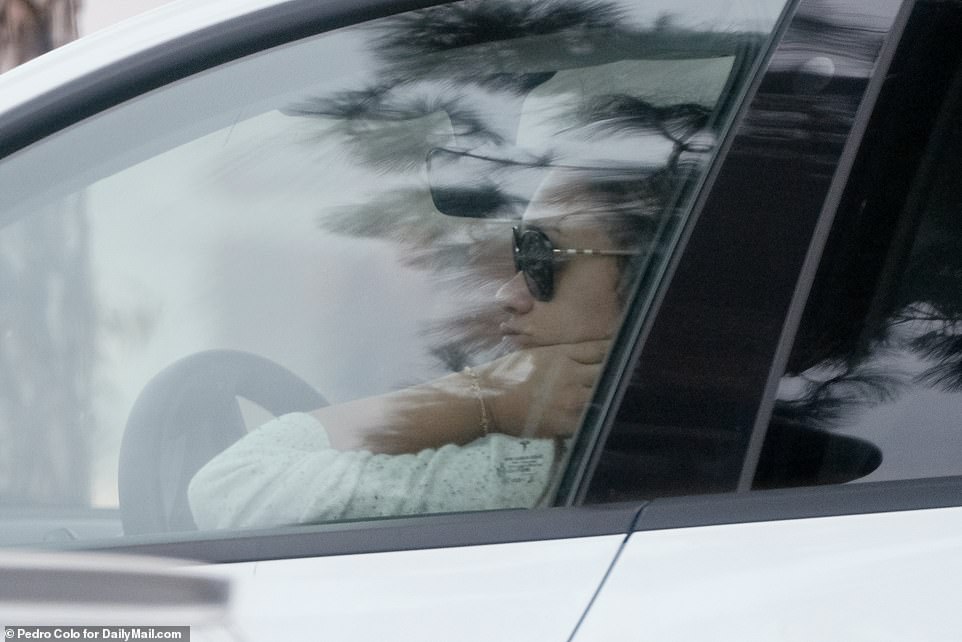 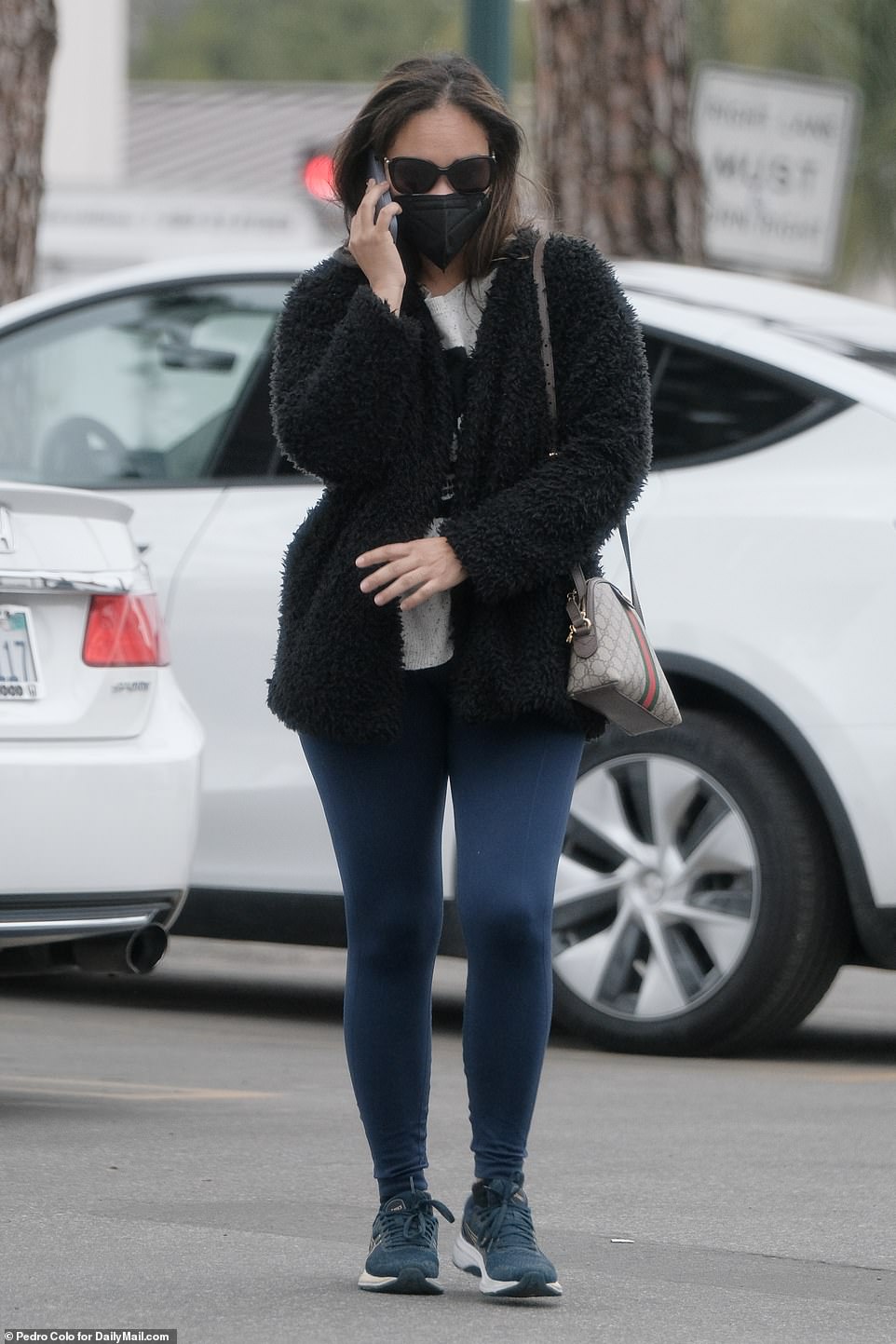 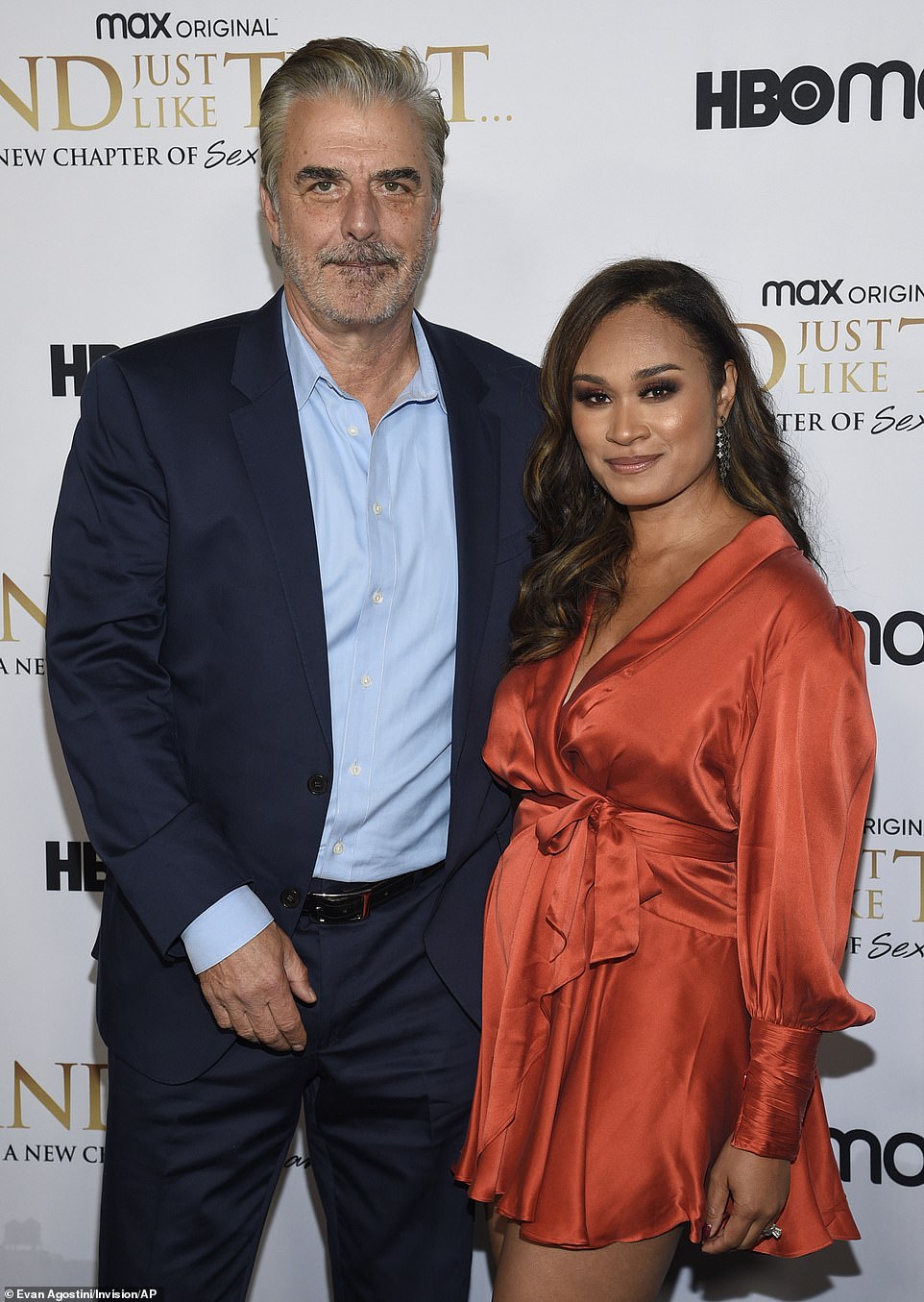 Noth and Wilson have been married since 2012 and together for almost 20 years. Noth has admitted to multiple affairs he called ‘consensual’ while dating Wilson

In a statement to The Hollywood Reporter, Noth, now 67, admitted that he had ‘consensual encounters’ with the two of his accusers, but he strongly denied any accusations that he assaulted them.

‘The accusations against me made by individuals I met years, even decades, ago are categorically false,’ his statement reads.

‘These stories could’ve been from 30 years ago or 30 days ago — no always means no — that is a line I did not cross. The encounters were consensual.

‘It’s difficult not to question the timing of these stories coming out. I don’t know for certain why they are surfacing now, but I do know this: I did not assault these women.’

Chris returned home holding a letter in a package as he went back into his Manhattan apartment.

Noth has denied allegations of forcibly raping two women, but admitted to the sexual encounters during his relationship with Wilson, insisting they were ‘consensual.’

Meanwhile, 1995 court documents have surfaced detailing claims from Noth’s supermodel ex-girlfriend Beverly Johnson, who accused him of ‘beating her’, ‘making death threats’ against her, and ‘threatening to disfigure her’.

Just prior to Christmas, a fourth woman came forward with allegations, saying that Noth had forcibly groped her.

Lisa Gentile, 54, claims she was ‘sexually abused’ by the actor in 2002 when she frequented Da Marino’s restaurant in Manhattan, where she met Noth, and the two became acquaintances.

One night, she said in a statement, Noth went up to her apartment because he said he wanted to see where she lives, but once he was upstairs, she said, he started kissing her and forcibly pulled her against him.

He then squeezed her breasts she said, before sliding his hands under his shirt.

‘I kept pushing his hands down, while he was pushing mine up…I was trying to get him to stop,’ she said in a statement on Thursday, claiming he then pulled her hand towards his penis.

She said she was finally able to push him off, after which point, Gentile claims Noth got mad and started calling her a ‘tease’ and a ‘b****.’

The next day, she said, Noth called her friend’s phone and warned her that if she told another person about what happened she would be blacklisted in the industry.

Her attorney, Gloria Allred claims that the experience was ‘traumatic’ for Gentile, noting: ‘It’s had a very serious emotional impact on her.’ 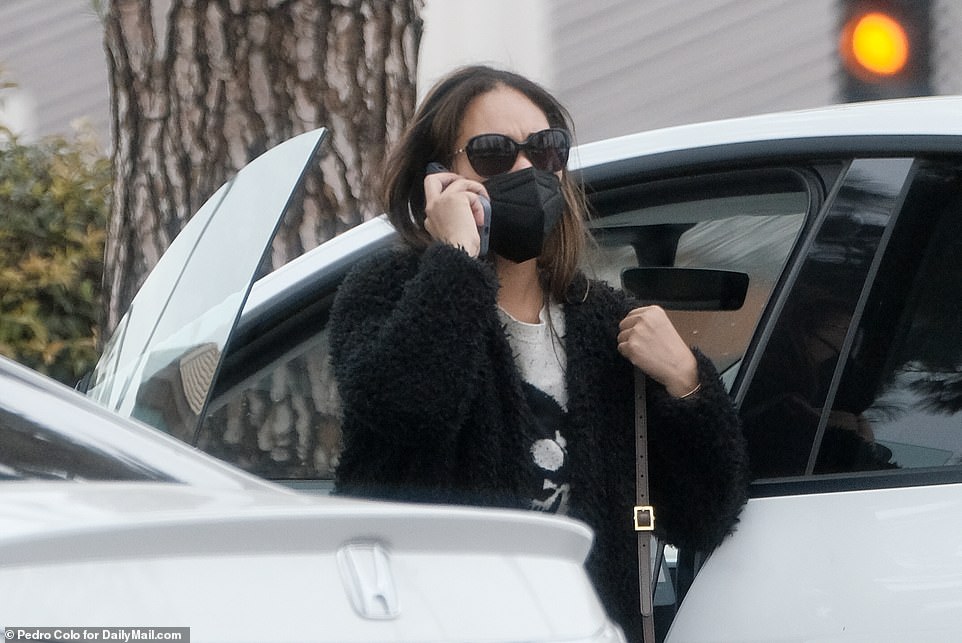 Wilson left the car after being spotted crying alone before making her way to a nearby grocery store Thursday, sans wedding ring 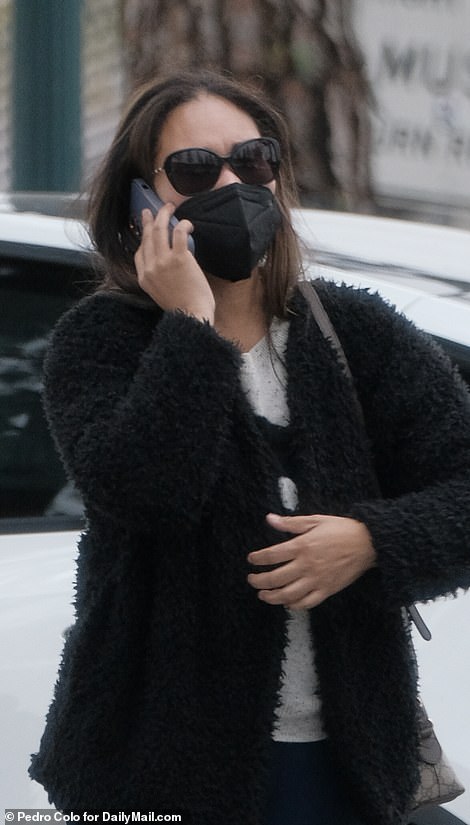 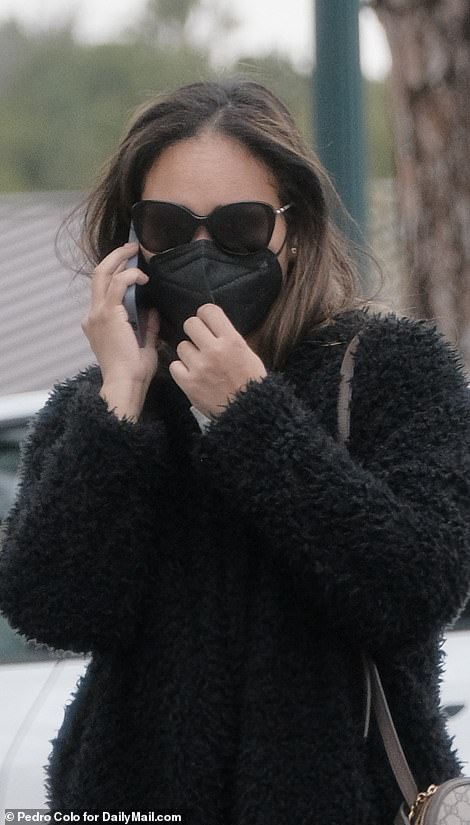 She claimed he was constantly drunk at the restaurant and repeatedly pulled her onto his lap while groping her and ‘pressing me onto his erection.’

Both of those accusers in the report claimed that Noth had sex with them from behind while stood in front of a mirror, with the first attack allegedly taking place in 2004, while the second reportedly occurred in 2015, three years after Noth married his wife, Tara Wilson, with whom he has two children.

The two women both also allege that the attacks took place in one of Noth’s homes – the first in his Los Angeles apartment and the second in his New York City property – after the actor invited them over.

Both women claim that the recent publicity surrounding the Sex and the City reboot – And Just Like That – ‘stirred painful memories’ of their encounters with Noth, who has featured heavily in the news in the past week as a result of the shock death of his character, Mr. Big, in the first episode of the new series.

In a statement to The Hollywood Reporter, Noth, now 67, admitted that he had ‘consensual encounters’ with the two women in the Hollywood Reporter story, both of which reportedly took place while he was in a relationship with his wife, but he strongly denied any accusations that he assaulted them. 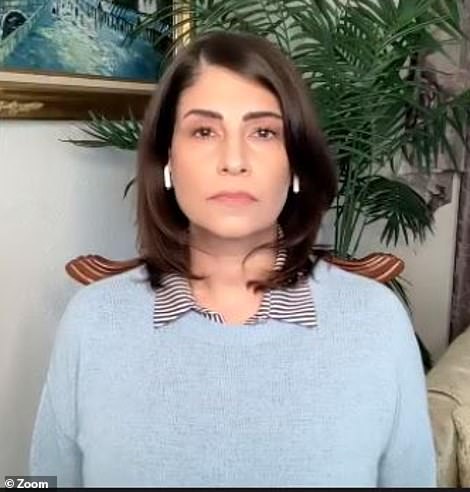 ‘The accusations against me made by individuals I met years, even decades, ago are categorically false,’ the statement reads.

‘These stories could’ve been from 30 years ago or 30 days ago — no always means no — that is a line I did not cross. The encounters were consensual.

‘It’s difficult not to question the timing of these stories coming out. I don’t know for certain why they are surfacing now, but I do know this: I did not assault these women.’

After the photographer suggested that Noth is ‘innocent until proven guilty’, the actor replied: ‘Well yeah, but you know that’s the way it is’, before saying he ‘hopes’ that he will get to spend the holidays with his wife of nine years and their two sons. 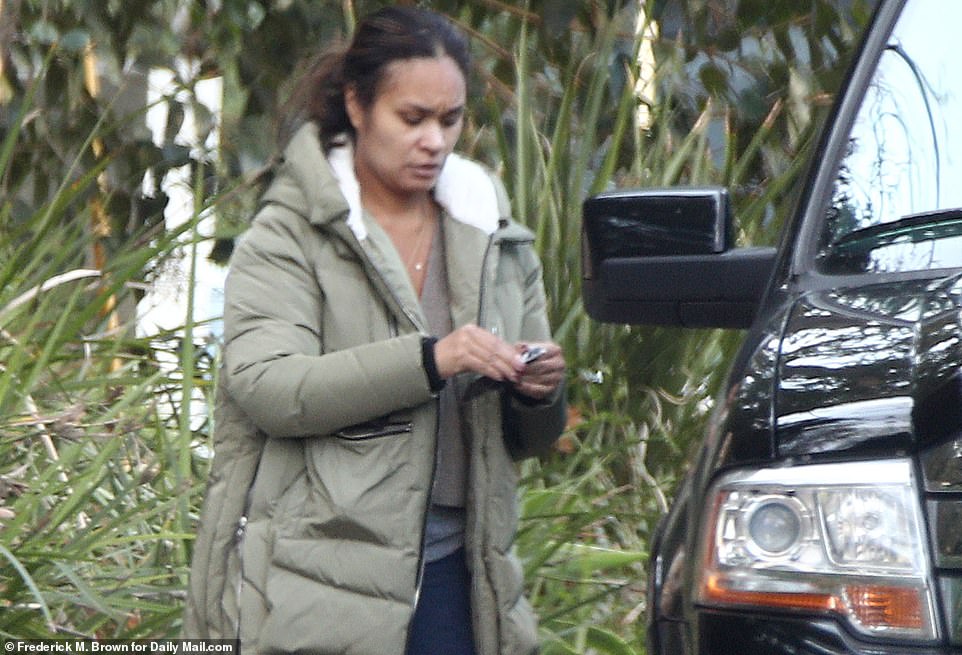 Noth’s wife of nine years, Tara Wilson, was last seen the week before Christmas outside the family’s home in Sherman Oaks, California, without her wedding ring on 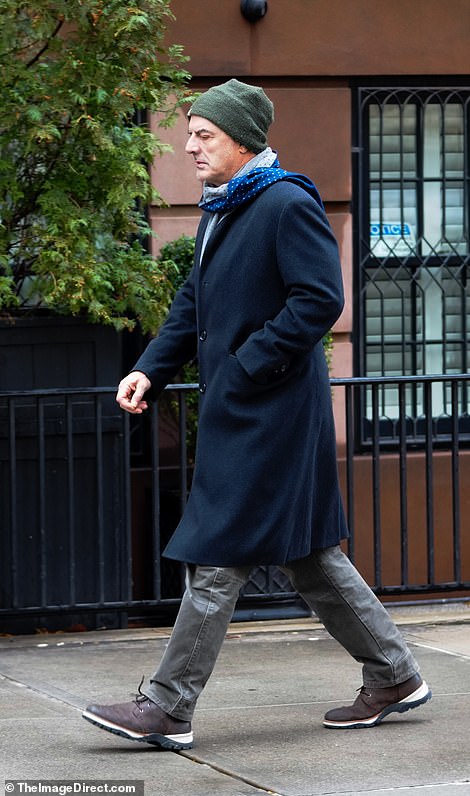 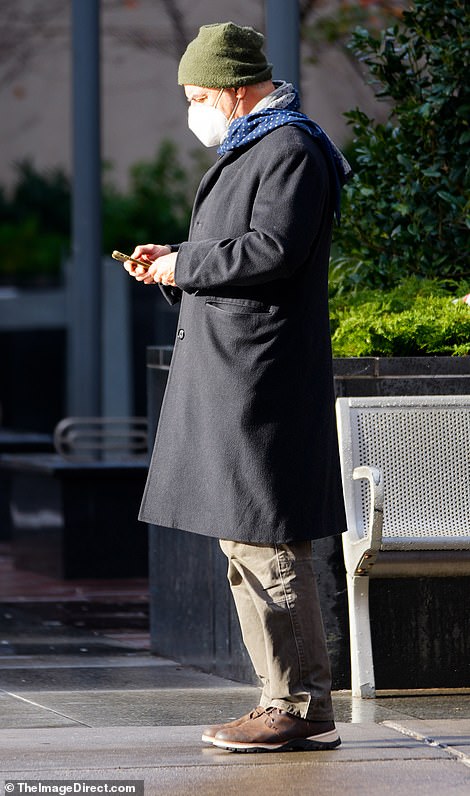 When asked for further comment on the matter by a photographer last week, Noth simply said: ‘You have my statement right? My statement is out, I rest by my statement, I’ll now let the chips fall where they may’

He then flashed a smile and a peace sign at the camera, before walking off.

One of the accusers – using the pseudonym Zoe – said she first met Noth while working ‘in an entry-level position at a high-profile firm where Noth and other celebrities regularly had business’ in 2004.

She claims that the actor – who was then at the height of his Sex and the City fame and, according to Zoe’s then-boss was seen as a ‘god’ by her and colleagues – began flirting with her in the office.

At the time, Noth had been dating his now-wife Wilson for three years; the pair began their relationship in 2001 after first meeting at The Cutting Room, a New York jazz club owned by the actor, where Wilson, who was in her early 20s at the time, worked as a bartender.

However, according to Zoe, the actor began leaving ‘flirty’ messages on her voicemail – which her boss alerted her to.

Courtney Stodden gets inked with image of Marilyn Monroe: 'I will always wear Marilyn with pride'

Why WFH Is bad for you: The daily commute is good for your mind and your waistline, scientists say